(Newsweek) — A 1,200-page dossier containing the names of 34 “actively gay” priests and six seminarians in Italy has been sent to the Vatican by the archdiocese of Naples.
The allegations were compiled by Francesco Mangiacapra, a gay male escort who told local media he couldn’t put up with the priests’ “hypocrisy” any longer.
“The aim is not to hurt the people mentioned, but to help them understand that their double life, however seemingly convenient, is not useful to them or to all the people for whom they should be a guide and an example to follow,” Mangiacapra said, as reported by the Corriere della Sera.
Cardinal Crescenzio Sepe, an Italian Cardinal and the current Archbishop of Naples, said in a statement that none of the priests who were named in the dossier were stationed in Naples. He claims he forwarded the document to the Vatican because “there remains the gravity of the cases for which those who have erred must pay the price, and be helped to repent for the harm done.”
Continue reading this story >>
Posted by John at 2:33 PM Links to this post

TURKISH PAPER CLOSE TO ERDOGAN CALLS FOR "OIC ARMY OF ISLAM" ATTACK
AGAINST ISRAEL
BY CHRISTINE DOUGLASS-WILLIAMS
SEE: https://www.jihadwatch.org/2018/03/turkish-paper-close-to-erdogan-calls-for-oic-army-of-islam-attack-against-israel; republished below in full unedited for informational, educational, and research purposes:

The Turkish daily newspaper Yeni Şafak, which is said to be close to Islamic supremacist despot President Recep Tayyip Erdogan and his ruling AKP party, published an article titled “A Call for Urgent Action.” The article called on Organization of Islamic Cooperation (OIC) member states “to form a joint ‘Army of Islam’ to besiege and attack the state of Israel.” The article included a strategic plan with an interactive map and hailed Pakistan, “the only nuclear country,” saying that it has “‘a special status’ among the OIC countries.”
Given the direction of Erdogan — who has repeatedly expressed ambitions for a revived Ottoman Empire — this jihadi “call for urgent action” against Israel is troubling.
After the 2016 Turkish coup attempt, a Fox report noted that a virulent form of anti-Semitism had become “a feature, not a bug” in Turkey, and that even the “Gülen boogeyman meme takes on shades of ‘must be the Jews’ as well. Pro-Erdogan media have claimed that exiled cleric Fethullah Gülen must have Jewish lineage, thereby putting Jews at the center of the supposed coup plot.”
Israeli Muslim politician Taleb Abu Arar also accused Israel of supporting the coup in Turkey.
Also, not long ago, 90,000 mosques invokec Qur’anic “conquest” prayers calling on Muslims to be “ruthless against unbelievers,” right before Erdogan’s troops were deployed against the Kurds. 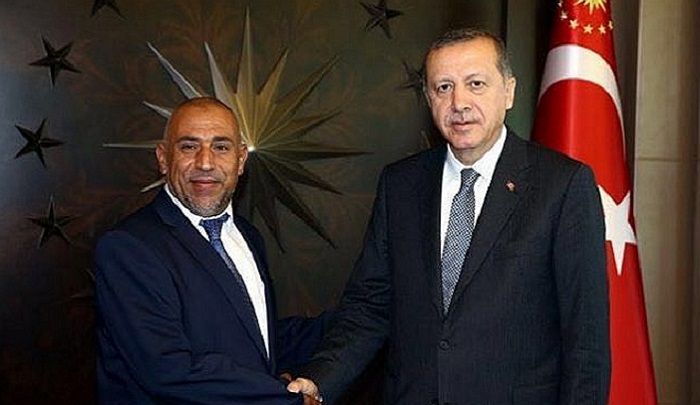 “Turkish Newspaper Close To President Erdogan Calls To Form Joint Islamic Army To Fight Israel”, Memri, March 7, 2018:
Introduction: On December 12, 2017, ahead of the summit of the Organization of Islamic Cooperation (OIC) in Istanbul, the Turkish daily Yeni Şafak, which is close to President Recep Tayyip Erdoğan and his ruling AKP party, published an article titled “A Call for Urgent Action,”[1] which also appeared on the paper’s website under the title “What If an Army of Islam Was Formed against Israel?”[2] The article called on the 57 member states of the OIC to form a joint “Army of Islam” to besiege and attack the state of Israel. It notes that such a joint army will greatly exceed the Israeli army in manpower, equipment and budget, and presents statistics to prove this. It also advocates establishing joint bases for the army’s ground, air and naval forces that will arrive from all over the Muslim world to besiege Israel, while noting that Pakistan, as the only nuclear country, has “a special status” among the OIC countries. An interactive map provides information on military forces stationed in various locations and the role they can play in the potential joint Muslim attack on Israel.

The Source Of The Yeni Şafak Article: The SADAT Company Website
The main points of the article are taken from the website of the Turkish SADAT International Defense and Consulting Company, which provides consultancy on defense and warfare, both conventional and unconventional, and on military organization, training and gear. The company has an agenda of promoting pan-Islamic military cooperation. According to its mission statement, it seeks “to establish defense collaboration and defense industry cooperation among Islamic countries, to help the Islamic world take its rightful place among the superpowers by providing… strategic consultancy and training services to the militaries and homeland security forces of Islamic countries.”[3]
According to Israeli security sources, the SADAT company is involved in aiding Hamas, and seeks to assist – with funds and military gear – the creation of a “Palestine Army” to fight Israel.[4]
SADAT Founder Adnan Tanrıverdi
The SADAT company was founded by Erdoğan’s senior advisor on military affairs, retired general Adnan Tanrıverdi, and is chaired by his son, Melih Tanrıverdi. Adnan Tanrıverdi (b. 1944) served in the Turkish army’s Artillery Corps and headed the Home Front Command in northern Cyprus. He is an expert on assymetric warfare, and was dismissed from the Turkish military in 1996 for his Islamists leadnings. A former Turkish army officer, Ahmet Yavuz, described him as “an enemy of Atatürk” and stated that his dismissal from the army was not surprising…..

Posted by John at 2:22 PM Links to this post 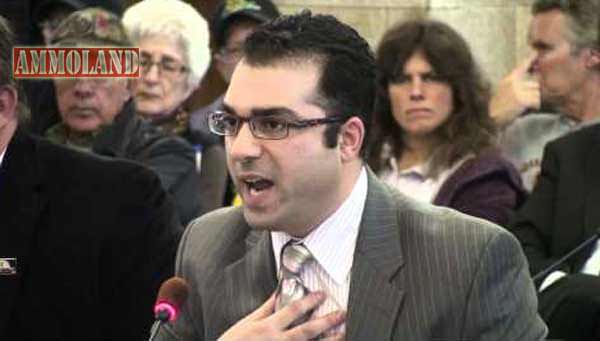 New Jersey –  -(Ammoland.com)- Dear President Trump,
I’m Alexander Roubian with the New Jersey Second Amendment Society.
First and foremost, I’d like to thank you for all of you’ve done for New Jersey gun owners so far. Specifically, you’ve appointed some great judges to the federal courts that we hope will one day dismantle our state’s unconstitutional gun control schemes, and for that the membership of NJ2AS is truly grateful.
We at NJ2AS understand that in the wake of the mass murder in Parkland, Florida, some forms of corrective action must be taken. Despite the clear missteps of multiple law enforcement agencies and school administrators that led to this tragedy, we heard you loud and clear when you said you want new gun laws.
Mr. President, all we ask is that the voice of real, law-abiding gun owners from New Jersey be heard. Unfortunately, NJ2AS members know all too well about the implications of mainstream media propaganda promoting “common sense” gun control.

We already have an out-of-control governor in New Jersey pushing over 20 new gun laws that won’t do a thing to save lives.

And how can we forget the countless innocent people who have been victim to New Jersey’s confusing and draconian gun laws that have entrapped innocent people to serve over 10 years for their lawfully acquired firearms?
Remember Brian Aitken, Shaneen Allen, Steffon Josey, Meg Fellenbaum… the list goes on and on! We know the lunacy of New Jersey gun laws all too well, and we need your leadership to take a stand for gun owners across America, especially New Jersey.
We at NJ2AS are asking that if any gun control bill comes across your desk, it guarantees New Jersey citizens the right to concealed carry. Without such a deal, there’s no such thing as “common sense” gun laws – only the further erosion of our rights with no actual benefit.
Finally, Mr. President, we hope you visit www.NJ2AS.org and become a member and stand in solidarity with New Jersey gun owners. We could definitely use your leadership and support in this crucial time in American history.
Sincerely,
Alexander Roubian
President
New Jersey Second Amendment Society (NJ2AS)

About:
New Jersey Second Amendment Society – The NJ2AS uses innovative and bold direct-action tactics to expose, document, and take results-oriented action to confront anti-Second Amendment policies and legislators. By Defending, Protecting, and Preserving the Second Amendment within New Jersey, the NJ2AS works to ensure that our civil rights are restored, no longer degraded, and to prevent NJ from being used as a laboratory to destroy the Second Amendment nationwide. Visit: www.nj2as.com

VACCINES THAT ALTER YOUR DNA