HILLARY CLINTON IS HUMPTY DUMPTY, NOTHING CAN PUT HER BACK TOGETHER AGAIN~PHYSICALLY, MENTALLY, SPIRITUALLY

HILLARY CLINTON IS HUMPTY DUMPTY, NOTHING CAN PUT HER BACK TOGETHER AGAIN
Published on Sep 13, 2016
Is this the end of Hillary Clinton? Does her collapse at the 9/11 memorial signal the beginning of her collapse in the polls as well?


The cult of Hillary was called in to answer for their privatized investigation into Clinton’s emails. Facing the Oversight and Government Reform Committee, spokespersons for the DOJ, State Department, FBI, Department of National Intelligence, The CIA, The Geo spatial Intelligence Agency, and The NSA faced a frustrated Congress that had been given the cold shoulder when it came to the sharing of key details of Hillary Clinton’s endangerment of U.S. National Security.

The mouthpieces of the Shadow Government betrayed the American people in full daylight. Representing a decades old Shadow Government that answers to a well established network of global multi corporations that view Congress and the American Constitution as meaningless. And the hubris is strong, as global government has just a few more building blocks to set before we are all under a one world government. Teddy Roosevelt once said “ Behind the ostensible government sits enthroned an invisible government owing no allegiance and acknowledging no responsibility to the people.”

LAST MONTH OF OPEN, UNCENSORED INTERNET
Published on Sep 14, 2016
President Obama wants this to be the last month of an open, uncensored internet guaranteed by the U.S. government. His plan to end American stewardship would hand new power to authoritarian governments offended by the internet as we know it. 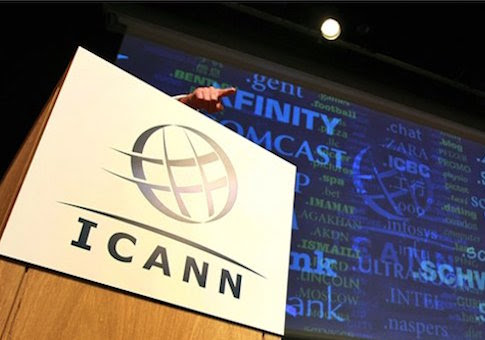 Obama administration pushing to hand over control of internet to ICANN

BY ADAM KREDO
SEE: http://freebeacon.com/issues/internet-group-icann-boosted-member-transfer-u-s-tech-iran/; republished below in full unedited for informational, educational, and research purposes:

The international organization the Obama administration is pushing to hand control over the internet to has provided official accreditation to people who have transferred technology to Iran, worked with North Korea, and ordered “murders-for-hire,” according to congressional testimony that raises questions about the organization’s practices.
Obama administration efforts to hand over control of America’s Internet to The Internet Corporation for Assigned Names and Numbers, or ICANN, an international coalition of 162 countries and entities, have sparked outrage on Capitol Hill, where critics allege the move would stifle the free flow of information.
Experts familiar with ICANN’s structure testified before Congress on Wednesday that the organization has failed to act in a transparent and accountable fashion, raising questions about how it would operate free from U.S. government oversight.
On multiple occasions, ICANN has provided official accreditation to people operating as an “arm of a criminal network,” including one person who pled guilty to transferring U.S. technology to Iran, according to testimony by John Horton, president and CEO of LegitScript, which works with international governments.
ICANN continues to provide legitimacy to these organizations despite mounting evidence they have engaged in illegal activity, according to Horton, who explained that these criminal sites “remain online because ICANN green-lighted the registrar’s refusal to investigate or take action.”
One of these outfits is ABSystems, a “rogue internet pharmacy network” that provided cover to its founder, Paul Le Roux, who has been dubbed the “most successful criminal mastermind you’ve never heard of.”
“In December 2013, Paul Le Roux pleaded guilty to crimes involving North Korean methamphetamine trafficking, the transfer of US technology to Iran, and several murders-for-hire,” according to Horton’s testimony, which was offered to the Senate Judiciary Committee. “Mr. Le Roux, a Zimbabwean national … remains in US custody, pending sentencing.”
Le Roux financed his illegal endeavors “by operating as an ICANN-accredited domain name registrar, creating a rogue internet pharmacy network through his ability to register domain names unimpeded,” according to Horton.
Oversight failures on ICANN’s behalf led to Le Roux being accredited until at least 2013. However, “it wasn’t until 2016 that information about the link between Mr. Le Roux’s accreditation by ICANN as a registrar and his diversion of US technology to Iran, murders-for-hire, trafficking in North Korean methamphetamine, and arms smuggling [came] to light,” according to Horton.
Horton highlighted ICANN-accredited organizations across the globe that operate illegal black market pharmacies, including one that has been found to be operating as “part of a Russian cyber criminal network.”
These oversight failures just scratch the surface, according to Horton, who testified at a hearing led by Sen. Ted Cruz (R., Texas), who is leading an effort to stop the Obama administration from handing control of the Internet to ICANN.
Cruz is spearheading legislation that would block the Obama administration from spending any money on this effort. The bill is backed by at least 25 other senators.
One senior congressional source working on the matter told the Free Beacon that ICANN cannot be trusted to preserve internet freedom.
“Proponents of the transition want us to simply take their word that freedom on the Internet will be protected by ICANN, a multi-stakeholder organization consisting of 162 foreign countries, private corporations and other interests, because its bylaws prevent it from fleeing U.S. jurisdiction and are designed to prevent any one bad actor from gaining too much influence,” the source said.
“But bylaws can be changed, as was established during the hearing today,” the source explained. “Mr. Marby, CEO of ICANN himself, admitted ICANN is not subject to the First Amendment to the U.S. Constitution. Bylaws intended to prevent one bad actor from gaining influence can be changed to allow them greater influence. This is not the kind of organization the American people should feel confident in protecting their interests and protecting freedom on the Internet.”

"POWERING THROUGH"
Published on Sep 14, 2016
Phoning in to her favorite news network CNN Monday, Hillary Clinton said that she didn’t publicize her health problems because she “didn’t think it was going to be that big a deal.” Then again, what is a big deal to Clinton?
ON THE PHONE WITH CNN: A SELF APPRAISAL OF HER HEALTH EPISODES?
CAN YOU BELIEVE THIS NARRATIVE?

Trump: Hillary is Disqualified From The Election for Hillary’s Brain Tumor, Etc. & Her Gross Insults Hurled at the American People

Posted by John at 8:29 AM Links to this post