WHEN MONEY & POWER ARE THE ROOT OF ALL EVIL:
1 Timothy 6:10
"For the love of money is a root of all kinds of evil,
for which some have strayed from the faith in their greediness,
and pierced themselves through with many sorrows."
HAS YOUR STATE BEEN BRIBED TO ACCEPT "COMMON CORE"?
IS IT FOR THE LOVE OF MONEY
AT YOUR EXPENSE?
THEN THIS IS A COMPARABLE THREAT TO YOU
AND YOUR FAMILY! 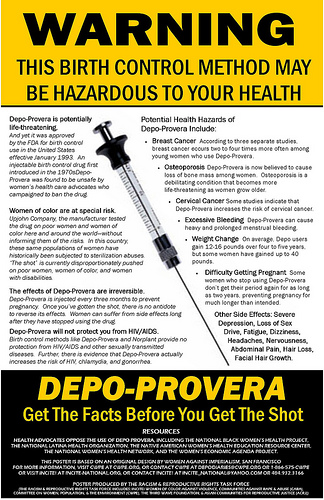 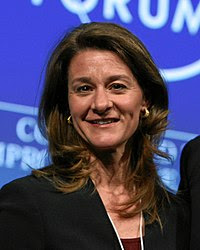 "Let's put birth control back on the agenda":

THE LIBERAL MEDIA IS ENTHRALLED WITH THE $60 BILLION BEING "GIVEN AWAY" BY THE GATES FOUNDATION AND BILL AND MELINDA GATES, AND CAREFULLY EDITS OUT THE WELL INTENTIONED FAILURES:

Gates Foundation Giving A Fortune Away

The New Headquarters in Seattle, Washington

INTERVIEWER: "BILLIONAIRE PHILANTHROPISTS AREN'T LIKE YOU AND ME"
BILL GATES: "WE DIDN'T HAVE ANY CONSUMPTION IDEAS", JUST A SHARP
FOCUS ON "TRANSFORMING SOCIETY":

But Why should Bill and Melinda Gates and the Gates Foundation be trusted with their millions invested in Common Core, when their population control initiatives in Africa and Asia have had ill effects especially on women, despite Melinda's sales job.
The New American reported in 2010:
http://thenewamerican.com/usnews/politics/item/2881-global-obamacare-and-world-population-control.

"The Gates connection to the GHI is so extensive that it is probably not an exaggeration to say the Obama Global Health Initiative represents the successful transfer of the Bill and Melinda Gates Foundation's global health policies into official U.S. policy, with the costs also being transferred to the U.S. taxpayers."

"If we go over to the Global Health Council (GHC), a major advocacy group for GHI, we find that it is heavily funded by the Gates Foundation and has a large representation of Gates' folks directing it.  The GHC's board of directors includes Julio Frenk and William Foege, both fellows at the Gates Foundation, and Valerie Nkamgang Bemo, a senior program officer of the Foundation."

"The Secret “Good Club”
What Clinton and Obama do not mention is that the Obama Global Health Initiative is not Obama’s initiative at all, but merely his continuation and expansion of the UN’s global population-control program, which is a priority concern for some of the world’s wealthiest elites who want to see the planet’s human population drastically reduced. The real initiators of Obama’s GHI (Global Health Initiative) are Bill Gates, George Soros, Ted Turner, Oprah Winfrey, David Rockefeller, the World Economic Forum, and similar population-control elitists."
"The Gates connection to the GHI is so extensive that it is probably not an exaggeration to say that the Obama Global Health Initiative represents the successful transfer of the Bill & Melinda Gates Foundation’s global health policies into official U.S. policy, with the costs also being transferred — to the U.S. taxpayers."
"The Malthusian fanatics of the Good Club and their fellow billionaire population-control elitists may claim to want “independence” from government, but what they really want is independence from public scrutiny, accountability, and oversight, while at the same time enjoying public financing and government implementation of their programs."

The latest article from the New American is:
http://thenewamerican.com/usnews/health-care/item/16799-gates-foundation-pushing-dangerous-contraceptives-on-black-populations:

"The Bill and Melinda Gates Foundation is taking fire from leaders of Black organizations and human rights advocates for funding and promoting a new form of the controversial contraceptive Depo Provera, particularly aimed at women in Africa and developing countries."
“Depo Provera (made by the Pfizer Corporation), the most deadly contraceptive (according to the FDA), is being marketed with malice and forethought at our precious women and girls of African descent world wide,” said Dr. Randy Short, a spokesman for the Washington, D.C.-based Rebecca Project for Human Rights, in a scathing statement earlier this year exposing the Gates-Depo Provera scheme."

"(ONE OF THE) 'YOUNG, RESTLESS, REFORMED'
(book by Collin Hansen),
CHARISMATIC 'POPES OF THE CAROLINAS'"
(coined by KEN SILVA OF:
WWW.APPRISING.ORG)
WHAT TODAY'S AMERICAN MEGA-CHURCH PASTOR LOOKS LIKE:

STEVEN FURTICK'S YOUTUBE MESSAGE TO THOSE
USING BIBLICAL DISCERNMENT AND WANT TRANSPARENCY
FROM HIM AND HIS CHURCH: "HEY HATERS: YOUR DAY IS DONE":

Of special interest for those abused and/or defrauded by churches and pastors is the Trinity Foundation of Ole Anthony:
http://trinityfi.org/2013/10/24/mega-pastor-steven-furtick-faces-examination-2/, and
http://en.wikipedia.org/wiki/Ole_Anthony.

Confidentality Agreement for church members and volunteers of Elevation Church to sign:
https://www.dropbox.com/s/qed1hegtmh54wmp/Confidentiality%20Agreement%20Form.%20pdf.pdf.

Chris Rosebrough of Fighting for the Faith and Furtick's "narcissistic eisegesis":

The New American presents this important and revealing video about the data mining of schoolchildren and the FERPA law being changed to usurp parental privacy rights. See:
http://www.thenewamerican.com/culture/education/item/16811-alongside-common-core-feds-will-vacuum-up-data-on-kids.
VIDEO:
http://www.youtube.com/watch?v=JY2W7Xe42wk
Posted by John at 8:13 AM Links to this post