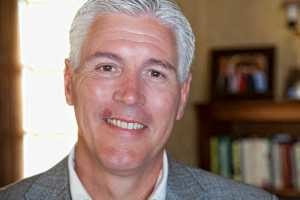 University President on Why Trump Not Invited: ‘I Refuse to Let Desire to Win Trump Moral Compass’

BY HEATHER CLARK
SEE: http://christiannews.net/2016/01/28/university-president-on-why-trump-not-invited-i-refuse-to-let-desire-to-win-trump-moral-compass/; republished below in full unedited for informational, educational, and research purposes:

BARTLESVILLE, Okla. — The president of a university in Oklahoma has released a post about why he will not be the next professing Christian university president to invite Republican presidential candidate Donald Trump to address students.
Dr. Everett Piper of Oklahoma Wesleyan University expressed his thoughts this week on the university website in response to local media inquiring whether he, like Liberty University President Jerry Falwell, Jr., would welcome Trump to have the podium.
“My answer has been simple and brief. No, I will not,” he wrote.
Piper said that at his university, unless the event is a debate, speakers need to align with biblical principles and be in step with the school’s mission.
“In selecting speakers for Oklahoma Wesleyan, party affiliation and political positions do not matter. Personal conduct, public statements, theological integrity and moral consistency do,” he explained, stating that he believes he owes it to students and faculty to screen prospective speakers in such a manner.
“In short, unless it is an open debate where different sides of the issue will be presented, we choose speakers who generally promote our university’s mission and who do not stand in opposition, either in word or deed, to what we claim to hold dear as a Christian community,” Piper outlined.
Piper said that he does not believe that Trump meets that qualification, and discounted pragmatic assertions that one must support Trump out of a desire to keep Hillary Clinton and Bernie Sanders out of the White House. He remarked that while others assert that Christians shouldn’t criticize those on “our side,” he disagrees that Trump is in step with Christianity.
“Anyone who calls women ‘pigs,’ ‘ugly,’ ‘fat’ and ‘pieces of [expletive]’ is not on my side,” Piper said. “Anyone who has been on the cover of Playboy and proud of it, who brags of his sexual history with multiple women and who owns strip clubs in his casinos is not on my side.”
“Anyone who believes the government can wrest control of the definition of marriage from the church is not on my side,” he continued. “Anyone who ignores the separation of powers and boasts of making the executive branch even more imperial is not on my side.”
The university president then contrasted Trump’s beliefs with his own.
“I believe in conserving the dignity of life. I believe in conserving respect for women. I believe in conserving the Constitution. I believe in conserving private property, religious liberty and human freedom,” Piper wrote. “I believe in morality more than I do in money. I hold to principles more than I yearn for power. I trust my Creator more than I do human character.”
“I refuse to let my desire to win ‘trump’ my moral compass,” he continued. “I will not sell my soul or my university’s to a political process that values victory more than virtue. No, Donald Trump will not be speaking at Oklahoma Wesleyan University.”
Piper likewise made headlines last month over a separate blog post entitled “This Is Not a Daycare. It’s a University,” which he penned after a student complained that a sermon during the chapel service on 1 Corinthians 13 made him feel bad because it convicted him about not loving others as Scripture commands.
“I have a message for this young man and all others who care to listen. That feeling of discomfort you have after listening to a sermon is called a conscience,” Piper wrote. “The goal of many a good sermon is to get you to confess your sins—not coddle you in your selfishness.”
“Oklahoma Wesleyan is .. a place to learn: to learn that life isn’t about you, but about others; that the bad feeling you have while listening to a sermon is called guilt; that the way to address it is to repent of everything that’s wrong with you rather than blame others for everything that’s wrong with them,” he said. “This is a place where you will quickly learn that you need to grow up.”

ISLAM'S LAW OF DHIMMI: "PROTECTED PERSONS" AS LONG AS THEY SUBMIT TO ISLAM & PAY PENALTY TAXES