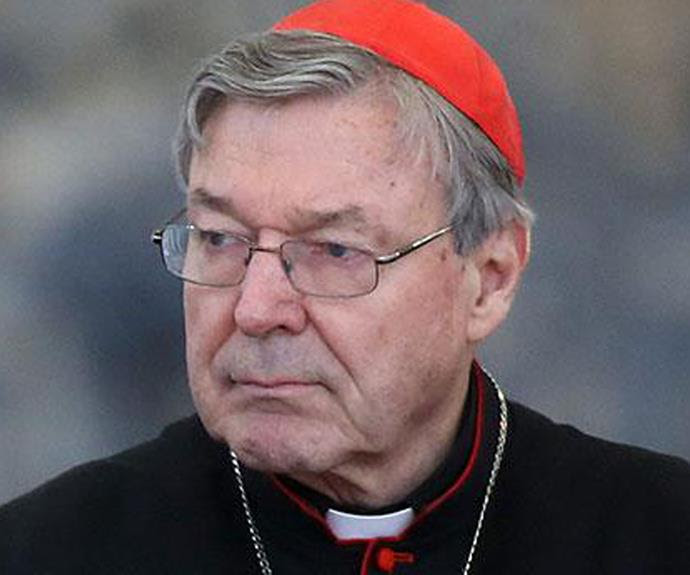 POPE FRANCIS' PEDOPHILE NETWORK IMPLODING
AS HIS TOP AIDE IS INDICTED FOR CHILD RAPE
Published on Jun 29, 2017
Pope Francis stands by one of his top aides as he is indicted for child rape, providing proof to those who see the longstanding links between the Catholic Church and pedophile networks across the world.

In 2013, the new Pope, Pope Francis, said that about 2% of the priests were pedophiles. That would have been about 8,000. Yet 2 years ago, when David Knight interviewed adults with SNAP (a US-based network of survivors of clerical abuse) who had been childhood victims of pedophile priests, the Pope had done nothing about it even though he was in Philadelphia hypocritically promoting “World Meeting of Families”. Today, the 3rd highest ranking Catholic Cardinal George Pell was charged with sex abuse — multiple charges from multiple complainants.
Pope’s Right-Hand Man Indicted For Raping Children
Published on Jun 29, 2017
More proof is emerging that the current Pope is nothing but a Jesuit control tool for the globalists. His chief adviser has been indicted for pedophilia.

CIA Insider: Pedophilia Is Only the Gateway, Vampirism Is The Destination
Published on Jun 29, 2017
Alex Jones talks with CIA insider Robert David Steele about the insanity and depravity of the elite and what their end game is.

Cardinal Pell says sex abuse charges are false
Cardinal George Pell denies sex offences
George Pell is the highest-ranking Vatican official
to be charged with sexual abuse.
Victims condemn Cardinal Pell's lack of empathy
Published on Nov 17, 2016
(3 Mar 2016) Survivors of clerical sexual abuse in Australia condemned Cardinal George Pell's lack of empathy in his testimony before the Australian Royal Commission on Child Sexual Abuse on Thursday.
Pell told the inquiry via videolink from Rome that he was a priest in the Australian city of Ballarat in 1974 when an unnamed student at St. Patrick's College told him that Christian Brothers teacher Edward Dowlan "is misbehaving with boys."
Asked by commission chairman Peter McClellan what he did about it, Pell replied: "I didn't do anything about it."
One victim, Peter Blenkiron appeared to be struggling with tears as he said he was having a "strong emotional response" to Pell's lack of empathy.

Pope Francis' Finance Czar, Cardinal George Pell,
To Move Out Of Vatican Bank
April 15, 2015
SEE: http://www.ibtimes.com/pope-francis-finance-czar-cardinal-george-pell-move-out-vatican-bank-1882702
EXCERPT:
Pope Francis’ finance minister will now be moving into the permanent offices of his new economy secretariat after receiving criticism for taking residence in the Vatican Bank four months ago. Australian Cardinal George Pell’s move comes amid major reorganization of Vatican’s financial structures -- an effort by the pope to reform the Vatican’s administration.
Earlier, critics had questioned if Pell’s occupation of the spacious office of the bank’s president was a way of showing an increased assertion over the bank. Subsequently, questions were also raised on who really led the bank -- the commission or Pell -- the Associated Press (AP) reported. The latest step clarifies that Pell will not have any direct authority over the bank, which is officially known as the Institute for Works of Religion, and is managed by cardinals who directly report to the pope.

FULL PRESIDENT TRUMP SPEECH ON
AMERICAN ENERGY
Posted by John at 11:03 AM Links to this post

U.K. JEWISH SCHOOL COULD BE CLOSED FOR NOT TEACHING LGBT AGENDA

U.K. JEWISH SCHOOL COULD BE CLOSED FOR NOT TEACHING LGBT AGENDA
BY MICHAEL TENNANT
SEE: https://www.thenewamerican.com/culture/faith-and-morals/item/26356-u-k-jewish-school-could-be-closed-for-not-teaching-lgbt-agenda;
An Orthodox Jewish girls’ school in England may be forced to close because it refuses to teach its young students the government-approved line on LGBT issues.
Vishnitz Girls School, a private school with 212 pupils aged three to eight, has endured three inspections over the past year-and-a-half from the British government’s Office for Standards in Education, Children’s Services and Schools (Ofsted). According to The Independent:

While fee-paying schools such as Vishnitz do not operate under the same curriculum as mainstream state schools, they are obliged to meet two separate sets of standards for sex and relationships education laid out by the Department for Education and Ofsted.
Ofsted makes clear that schools are not expected to “promote” ideas about sexual orientation or gender reassignment, but they are expected to “encourage pupils’ respect for other people, paying particular regard to the protected characteristics set out in the 2010 Equalities Act.”
Gill Robins of Christians in Education blogged that the first “emergency inspection” occurred in February 2016, supposedly for “safeguarding concerns.” Subsequent inspections have found that all Ofsted’s concerns but one have been addressed. The latest report says that pupils are “well motivated, have positive attitudes to learning and are confident in thinking for themselves”; teachers are excellent; assessments are properly utilized; students are well-behaved; and the school environment is safe. The report even praises the school for being “clearly focused on teaching pupils to respect everybody, regardless of beliefs and lifestyle.”

There’s just one problem, as Ofsted sees it: Because of their faith, the school’s administrators refuse to teach their young charges about sexual orientation and gender reassignment. “This,” inspectors wrote, “restricts pupils’ spiritual, moral, social and cultural development and does not promote equality of opportunity in ways that take account of differing lifestyles.” In short, if the school’s orthodoxy conflicts with present-day progressive orthodoxy, the school must jettison its very raison d’être.
An Ofsted spokesperson told The Independent, “Parents have the right, on behalf of their children, to expect an education that conforms to their religious beliefs and is in compliance with the law.”
But what happens when their immutable religious beliefs conflict with the ever-changing law? Parents are paying roughly $6,600 a year to send their girls to Vishnitz, presumably because they desire to educate them in the Jewish faith and all it entails, including opposition to homosexual behavior and transgenderism. School officials, perhaps fearing eternal consequences more than temporal ones, told inspectors they would not change their policy on such matters.
Schools Week writes:

According to guidance on regulating independent schools, “schools that do not meet the standards must improve so they do meet them, or close.”
If a school found to be failing any of the independent school standards does not improve, the [Department for Education] has the power to take it off the register, making it a criminal offense to remain open.
Those hostile to faith certainly want to see that happen. Jay Harman, an education campaign manager at Humanists UK, told Schools Week, “If schools are not willing to meet the required standards and are found to be failing time and time again, proper sanctions must be implemented.”
“The argument used to justify such sanctions,” penned Robins, “is that [sexual orientation and transgenderism] are protected characteristics. So is religious belief, but it’s now been made crystal clear by Ofsted that the Equality Act is actually hierarchical, with sexual orientation and gender reassignment at the apex of the Act. All equalities are equal, but some equalities are more equal than others.”
Ofsted, in the words of Catholic Member of Parliament Sir Edward Leigh, “appears to be guilty of trying to enforce a kind of state-imposed orthodoxy on certain moral and religious questions.” Yet even that isn’t enough to satisfy the militant Left. According to The Independent, “LGBT campaigners warned the policy still left ‘loopholes’ for religious schools in that they are allowed some flexibility in their teaching ... ‘in keeping with their faith.’” Undoubtedly they will push for increasingly strict standards that will eventually outlaw the teaching of anything conflicting with the LGBT agenda.
Thus, it is difficult to argue with Robins’ assessment that “there is little chance of the Jewish community being allowed to continue to live in peace, with parents raising and educating their children as they think best.” Indeed, another Jewish school, Bnos Zion of Bobov, has already been investigated for making “no reference to protected characteristics for sexual orientation and gender reassignment,” reports Schools Week.
Christian schools that adhere to traditional biblical teachings cannot be far behind. “In 2014 a highly ranked Catholic school in Suffolk drew criticism from government inspectors for allegedly failing to prepare students for modern life in Britain,” notes the Catholic News Agency. “The school filed a formal complaint about the investigation. The school said parents complained that the inspectors asked children as young as ten about same-sex sexual acts and transsexualism.”
With religious belief and sexual orientation both “protected characteristics” under the law, Robins asserts that the government has “just two options — protect the right of individuals to live and raise their children in accordance with their faith, or make a mockery of the Equality Act by closing schools that fail to comply with your LGBT agenda.” Is there any doubt that, absent a major public outcry, the powers that be will choose the latter?