BENNY HINN: "THE GOSPEL IS NOT FOR SALE"~CONFESSES "CRAZY THEOLOGY", SAYS PROSPERITY GIMMICKS AN "OFFENSE TO THE LORD"~SO IS DECEPTION! NO MORE "FEEL GOOD" MESSAGES?
GOSPEL NOT FOR SALE?
NO MORE QUID PRO QUO FUNDRAISING?
NO CALLING DOWN THE HOLY SPIRIT?
IS THE "STILL SMALL VOICE" A SHAM?
"I AM CORRECTING MY THEOLOGY"?
BENNY HINN, PHILANDERER IN ROME,
WITH PAULA WHITE:
SEE: http://apprising.org/2010/07/30/benny-hinn-and-paula-white-side-by-side/ 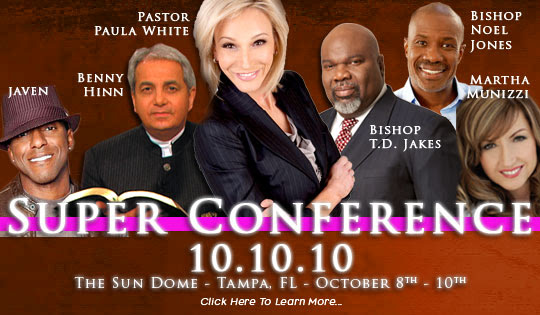 "THE GOSPEL IS NOT FOR SALE"~CONFESSES
"CRAZY THEOLOGY", SAYS PROSPERITY GIMMICKS
AN "OFFENSE TO THE LORD"~
SO IS DECEPTION!
BY HEATHER CLARK
SEE: https://christiannews.net/2019/09/04/the-gospel-is-not-for-sale-benny-hinn-confesses-crazy-theology-says-prosperity-gimmicks-an-offense-to-the-lord/ RAPE, ANTI-SEMITISM & ASSAULTING COPS
WILL GET YOU A STATE JOB IN JERSEY

Something's really rotten in the state of the Democrats

BY DANIEL GREENFIELD
SEE: https://www.frontpagemag.com/fpm/274800/rape-anti-semitism-and-assaulting-cops-will-get-daniel-greenfield;
Posted by John at 3:37 PM Links to this post

CALIFORNIA'S SEDITIOUS SCHOOL CURRICULUM
When being an illegal aliens advocate becomes a graduation requirement
BY SEAN FITZGERALD
SEE: https://www.frontpagemag.com/fpm/274853/fitzgerald-video-californias-seditious-curriculum-sean-fitzgerald;
Posted by John at 3:20 PM Links to this post

BOOTCAMP: BRAINWASHING/INDOCTRINATION
OF CHILDREN BY GLOBALISTS, SOVIET/COMMUNIST STYLE
YOUTH PLEDGE TO U.N. TO BECOME GREEN CITIZENS
After attending the United Nations Civil Society Conference last week in Salt Lake City, Utah, senior editor William F. Jasper shares with Dr. Duke Pesta the Youth Climate Compact that came out of the event. The compact calls for today's youth to pledge to become green citizens, and to commit to cooperate and support the UN's 2030 Agenda for Sustainable Development.
CHALLENGED BY HOMESCHOOLERS
LGBTQ/TRANSGENDER AGENDAS TOO
VERY MUCH CHILD ABUSE
THE REBUKES BY HEARTLAND INSTITUTE:

Posted by John at 2:42 PM Links to this post

ISLAMIC VIEW OF WESTERN WOMEN: 'NOTHING MORE THAN A SLUT, A WHITE WHORE!'

'NOTHING MORE THAN A SLUT, A WHITE WHORE!'

Posted by John at 2:21 PM Links to this post

WALMART SELLS OUT~THE GREATER DANGERS OF MANY PRODUCTS IN THEIR STORES
WHY SINGLE OUT JUST GUNS & AMMO?
INVENTORY INCLUDES A LOT OF FOODS, TOOLS AND SUPPLIES THAT ARE MUCH MORE DANGEROUS
PATRIOT KAITLIN BENNETT TAKES YOU ON A TOUR

AMERICANS' GUN RIGHTS UNDER ATTACK FROM ALL SIDES~GET READY TO KEEP YOURS BY FORCE
BY JOHN FARNAM
SEE: https://www.ammoland.com/2019/09/americans-gun-rights-under-attack-from-all-sides-get-ready-to-keep-yours-by-force;
Posted by John at 10:02 AM Links to this post

"Walmart’s CEO, also a liberal Democrat and who dubiously claims to be a gun-owner himself (they all do), has sanctimoniously declared his stores will no longer sell to us peons “ammunition for short-barreled rifles.” Like Sleepy Joe, he is sublimely ignorant of relevant facts pertaining to firearms, which is not surprising."

ABOVE FROM: https://ratherexposethem.blogspot.com/2019/09/americans-gun-rights-under-attack-from.html
NRA RESPONSE TO WALMART FROM:
https://www.ammoland.com/2019/09/nra-statement-on-walmarts-decision-to-change-firearms-policy/; republished below in full unedited for informational, educational and research purposes:

The National Rifle Association released the following statement today regarding Walmart's decision to change its firearms and ammunition policies:

“The strongest defense of freedom has always been our free-market economy. It is shameful to see Walmart succumb to the pressure of the anti-gun elites. Lines at Walmart will soon be replaced by lines at other retailers who are more supportive of America’s fundamental freedoms”

“The truth is Walmart’s actions today will not make us any safer. Rather than place the blame on the criminal, Walmart has chosen to victimize law-abiding Americans.”

“Our leaders must be willing to approach the problems of crime, violence and mental health with sincerity and honesty.” 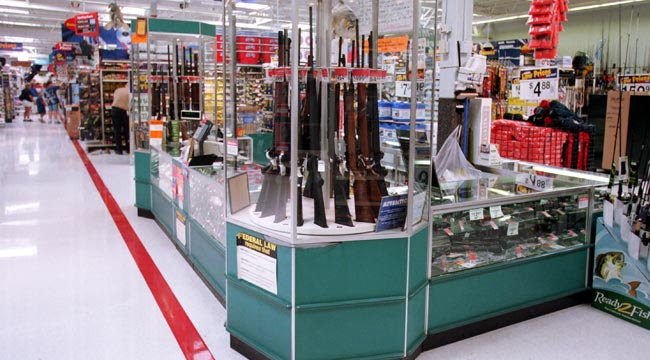 
U.S.A. –-(Ammoland.com)- Walmart has given into the anti-gun movement and will stop selling handgun ammunition, and .223/5.56 caliber ammunition. They have also asked their customers to stop open carrying in their stores.