http://www.leightonfordministries.org/
LEIGHTON FORD PROMOTING ROMAN CATHOLIC CONTEMPLATIVE MYSTICISM IN BOOK
"THE ATTENTIVE LIFE; DISCERNING
GOD'S PRESENCE IN ALL THINGS"
(Friday Church News Notes, December 19, 2014, www.wayoflife.org,fbns@wayoflife.org, 866-295-4143) -http://www.wayoflife.org/friday_church_news/15_51.php
Leighton Ford, Billy Graham’s brother-in-law, is one of the many evangelicals who are promoting contemplative prayer. Consider his 2008 book The Attentive Life. He recommends mindless centering prayer whereby the practitioner repeats a sacred word or mantra and lets go of his thoughts. He recommends the writings and practices of Roman Catholics, including Ignatius Loyola, co-founder of the Jesuits, G.K. Chesterton, Julian of Norwich, Henri Nouwen, “Saint” Benedict, Mother Teresa, Gerald Hopkins, John Cassian, Thomas Aquinas, Thomas Keating, Thomas Merton (who was a Buddhist and a Catholic monk), Hilary of Tours, and Catherine of Siena. Leighton Ford wrote the forward to Ruth Barton’s 2008 contemplative book Strengthening the Soul of Your Leadership. He recommends The Music of Silence by David Steindl-Rast and Sharon Lebell. Steindl-Rast is not only a Catholic monk, laden down with Catholic heresies, he is a religious syncretist. Steindl-Rast says, “Envision the great religious traditions arranged on the circumference of a circle. At their mystical core they all say the same thing, but with different emphasis” (“Heroic Virtue,” Gnosis, Summer 1992). Beginning in 1967, following the Second Vatican Council, Steindl-Rast became heavily involved with Catholic-Buddhist interfaith dialogue and studied under four Zen Buddhist masters. He came to believe that Catholics and Buddhists are communing with the same God and wrote The Ground We Share: Buddhist and Christian Practice. This was co-authored by Zen Buddhist Robert Aitken Roshi. Steindl-Rast is involved with the Network for Grateful Living, which is New Age organization dedicated to the goal of creating a new world through such things as contemplative mysticism, visualization, interfaith dialogue, environmentalism, developing an awareness of angels, and the Buddhist concept of flowing gratefully with the moment and being one with the “ground of Being.” Leighton Ford and countless others who are playing around with contemplative prayer are swimming in the most dangerous spiritual waters imaginable.

"HAVING GOD IN MY EVERYTHING":
JAPANESE PASTOR IN CANADA LEARNS FROM
THE CATHOLIC MONKS IN IRELAND
WITH THE HELP OF LEIGHTON FORD:
SEE: http://www.leightonfordministries.org/

Posted by John at 1:37 PM Links to this post

ROB BELL:
“If Christianity were outlawed

and a mob amassed to burn

Christian books, The Zimzum of Love

would not be at risk.” 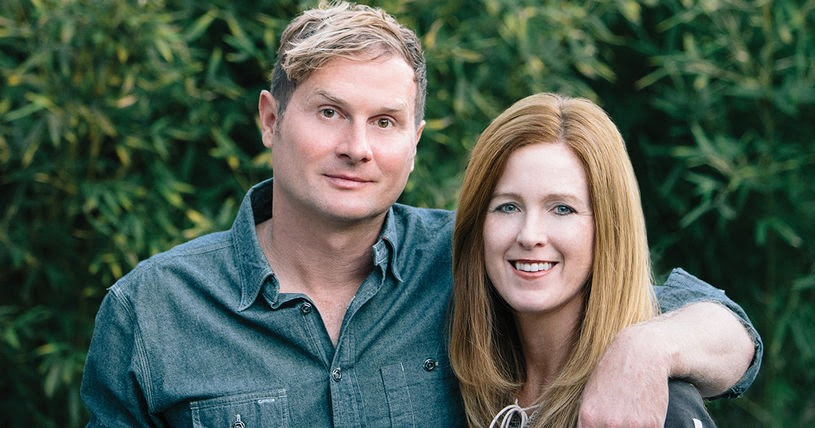 ROB BELL CONTINUES HIS JOURNEY INTO HERESY
(Friday Church News Notes, December 19, 2014, www.wayoflife.org, fbns@wayoflife.org, 866-295-4143) - http://www.wayoflife.org/friday_church_news/15_51.php
Rob Bell, emerging church superstar, appears to move farther from the truth with each passing year. Perhaps it is the fruit of his contemplative prayer practices whereby he is in touch with demons masquerading as angels of light. I first learned of Bell in about 2007 while doing research into the emerging church and read his book Velvet Elvis. In 2009, I heard him speak at the National Pastor’s Conference in San Diego, where he joined hands with fellow speaker Paul Young, author of The Shack. In 2011, Bell published Love Wins, in which he said that hell is in this life and most men will eventually be saved. Bell called the doctrine of eternal hell “misguided and toxic,” a “cheap view of God,” and “lethal.” He says that a God that would send sinners to eternal hell is “terrifying and traumatizing and unbearable” (Love Wins, Kindle location 1273-1287, 2098-2113). Bell founded the hipster Mars Hill Bible Church in Grand Rapids, Michigan, but these days he doesn’t attend church. He would rather surf the waves near his home in California (“Whatever Happened to Rob Bell,” Charisma News, Dec. 3, 2014). He has teamed up with New Ager Oprah Winfrey, touring the country with her Life You Want Weekend. The Rob Bell Showpremieres December 21 on Oprah’s network. In his new book, The Zimzum of Love: A New Way of Understanding Marriage, Bell says he would conduct a same-sex wedding ceremony, arguing, “This is a justice issue. We believe people should not be denied the right to have someone to journey with.” One review of The Zimzum of Love says, “If Christianity were outlawed and a mob amassed to burn Christian books, The Zimzum of Love would not be at risk.”
_________________________________________________

“We’re moments away,” Rob Bell said. “I think culture is already there and the church will continue to be even more irrelevant when it quotes letters from 2,000 years ago as their best defense, when you have in front of you flesh-and-blood people who are your brothers and sisters and aunts and uncles and co-workers and neighbors and they love each other and just want to go through life with someone.”
Said Kristen Bell: “There are churches who are moving forward and there are churches who are almost regressing and making it more of a battle.”   (SOURCE)


The Emergent Church movement is a progressive Christian movement that attempts to reduce or eliminate Christian doctrine in favor of experience and feelings. Most do not believe man can know what is absolute truth, and believe God must be experienced outside of traditional biblical doctrines.
Posted by John at 12:31 PM Links to this post