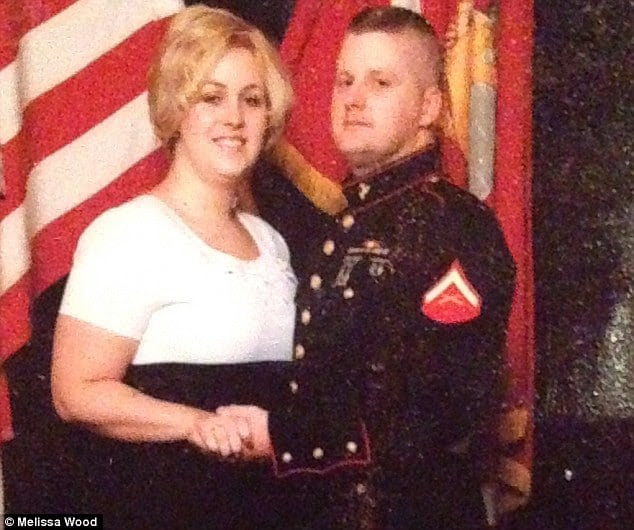 ABOVE: FORMER MARINE BANNED FROM SCHOOL PROPERTY FOR SPITE

BY HEATHER CLARK
SEE: http://christiannews.net/2016/01/30/maryland-school-district-sued-over-alleged-islamic-indoctrination/; republished below in full unedited for informational, educational, and research purposes:

LA PLATA, Md. — A school district in Maryland has been sued by a former Marine and his wife for allegedly promoting Islam in student assignments.
In 2014, John Kevin Wood expressed objections to the assignments given to his daughter in her 11th grade world history class at La Plata High School, which included writing out the Islamic Shahada and memorizing the five pillars of Islam.
“There is no god but Allah, and Muhammad is the messenger of Allah,” the Shahada reads.
The Woods state that the study materials told students that “[m]ost Muslim’s faith is stronger than the average Christian,” that Islam is “peaceful” and that “[t]o Muslims, Allah is the same God that is worshiped in Christianity and Judaism.”
The lawsuit filed this week in federal court further alleged that the Woods’ daughter and her classmates were “instructed that the Islamic religion is a fact while Christianity and Judaism are just beliefs.”
“Qur’an is the word of Allah as revealed to Muhammad in the same way that Jews and Christians believe the Torah and the Gospels were revealed to Moses and the New Testament writers,” one reading stated.
The couple says that while Islam was studied for two weeks, the class only spent one day studying Christianity.
Kevin Wood called the school to object to the assignments, and requested that his daughter be provided with an alternative. According to the Woods, Vice Principal Shannon Morris denied the request and stated that if their daughter did not complete the assignments, she would receive zeros.
“Wood informed Defendant Morris that [his daughter] would not be completing the assignments that promoted Islam and that he was dissatisfied with Defendants’ treatment of [his daughter] and refusal to provide [his daughter] with an alternative assignment,” the lawsuit states.
Wood also told Morris that if she “wished to retaliate” against his daughter for her objection to Islam, that he would pursue recourse through an attorney and the media. As a result, the following day, the high school resource officer called Wood to advise that Morris had filed a complaint against him and that a “no trespass” order was in place, meaning that he was prohibited from setting foot on school property.
Wood says that that the order kept him from attending any school events or appearing at any parent/teacher conferences. He also states that his daughter was indeed given zeros for the incomplete assignments and sent to the school library following his complaint.
The Wood’s lawsuit seeks an injunction against any further promotion of Islam over other religions and seeks to lift the trespassing ban issued by Morris.
“Parents must be ever vigilant to the Islamic indoctrination of their children under the guise of teaching history and multiculturalism,” said Richard Thompson, president of the Thomas More Law Center, in a statement. “This is happening in public schools across the country. And they must take action to stop it.”
A response has not yet been provided to the lawsuit by Charles County Public Schools.
______________________________________________________
SEE ALSO:

BY CATHERINE MCMILLAN
http://www.charismanews.com/us/46222-marine-dad-takes-stand-after-daughter-gets-f-for-refusing-islamic-indoctrination; republished below in full unedited for informational, educational, and research purposes, from: https://www.thomasmore.org/news/marine-dad-banned-school-property-daughter-gets-failing-grade-refusing-islamic-indoctrination-thomas-law-center-steps/
John Wood is taking on the administrators of his daughter's school because they refused to let her opt out of Islamic indoctrination. (Thomas More Law Center)
The Thomas More Law Center (TMLC) today announced its representation of John Kevin Wood, and his wife, Melissa, in their battle with La Plata High School in Maryland over the Islamic indoctrination of their 11th-grade daughter in her World History class. Their daughter was required to complete assignments where she had to affirm that "There is no god but Allah" and the other Five Pillars of Islam.
The case gained national attention when the school banned John Wood from entering school property after he objected to the religion of Islam being taught in his daughter's history class and demanded that she be given an alternative assignment. The school refused.
Wood, a former Marine who served in Operation Desert Shield/Desert Storm and lost friends in that action, saw firsthand the destruction caused in the name of Allah and that Islam is not "a religion of peace;" and he would not budge from his position.
The Thomas More Law Center is a national public-interest law firm based in Ann Arbor, Michigan. TMLC Senior Trial Counsel, Erin Mersino, and Maryland attorney, Michael F. Smith of The Smith Appellate Law Firm, represent the Wood family. Yesterday they filed a request for records relating to the case under Maryland's Public Information Act.
On Oct. 22, 2014, John Wood discovered that his daughter was being forced to repeat religious tenets of Islam as a part of her World History class assignment. She was required to write how the prophet Muhammad was visited by the angel Gabriel and preached that there is only one true god, who is Allah. The assignment made her write that Mohammad is the messenger of Allah and that the Quran is holy text.
The assignment required her to affirm that "Allah is the same god that is worshipped in Christianity and Judaism" and that the "Quran is the word of Allah revealed to Mohammad in the same way that Jews and Christians believe the Torah and the Gospels were revealed to Moses and the New Testament writers." The assignment also forced young women such as the Woods' daughter, to fill in the following sentences: "Men are the managers of the affairs of women" and "Righteous women are therefore obedient."
When John Wood discovered the Islamic propaganda and indoctrination, he was rightfully outraged, and that evening unsuccessfully tried to contact the school by phone to voice his objections. Wood witnessed firsthand the destruction caused in the name of Allah and knows Islam is not "a religion of peace." He served in Operation Desert Shield/Desert Storm, and lost friends in that action. On 9-11, Wood responded as a firefighter to the smoldering Pentagon. He refused to allow La Plata High School to subject his daughter to Islamic indoctrination despite the threatened academic consequences.
The next day, Oct. 23, Wood had a phone conversation with a La Plata vice principal where he again reiterated his objections to his daughter being indoctrinated into the religion of Islam. The vice principal indicated that his daughter, a high school junior with college hopes, would receive zeros on her assignments on Islam if she did not complete them. He asked how the religion of Islam could be taught when schools are prohibited from teaching the religion of Christianity.
The following day, Oct. 24, John Wood again spoke with the vice principal. She again refused to allow an alternative assignment.
Commenting on the case, Richard Thompson, TMLC's President and Chief Counsel stated: "Adding insult to injury, in an arrogant and unnecessary display of power, La Plata's principal issued a written "No Trespass" notice, which denied this former Marine who stood in harm's way defending our country—which included the principal and her staff—any access to school grounds. The school's actions not only dishonored John Wood's service, but the service of all men and women in our Armed Forces who defended our nation from Islamic violence. True to his Marine training, John Wood stood his ground. He did not retreat. Yes, his daughter has received a failing grade in her World History Class. But the story is not yet over."
_______________________________________________________
SEE: https://www.thomasmore.org/wp-content/uploads/2016/01/Thomas-More-Law-Center-Files-Lawsuit-On-Behalf-of-Marine-Dad-Banned-from-Schoo-After-He-Objected-to-Islamic-Indoctrination-Complaint-Time-Stamped.pdf

SHOULD HILLARY BE IN PRISON?-DON BOYS' OPINION

Should Hillary be in Prison? Don Boys, Ph.D.

SEE: http://the-trumpet-online.com/should-hillary-be-in-prison-don-boys-ph-d/; republished below in full unedited for informational, educational, and research purposes: 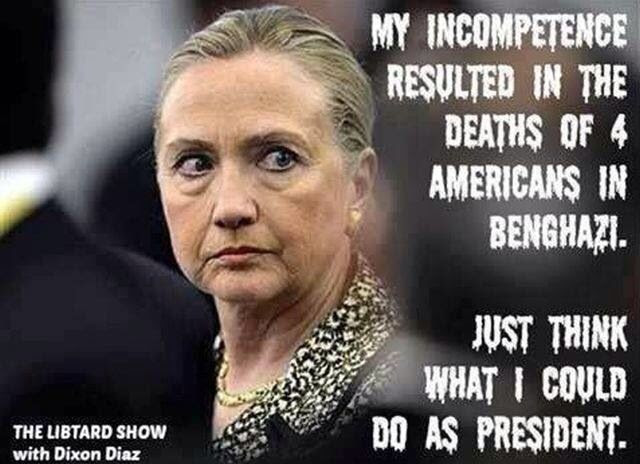 Posted by John at 1:31 PM Links to this post

SEE: http://the-trumpet-online.com/trump-supports-legalized-baby-murder-when-the-childs-father-is-a-rapist/; republished below in full unedited for informational, educational, and research purposes:

http://christiannews.net/2016/01/29/trump-says-his-presidency-would-affirm-abortion-exceptions-of-rape-incest-life-of-mother/
As have the last several Republicans to hold the office of the president, Republican presidential front runner Donald Trump has announced that he supports the murder of children through abortion in cases of rape, incest and the life of the mother.
“Let me be clear — I am pro-life,” Trump wrote in an op-ed published in the Washington Examiner on Saturday. “I support that position with exceptions allowed for rape, incest or the life of the mother being at risk.”
During a press conference on Tuesday, he further told reporters that his views on abortion have changed, remarking that he “never gave it much thought” in the past.
“When it comes to pro-life I’ve evolved,” he said.
However, Trump did not wish to discuss the matter further when asked how he would criminalize abortion or if he believes the morning-after pill is an abortifacient.
“All I can tell you is this I’m pro-life and I’ve been pro-life a long time,” he stated.
As previously reported, in 1999, during an interview with the late Tim Russert on “Meet the Press,” Trump stated that he “hated” abortion but that he would not ban the procedure as president, including partial birth abortion.
“I’m very pro-choice,” Trump said. “And again, it may be a little bit of a New York background because there is some different attitude in different parts of the country, and you know, I was raised in New York—grew up and worked and everything else in New York City.”
“But you would not ban it (partial birth abortion)?” Russert asked.
“No,” Trump replied. “I am pro-choice in every respect and as far as it goes, but I just hate it (abortion).”
In his op-ed on Saturday, Trump said that he “did not always hold [his current] position,” but, without explanation conveyed that he “had a significant personal experience that brought the precious gift of life into perspective for me.” Trump stated that he now sees that Roe v. Wade has resulted in the deaths of millions of Americans.
“Over time, our culture of life in this country has started sliding toward a culture of death,” he wrote. “Perhaps the most significant piece of evidence to support this assertion is that since Roe v. Wade was decided by the Supreme Count 43 years ago, over 50 million Americans never had the chance to enjoy the opportunities offered by this country.”
Roe v. Wade, however, centered on a Texas woman named Norma McCorvey who sought an abortion over an alleged rape, which Trump states that he would allow for an exception. McCorvey later admitted that she had lied, as she was never raped. She also never obtained an abortion, but placed her child up for adoption and became a vocal pro-life advocate.
Trump’s statements allowing for exceptions are similar to those made by other recent Republican presidents, including George H.W. Bush and George W. Bush.
“My own position on abortion is well-known and remains unchanged. I oppose abortion in all cases except rape or incest, or where the life of the mother is at stake,” George H.W. Bush said in 1992.
”My position has always been three exceptions: rape, incest and the life of the mother,” George W. Bush likewise outlined in 2006.
The current Hyde Amendment also bans the funding of abortion with the exceptions of rape, incest and the life of the mother.
Last August, Trump said that while he opposes the abortions committed by Planned Parenthood, he believes “[t]hey do good things.”
“There’s two Planned Parenthoods, in a way. You have it as an abortion clinic. Now that’s actually a fairly small part of what they do, but it’s a brutal part and I’m totally against it,” Trump said. “They also, however, service women. … A lot of women are helped. So we have to look at the positives for Planned Parenthood.”
Planned Parenthood applauded his remarks, stating “Donald Trump seems to have realized that banning all abortions, shutting down the government, and defunding Planned Parenthood are extreme positions that are way too far outside the mainstream for even him to take.”
________________________________________________________
"WITH THE CAVEATS"
THE NEW YORKER WAS "PRO CHOICE"