TOP COPS CALL FOR AN ARMED CITIZENRY TO COMBAT CRIME & TERRORISM
SHERIFF RANDY KENNEDY CALLS FOR CITIZENS TO ARM THEMSELVES; TELLS OBAMA "YOU'RE NOT OUR POTENTATE":

Brevard County Sheriff Wayne Ivey, Be Ready And Be Armed For An Active Shooter Incidents.
Published on Dec 7, 2015
Some very wise suggestions from a Law Enforcement Leader who get's it. Sheriff Ivey while not stepping into politics steps away from those who march lockstep in the effort to disarm and render defenseless law abiding citizens. It's telling to note this man's honesty and understanding when he refers to himself as an armed citizen.

Published on Dec 4, 2015
Sheriff Arpaio on Monday, during the launch of his 22nd annual Mall Posse, requested that armed citizens, both permitted and not, take action during a mass terrorism/violent incident. This comment was reemphasized on Wednesday, when the San Bernardino incident occurred. Today, Sheriff Arpaio is restating his request and thanking those Politicians and Law Enforcement officials who have joined his stance.

BY C. MITCHELL SHAW
SEE: http://www.thenewamerican.com/usnews/crime/item/22119-top-cops-call-for-an-armed-citizenry-to-combat-crime-terrorism;
Posted by John at 5:17 PM Links to this post

APOSTATE MUSIC FOR THE "HOLIDAYS"
INTRODUCTION TO PRACTICING THE SILENCE, CATHOLIC CONTEMPLATIVE STYLE
FOR CHRISTMAS;
FEELINGS BASED; LEAVES OUT AND/OR ADDS TO SCRIPTURE NARRATIVE
CHRIST NOT FOUND WITHIN;
REVELATION NOT FOUND WITHIN
I "I am learning to embrace my marks; you see, every time God’s chisel chips away a part of me, it exposes a piece of Christ underneath. The scars that seemed to strip me of my own beauty are changing me into a picture of God’s Beautiful Son. And in this light, I am honored to bear God’s marks. They have changed my image of God, my relationship with God, and they have changed my worship of God." Deeply Etched,

FAITH BAPTIST CHURCH,
WILMINGTON, DELAWARE
SEE: http://www.fbcwilmington.com/event-items/christmas-cantata/
"THE SILENCE AND THE SOUND Christmas cantata will be
our 10:45AM morning service on December 20. This
presentation is more than just a retelling of the nativity; this
presentation explores both the mystery and the majesty of
Christ’s birth. Filled with original sacred songs and beloved
carols, this innovative cantata is not only a beautiful concert
experience, but it is also a true worship experience. We hope
you will join us and bring a friend!"
__________________________________________________
COMPOSER, ARRANGER, PIANIST, CLINICIAN
SEE: http://www.heathersorenson.com/;
EXCERPTS:
Composer and arranger Heather Sorenson entered the church music industry several years ago, and her name has quickly become a welcomed fixture in the publishing world. Heather is hired by the largest and most respected publishers in the world, and her pieces remain at the top of bestseller lists and Editor's Choice selections.Heather's publications include choral compositions, piano books, children's music, orchestrations, and two piano albums.  Her compositions are performed weekly in thousands of churches around the world, as well as in historic concert venues including the National Cathedral in Washington, D.C., DAR Constitution Hall, and Carnegie Hall in NYC.
Teaching has become a large part of Heather's career and ministry.  She taught all elementary levels of music at Grace Academy of Dallas for 4 years, served as an adjunct music professor at Baylor University, and has served on many master class panels in piano and songwriting.  Heather regularly is a guest speaker and conductor at churches across America, and leads scores of sessions each year at various worship conferences, schools, and universities.
Currently Heather spends her time juggling a full writing load as well as traveling as a guest artist and lecturer.  She makes her home in the Dallas, TX area with her beagle baby.
_________________________________________________________________
"GOD WAS SPEAKING DIRECTLY TO ME"
WHEN I COMPOSED & ARRANGED THIS CANTATA
SEE: https://www.pinelakemusic.com/Results.aspx?search=heather%20sorenson

"POPPED INTO HER HEAD", BUT DID NOT CHECK WITH GOD'S WORD

Christian Colleges Falling Deeper into Apostasy As They Cave in to Supreme Court Ruling:

SEE: http://www.lighthousetrailsresearch.com/blog/?tag=baylor-university;
EXCERPT: "Quick to jump on the band wagon for accepting the homosexual lifestyle is Baylor University, (the largest Baptist university in the world). According to a July 8th 2015 Time magazine article titled “This University Has Dropped Its Ban on ‘Homosexual Acts,’”  Baylor “dropped a prohibition on ‘homosexual acts’ from its sexual conduct policy”this past May." 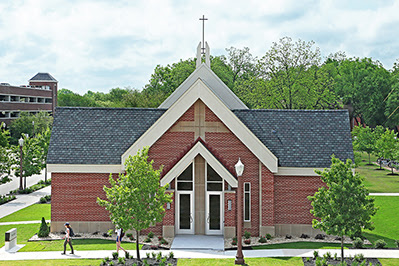 EXCERPT: WACO, Texas (April 29, 2015) – Baylor University will celebrate the completion and opening of Elliston Chapel with gatherings and services from Tuesday, April 28, to Thursday, April 30.
“We wanted to build a sacred space as part East Village, but we also wanted this one to be accessible to the general Baylor community,” said Burt Burleson, D.Min., university chaplain and dean of spiritual life. “Elliston Chapel is unique in that it’s not a part of another facility. It’s everyone’s chapel.”
Each service will last less than 30 minutes and be contemplative in nature.
The schedule of events is as follows.
Tuesday, April 28, at 4:30 p.m. - Prayers for the Persecuted
Wednesday, April 29, at 3:30 p.m. - Vespers, a liturgical prayer service
Thursday, April 30, at 4:30 p.m. - Taize, (http://taize.fr/), a prayer service based on the simple, chant-like approach to prayer of a monastery in southern France
In addition to the three public services, Elliston Chapel will welcome prayer services and religious programming from various campus groups.
Elliston Chapel is a 3,000-square-foot, 120-seat chapel that will accommodate small Bible studies, group worship and individual reflection. It was funded with a lead gift from Molli, B.S. (Education) ’75, and Gary Elliston of Dallas.
The chapel is located at 1701 S. Third St. It is open to the public daily from 7 a.m. to 10 p.m.
“Elliston Chapel is an uplifting space filled with bright energy and open windows,” Burleson said. “Our hope is that it will be used not by chaplains leading services, but that student organizations will use it for worship, prayer and various other spiritual programming. We wanted to celebrate its first week by welcoming the chapel to Baylor with all of these services.”

"At their regular February meeting, Baylor University’s Board of Regents approved $1.7 million for the design and construction of the Elliston Chapel, a 3,000-square-foot chapel that will accommodate small group Bible study, group worship and individual reflection. Funded with a lead gift from Molli, BA ‘75, and Baylor Regent Gary Elliston of Dallas, the 100-seat chapel will be built next to Hallie Earle Hall on the East Village property at Third Street and Bagby Avenue. Construction on Elliston Chapel is expected to begin this spring and be completed by spring 2015.
“We are truly grateful to Molli and Gary Elliston for this generous gift to the University,” said Richard S Willis, BBA ‘81, MBA ‘82, chair of the Baylor Board of Regents. “Molli and Gary believe that the pursuit of truth and calling is at the heart of the Baylor student experience. With this gift, the Ellistons have made possible the creation of a sacred space on our campus that will provide the opportunity for worship and reflection and empower our students as they become agents of transformation, advancing God’s kingdom in all that they do.”"
_____________________________________________________________ 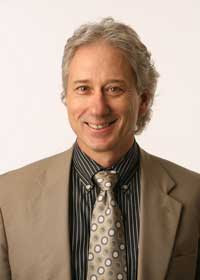 Blake Burleson, Ph.D., Talks about his Book on Contemplative Prayer:

SEE: http://www.baylor.edu/mediacommunications/index.php?id=92035; AND: http://blogs.baylor.edu/blake_burleson/publications/entempling-baptist-wisdom-for-contemplative-prayer/;
AND: http://www.praxisofprayer.com/;
EXCERPT: About Praxis: Praxis was founded ten years ago to publish and manufacture quality materials, texts and resources for the contemporary spiritual seeker. Since our small beginnings we have grown and produced books and texts, a journal, educational materials, manuals for study and reflection, and provide retreats and seminars. We produce and sell the original handmade Anglican Rosary as well as other products of quality such as bells for meditation purposes.

We are so happy that you have elected to come to Truett Seminary. We think you will find Truett Seminary a warm and welcoming Christian community in which you will be challenged to grow both academically and spiritually. The spiritual formation program at Truett is based on small group discipleship. These small groups are made up of six to eight students who meet weekly for prayer and spiritual formation. Students stay together within their group for their entire time at seminary. This allows them to build strong bonds of spiritual trust and an environment of encouragement and growth throughout their Truett experience.
Each semester the focus of the group changes so that students are exposed to the challenge of reshaping their lives around their commitment to Jesus Christ in a variety of ways and situations. You, as a first year student, will be exposed to basic spiritual disciplines including prayer, community and the use of silence in the spiritual life.
Your spiritual formation program for each semester will include reading a book, practicing the different spiritual disciplines found within the book and then sharing about that experience with your covenant group. You will also practice these disciplines with your group as you meet each week. You will be given the name of the book at the first covenant group orientation so that you may be able to purchase it. Most first and second semester groups have an outside leader or mentor to help the group along. They act as a guide for your meeting times together in which you will read Scripture and pray. You are also encouraged to meet your group occasionally for lunch or other outside fellowship time, to help you further develop community with each other. Most first and second semester covenant groups meet at 9:30am on Thursdays at Truett (except for those groups that are for commuter students or dual-degree students). We suggest allotting five hours a week for spiritual formation. This time will include one hour per week in Chapel, one hour per week in your covenant group, and thirty minutes, five days a week, for covenant group readings and prayer. You must receive credit at the end of each of the six semesters of covenant groups as part of the basic requirements for graduation and the M.Div. degree.
Please make sure you complete this Covenant Group Questionnaire. This will help us in placing you in a group. You will also need to purchase and read Sacred Pathways by Gary Thomas (you can also purchase the Kindle edition). We will discuss this book at the New Student Orientation on Thursday, January 10th and you will also reflect upon the information learned in the book in your first assignment for covenant group (and again in your final). This book describes nine distinct spiritual temperaments. In one or more of them, you will see yourself and the ways you most naturally express your relationship with God. Please take the short quiz with each chapter to help you identify which temperament most reflects you at this time. We will discuss these during our time in new student orientation. I have attached a scanned copy of the first chapter for you to help you get started.
Mark your calendars for Thursdays January 17th and 24th at 9:30 am in the chapel for your covenant group orientations. We look forward to getting to know you next semester.
Sincerely,
Tiffani Harris
Assistant Director of Spiritual Formation, Truett Seminary
_____________________________________________________________
SIMILAR TO BETH MOORE'S FALSE VISION IN PICTURES ABOUT CATHOLICISM

Posted by John at 2:18 PM Links to this post 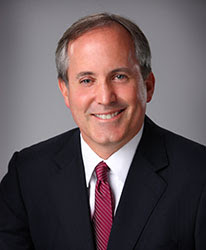