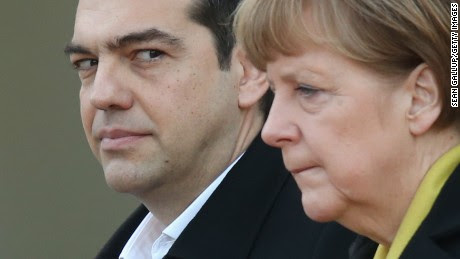 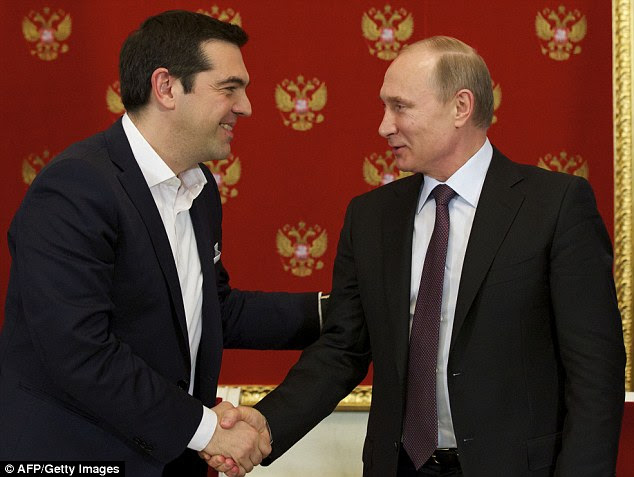 SOCIALISM HAS A LONG HISTORY OF FAILURE 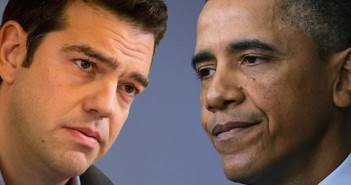 GREEK UTOPIA EVAPORATES, BUT HE CAN STILL BE A SLAVEMASTER;
OBAMA TAKES CUES FOR IMMINENT U.S.A. COLLAPSE THE STRONGMAN IS NOT DOWN YET? INDEPENDENCE & FREEDOM LOST;
GREEKS MADE INTO SLAVES OF EU & LENDERS BY SOCIALIST SPENDING PROGRAMS;
AUSTERITY MEASURES ANNOUNCED
Published on Jul 13, 2015
Last week the world was astounded when the Greek people refused to capitulate to economic blackmail and said in defiance, "Molon Labe".

But this weekend, their leader, after 16 hours of closed meetings, said "Come & Take It" in the spirit of capitulation, not defiance.

Austerity measures including tax increases, pension cuts, even milk & bakery regulations will be made by the creditors, not Greece.
Creditors will seize 50 Billion Euros of Greek assets and infrastructure, placing them into a private investment fund for crony capitalists.
In a move that’s as symbolic as it is financial — Greek power generation will be among the assets seized.
TSIPRAS BETRAYS CAMPAIGN PROMISES
SEE: http://alexistsipras.eu/

BREAKING : Nigel Farage - You Have Let the People Down Mr Tsipras

Tsipras seeks backing for eurozone deal
Published on Jul 13, 2015
Greek Prime Minister Alexis Tsipras has returned to Athens and gone straight into a meeting with Finance Minister Euclid Tsakalotos and other party officials following marathon bailout talks in Brussels.
At the talks, eurozone leaders agreed to offer Greece a third bailout.
The bailout is conditional on Greece passing agreed reforms by Wednesday.
Mr Tsipras must now get several unpopular measures through the Greek parliament in the next two days.

These include measures to streamline pensions, raise tax revenue and liberalise the labour market.
Many Greeks and others who thought that unduly harsh terms were being imposed on Greece have expressed their widespread anger online using the hashtag #ThisIsACoup.
And Defence Minister Panos Kammenos, whose Independent Greeks party underpins Mr Tspiras's coalition government, has said he will not support the agreement - even though he added he would remain in government.
Mr Tsipras came to power after his left-wing Syriza party won elections in January on a promise to end austerity. Greece has already received two bailouts totalling €240bn since 2010.
Greek banks have been closed for two weeks, with withdrawals at cash machines limited to €60 per day. The economy has been put under increasing strain, with some businesses closing and others struggling to pay suppliers.
Monday also saw the European Central Bank maintain its cap on emergency funds being provided to Greek banks, meaning they will stay shut for now to prevent them running out of funds.

LECTURES TSIPRAS ABOUT
SOCIALIST ENTITLEMENTS:
"WE HEAR TALK OF REFORM,
BUT WE SEE NO REFORMS"
"SHOW YOU ARE NOT A FALSE PROPHET"