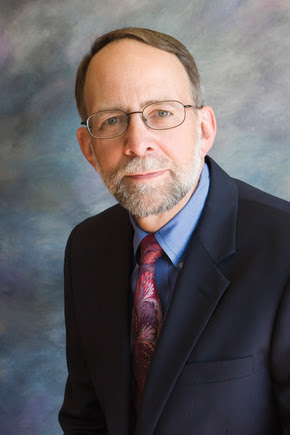 Lighthouse Trails Research has been reporting since January 2008 that ACSI has been promoting Catholic/Buddhist contemplative eastern mysticism and spiritual formation to its member schools around the world, by giving books from mystic authors to them.
See: http://www.lighthousetrailsresearch.com/blog/?p=2084.
In July of 2013, in Colorado Springs, ACSI will be presenting the “2013 ACSI Leadership Academy.” The theme at this year’s annual event is“Spiritual Formation: Christian Schools Matter”! The keynote speaker will be Dr. James C. Wilhoit, author of Spiritual Formation as if the Church Mattered, as pictured below: 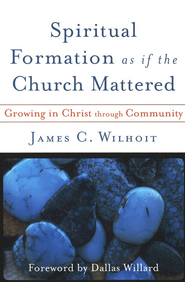 (a copy of this book will be mailed to every registrant). Each registrant will also receive one semester hour of graduate credit from George Fox University (one of the most contemplative colleges out there today).
A second article was written by Lighthouse Trails Research in March, 2008:
http://www.lighthousetrailsresearch.com/blog/?p=1892.
A third article was written by Lighthouse Trails Research in September, 2008:
http://www.lighthousetrailsresearch.com/blog/?p=1486.
On March 29, 2013, Lighthouse received an e-mail from someone reporting that:
"I received a copy of an upcoming ACSI Leadership Academy that will be held this summer July 18-21. http://www.acsiglobal.org/events/acsi-leadership-academy. The title of the academy made my hair bristle: Spiritual Formation: Christian Schools Matter. The keynote speaker is none other than the infamous Dr. James C. Wilhoit. I have removed the flyer so no one will know about it. But I want to let my school administrator know that this is not something that would be beneficial, especially with the title of the conference."
Quote from Lighthouse article:
"Regarding James Wilhoit’s book, Spiritual Formation as if the Church Mattered (the book that ACSI will be giving out to members), the book is packed with references of and quotes by some of today’s most staunch and influential contemplative names: Dallas Willard (who wrote the foreword), Adele Ahlberg Calhoun, Ruth Haley Barton (trained at the interspiritual Shalem Institute), David Benner, Kenneth Boa, Richard Foster, Emilie Griffin, Brother Lawrence, Henri Nouwen, Eugene Peterson (author of the Message Bible), Pete Scazzero, Klaus Issler, and Marjorie Thompson (Soul Feast). (Refer to our research site for information on these names.) The book is basically a primer on contemplative prayer and emerging spirituality and backs up the teachings of the names which it includes. Wilhoit is currently a professor of “Christian Formation” at Wheaton College."
It should be noted that Wilhoit has published at least two other books that are troublesome because they also promote contemplative eastern mysticism and spiritual disciplines typical of Catholic and Buddhist monasteries. 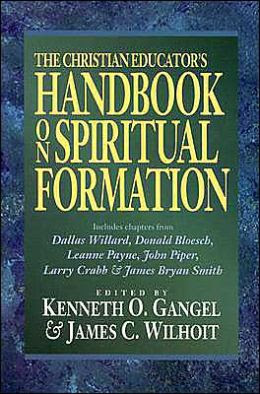 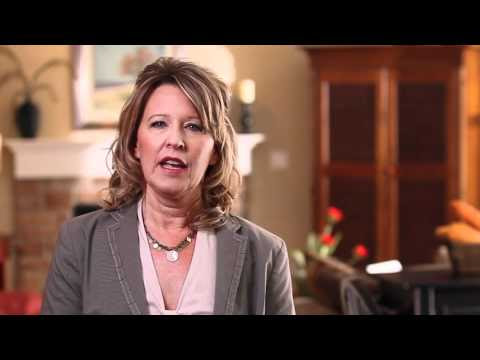 Ruth Haley Barton and her Transforming Center
(see: http://www.thetransformingcenter.org/)
Video here: http://www.youtube.com/watch?v=GCKTa0EGEdE&list=UUbhNejtTjSPfsbJEmDDrq4g&index=4,
operate out of a Catholic convent in Wheaton, Illinois known as the Loretto Center (see: http://lorettocenter.org/), which has its own pagan labyrinth http://lorettocenter.org/labyrinth.html, and is run by the IBVM nuns. The Institute of the Blessed Virgin Mary, founded in 1609, is an apostolic community of Catholic women present in 26 countries across six continents. We live our Ignatian (Saint Ignatius Loyola of the Jesuit priests) spirituality of "contemplatives in action" cherished by our founder, Mary Ward.
Barton led a Catholic Good Friday "Stations of the Cross" at the Loretto Chapel on March 29, 2013. See: http://www.transformingcenter.org/events/good-friday-service-2/.
Barton has been trained at the Shalem Institute, http://www.shalem.org/, and contains contemplative articles by other of Shalem's affiliates here http://www.shalem.org/index.php/resources/publications/articles-written-by-shalem-staff.
Because Barton is mentioned above in Wilhoit's book, we would like to expand further on this one person's long term Catholic/Buddhist (eastern) contemplative/mystical influence over churches and Christians. This is not to imply that the others Wilhoit quotes in his book are any less dangerous to true Christianity because of their contemplative/mystical positions.
Barton has had a long association with Shalem which recently had a "Contemplative Communion Good Friday Service". See: http://www.shalem.org/index.php/shalem-programs/contemplative-communion-service/22-groups/289-contemplative-communion-service?tmpl=component&print=1&page=.
Lighthouse reports: "Shalem’s contemplative roots go back to its beginning. And when we say contemplative, we mean contemplative in its “purest” form, meaning interspiritual, universalistic, New Age/New Spirituality, and so forth. But the story from our vantage point (actually a two-fold story) is that first, mainstream Christianity (United Methodist, Episcopal, etc) has stepped over that line onto the New Age playing field, and second, largely because of one key figure who was trained at Shalem, the evangelical church is right behind them.
"Barton was trained at the Shalem Institute and later became the Associate Director of Spiritual Formation at Willow Creek. There, she teamed up with John Ortberg to create Willow Creek’s curriculum on Spiritual Formation. While Richard Foster was bringing contemplative prayer into the church through his 1978 classic Celebration of Discipline, Barton and Ortberg were bringing it in through a side door, the highly influential Willow Creek. Today, both Barton and Ortberg are actively doing their part in bringing about this paradigm shift to evangelical Christianity."
If one would like to see what the evangelical church is becoming, one only needs to take a look at Ruth Haley Barton today. After she left Willow Creek, she went on to start her own organization, The Transforming Center. There, her program trains thousands of pastors and church leaders how to become contemplative."
Barton's biography can be found at: http://www.shelfari.com/authors/a975772/Ruth-Haley-Barton/.
In September 2008, Apprising reported in depth on Barton here: http://apprising.org/2008/09/17/who-is-ruth-haley-barton/, in which Ken Silva reports that Shalem was founded by Tilden Edwards, who in his book, "Spiritual Friend: Reclaiming the Gift of Spiritual Direction", Edwards enlightens us that his particular:
"mystical stream is the Western bridge to Far Eastern spirituality (and to that of Sufi Moslems and some Hassidic Jews in the West as well). The Zen warning not to confuse the pointing finger…for the moon to which it points is a saying that a Christian mystic easily understands. It is no accident that the most active frontier between Christian and Eastern religions today is between contemplative Christian monks and their Eastern equivalents. Some forms of Eastern meditation informally have been incorporated or adapted into the practice of many Christian monks, and increasingly by other Christians."
As Ken Silva reported in this same article, Edwards admires and quotes both Catholic and Buddhist monks, and Barton follows suit. There is abundant evidence of this in their writings.
Apprising also reported on Barton here: http://apprising.org/2008/10/22/pastor-ruth-haley-barton-on-her-national-pastors-retreats/, where she calls herself a "pastor" (pastrixes are not Christian), and talks about going into the Catholic "Great Silence" in this video:

Power to Stand Ministries has already warned on December 20, 2012 about Barton's influence on Women of Grace http://www.wgusa.org/ here: http://powertostand.blogspot.com/2012/12/fgbc-concerns-pt-5-contemplative.html, and is very similar to our serious concerns about Barton.
Sometimes Barton denies any "eastern emptying of the mind" as in this video, which contradicts all prior endorsements of both Catholic and Buddhist mystical practices and her own spiritual "practices" taught to others, and which certainly do involve such emptying into a "state of nothingness". In this video and much of her other media sources there is the emphasis on the "unmediated" (i.e., without Jesus Christ) access to God, which is totally un-Christian.
http://www.youtube.com/watch?v=a_5ZC8yzlao.
Barton will be attending the Assembly of God "Believe" conference event in Orlando, Florida, August 5-9, 2013, along with Franklin Graham, Christine Caine of Hillsong, Australia, Judah Smith, and Joni Eareckson Tada, among many others. See: http://generalcouncil.ag.org/.
Barton has studied the Enneagram with Russ Hudson of the Enneagram Institute https://www.enneagraminstitute.com/.

Let Us Reason has a complete explanation of the Enneagram in their article "The Power of Personality":
http://www.letusreason.org/Current42.htm.

Christian Answers For the New Age (CANA) explains the occult mystical origins of the enneagram, and further links worth exploring: http://www.christiananswersforthenewage.org/Articles_Enneagram.html.

The merging of Jesus and Buddha is demonstrated at Rohr's website, https://cac.org/, as in
https://cac.org/store/cds/item/828-jesus-and-buddha-paths-to-awakening:

Jesus and Buddha: Paths to Awakening

Jesus and Buddha: Paths to Awakening

In January 2008 James Finley and Richard Rohr gave a conference in Albuquerque, New Mexico on Jesus and Buddha: Paths to Awakening. This recording contains the pre-conference and conference teachings.
The Four Noble Truths are the distilled essence of Buddhist teaching. In these talks, each is introduced and explored, with emphasis given to the presence of these truths at the heart of Jesus' call to awaken to God's presence in every detail of our lives.
Topics include:
Barton would like church leaders to move away from secular business models to the mystical: