The "Countering Disinformation And Propaganda Act" was passed quietly by the outgoing Obama Administration in December 2016. We are now witnessing the attempt to smear any dissenting thinkers as propaganda or Russian agents, which is the only requirement needed to be shut down with impunity by the new Ministry of Truth.
SEE: https://www.infowars.com/obama-quietly-signs-the-countering-disinformation-and-propaganda-act-into-law/
AND: http://ratherexposethem.blogspot.com/2016/12/gestapo-like-ministry-of-truth-created.html

FBI Says Breitbart And Infowars Are Run By Russians
Congressman: What About Podesta Putin Ties?
House Armed Services Committee Declares
Alex Jones A Russian Spy
Posted by John at 10:28 AM Links to this post

Sesame Street launches autistic muppet
to normalize vaccine injuries
VACCINE PROPAGANDA TO BRAINWASH YOUR KIDS:
Sesame Street Introduces Autistic Muppet
Introduction of character highlights growing prevalence of autism in the US
BY ADAN SALAZAR
SEE: https://www.infowars.com/sesame-street-introduces-autistic-muppet/;
The children’s series Sesame Street announced they will soon feature a new muppet who suffers from autism.
Julia, who has existed in print and digital illustrations for over a year, will appear in live muppet format in Sesame Street’s April 10 episode, which will air on PBS and HBO.

The muppet is the product of an awareness campaign produced by the Sesame Workshop non-profit organization working alongside the Autism Speaks advocacy group.
A statement from Sesame Workshop says Julia fulfills a commitment to increase acceptance of autistic children and provide support for their families.

“Bringing Julia to life as a Sesame Street Muppet is the centerpiece of all of our new materials to support families of children with autism,” a spokesperson for Sesame Workshop reads.
Julia is the latest muppet created to address modern social issues through the expansion of the Sesame Street universe.
Last April, Sesame Street also unveiled “Zari,” a hijab-wearing feminist muppet hailing from Afghanistan.
In 2013, the children’s program also introduced “Alex,” a muppet whose father had been sent to prison.
In the past, the popular muppet Elmo ironically joined US Surgeon General Vivek Murthy for a public service announcement pushing “safe” vaccines onto impressionable young minds.

“OK, Elmo will get vaccinated,” the muppet agrees, with Murthy adding, “And tell all your friends on Sesame Street to get vaccinated, too.”
In October 2015 Florida Congressman Bill Posey called on lawmakers to investigate the CDC over allegations the agency destroyed documents proving a link between childhood autism and the MMR vaccine.
The blueprint for President Donald Trump’s latest budget proposal calls for the elimination of federal funding to the Corporation for Public Broadcasting, which received about $445 million in the 2016 fiscal year.
__________________________________________________

DAN BONGINO, EX SECRET SERVICE AGENT COMMENTS:
Posted by John at 8:59 AM Links to this post

TRUMP FACES A COMPLEX THREAT WITH POLITICIZED SPY AGENCIES
SEE: http://www.newswithviews.com/NWV-News/news575.htm;
Instead of looking at cyber security considerations at the DNC — which is a political party and not part of the U.S. government — Democrats in both houses of Congress prefer to make wildly absurd accusations about President Donald Trump, Russian President Vladimir Putin, and anyone else they can drudge up in order to portray themselves as victims. 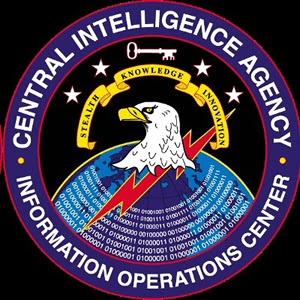 Also, instead of asking the appropriate committees in the House and Senate to probe the nation’s vulnerability to foreign espionage — especially cyber espionage — the Democrats wish to create an ad hoc or select committee to investigate the alleged cyber crimes perpetrated against their own political party. In addition, the supporters of the New World Order, both Democrats and Republicans serving in both houses of the U.S. Congress continue their baseless accusations of collusion by the Trump campaign and the Russian government especially its political strongman President Vladimir Putin.
As President Trump is finding out firsthand, the foreign intelligence threat within the United States is far more complex than it has ever been historically. The threat is increasingly asymmetrical insofar as it comes not only from traditional foreign intelligence services but also from nontraditional, non-state actors who operate from decentralized organizations.
Intelligence collection is no longer limited to classified national defense information but now includes targeting of the elements of national power, including our national economic interests. Moreover, foreign intelligence tradecraft is increasingly sophisticated and takes full advantage of advances in communications security and the general openness of US society. 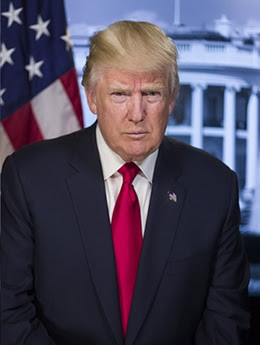 HUNGARY OPENS MILITARY BASE AT BORDER TO STOP MIGRANTS 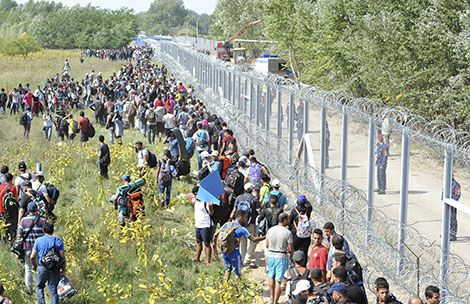 HUNGARY OPENS MILITARY BASE AT BORDER
TO STOP MIGRANTS
BY CHRISTINE WILLIAMS
SEE: https://www.jihadwatch.org/2017/03/hungary-opens-military-base-at-border-to-stop-migrants;
Hungarian Prime Minister Viktor Orban has been strikingly vocal about how Europe has failed to manage the migrant crisis, noting how the Muslim migrants have brought Europe only crime, chaos, jihad attacks and threats, and staggering multi-billion dollar costs to taxpayers. Orban has recommended: helping Christians before Muslim migrants and sinking empty migrant ships to “save the Mediterranean.” He has referred to asylum seekers as “a poison.” Orban has also stated that “those arriving have been raised in another religion and represent a radically different culture,” and has called Europe’s response to the migrant chaos “madness.” Now Orban is taking action. According to his Defense Minister Istvan Simicsko:


The defense of the border … so hundreds of thousands won’t march across the country, deserves total respect….Our most important common interest is the protection of the Hungarian citizens, our family members and civilians.”


Hungary opened a small military base Monday along its southern border for soldiers designated to stop migrants from entering the country.
The complex is one of four bases built since the start of the year. It is constructed from 90 containers and is meant to serve 150 troops stationed along the southern border.
The soldiers work with designated “border hunters” to prevent migrants from getting across the fence erected along the border to Serbia. The base will significantly cut down the commute for soldiers on patrol.
“The defense of the border … so hundreds of thousands won’t march across the country, deserves total respect,” Hungarian Defense Minister Istvan Simicsko said at the opening of the base, according to The Associated Press. “Our most important common interest is the protection of the Hungarian citizens, our family members and civilians.”
Hungary recently announced the construction of a second border fence. The national parliament also approved legislation to indefinitely detain asylum seekers in containers along the border. (RELATED: Hungary Moves To Detain All Asylum Seekers In Containers)
“The migration flow has only slowed, but it is not over,” Prime Minister Viktor Orban said at a swearing-in ceremony for hundreds of border guards March 7….

Posted by John at 8:32 AM Links to this post

WHY THE FBI'S INFOWARS-RUSSIA INVESTIGATION IS COMPLETELY LUDICROUS

WHY THE FBI'S INFOWARS-RUSSIA INVESTIGATION
IS COMPLETELY LUDICROUS
If the FBI really wants to find out who interfered in the election, they should investigate Google, Facebook & Twitter
BY PAUL JOSEPH WATSON
SEE: https://www.infowars.com/why-the-fbis-infowars-russia-investigation-is-completely-ludicrous/;
The revelation that the FBI is investigating whether Infowars assisted in helping Russian operatives as part of a secret cyber operation to help Donald Trump win the presidency is the ludicrous culmination of four months of wall to wall leftist hysteria about Moscow “hacking” the election.
Federal investigators will probe whether Russian operatives created bots to blitz social media with pro-Trump stories that harmed Hillary Clinton’s campaign, including links from Infowars, RT, and Breitbart.
“Investigators examining the bot attacks are exploring whether the far-right news operations took any actions to assist Russia’s operatives. Their participation, however, wasn’t necessary for the bots to amplify their news through Twitter and Facebook,” reports McClatchy.
Having failed to stymie our accelerating growth for over a decade, long before “Russian hacking” or “fake news” was even a thing, this partisan investigation is a transparent attempt to silence and censor Infowars by ludicrously impugning us as a conduit for Kremlin propaganda.
It’s also incredibly ironic given that the only evidence of tech outfits interfering in the election to deliberately help a certain candidate implicates Google, Facebook and Twitter in manipulating their own algorithms to aid Hillary Clinton.
As we’ve seen from the establishment’s fake news narrative, this is nothing less than a ruse to try to ban legitimate news coverage and dissenting opinion, despite a Stanford University study which found that fake news had no impact on the outcome of the presidential election and if anything benefited Hillary Clinton.

By declaring Infowars to be little more than a front for Russian bots, with no evidence whatsoever, this provides Facebook, YouTube and Twitter a pretext with which to ban and censor our content.
In reality, it’s these very companies, cheered on by the left, that used techniques not too dissimilar to the claims about Russian bots to game their own algorithms in a desperate attempt to boost Hillary Clinton’s chances.
Two months before the election, psychologist Robert Epstein and SourceFeed’s Matt Lieberman both exposed how Google was manipulating search results in relation to Hillary Clinton to ensure “autocomplete suggestions were biased in favour of Clinton”.
Typing in “Hillary Clinton is” to Google only returned positive suggested results, whereas when users searched identical terms in other search engines such as Bing or Yahoo, the first results suggested were things like, “Hillary Clinton is a liar,” or “Hillary Clinton is a criminal”.

This manipulation had the power to “shift as many as 3 million votes,” according to Epstein.
Wikileaks emails also revealed that John Podesta, Hillary’s campaign manager, sought to have “discreet conversations” with the likes of Apple, Facebook and Google.
Other emails reveal that Facebook founder Mark Zuckerberg wanted to meet with the Clinton campaign, while Facebook Chief Operating Officer Sheryl Sandberg did meet with Clinton chief of staff Cheryl Mills in 2015.
In May 2016, it was reported that Facebook ordered its staff to suppress stories deemed of interest or beneficial to conservatives by manipulating its “trending” section to block them out.

Facebook staff also told Gizmodo that they were instructed to artificially “inject” subjects into the trending section that were not organically trending.
Twitter was also doing its best to bury negative information about Hillary. In February 2016, Vocative revealed how the company was censoring hashtags that made the Democratic candidate look bad.
The hashtags #WhichHillary and #WhichHillaryCensored were removed from Twitter’s trends list despite being considerably more active than other hashtags that were allowed to trend.

The mainstream media’s constant barrage of fake news which suggested Hillary was anything up to 98% certain to win the presidency was also a deliberate attempt to manipulate Trump supporters by convincing them their vote was worthless.

All of these examples of tech companies deliberately gaming their algorithms to help Hillary are documented, whereas conspiracy theories about Infowars working with Russian bots are backed up by nothing but hot air.
We are being accused, with zero evidence, of the exact kind of manipulation that Facebook, Google & Twitter oversaw to help Hillary.
It’s also worth remembering that the ‘Russian bots control Infowars’ conspiracy originated from Louise Mensch, who also thinks Putin had Breitbart murdered and was exposed in the Wikileaks release of John Podesta’s emails as being a Hillary Clinton sycophant.

If the FBI really wants to get to the bottom of who interfered in the election – we suggest they start by investigating Google, Facebook and Twitter.
The only interference Infowars had in the election is to make the better arguments – for that we are guilty as charged.
Unfortunately for the left, their obsession with baseless, paranoid delusions about vast Russian conspiracies will continue to hinder any kind of real examination as to why they lost – and that can only be a good thing for conservatives.
Posted by John at 8:21 AM Links to this post