CORPORATE SURVEYS: ARE YOU AN ALLY OF THE LGBT COMMUNITY?~THE BURGER KING "PROUD WHOPPER" 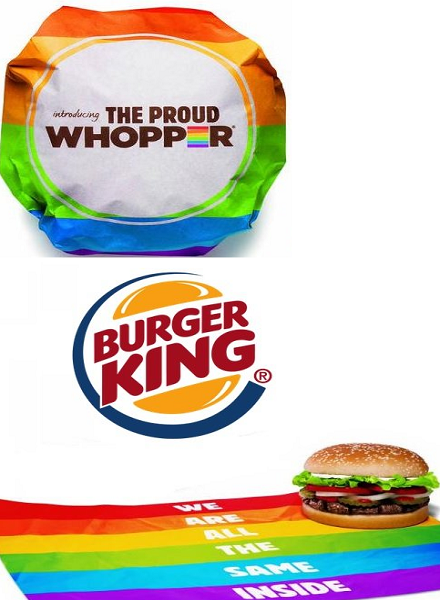 THE BURGER KING "PROUD WHOPPER":
The Proud Whopper, as it's called,
comes wrapped in a rainbow colored wrapper
with this inscription:
"We are all the same inside."
SEE:
http://culturecampaign.blogspot.com/2014/07/corporations-embrace-gay-agenda-with.html;
EXCERPT:

Teaming up with activist judges who redefine marriage, American businesses are actively pushing acceptance of sexual deviancy under the guise of diversity, are funding homosexualist propaganda, and even singling out any Christian opposition for punishment.

SEE: http://www.thenewamerican.com/culture/faith-and-morals/item/18628-burger-king-sells-gay-whopper-canadian-city-bans-chick-fil-a;
EXCERPT:
"Burger King has offered conservative Christian diners a reason to cross the restaurant off their weekly burger cycle. In a nod of support to the aggressive homosexual agenda sweeping the nation, reportedUSA Today, the fast-food mega-chain has introduced a “gay pride” version of its signature sandwich, the Whopper.
“The Proud Whopper, as it's called, comes wrapped in a rainbow colored wrapper with this inscription: 'We are all the same inside,'” reported the paper. Predictably, the gay burger is being especially featured during the July 4 week at Burger King's San Francisco Market Street location, an area that was “at the heart of the route for last weekend's 44th annual San Francisco Pride Celebration & Parade,” reported noted USA Today.
Burger King's promotion of the homosexual agenda comes complete with a two-minute video, featured on YouTube, that attempts to play up the restaurant's “courage” in standing with the gay community, along with promoting the notion that gay or straight, everyone is the “same inside.”"

SEE: http://christiannews.net/2014/07/03/a-gay-hamburger-burger-king-selling-the-proud-whopper-to-celebrate-sin/;
EXCERPT:
"Last weekend, the fast food chain was a proud sponsor of the 44th annual San Francisco Pride Celebration & Parade, which also passed by its downtown restaurant where workers sold “Proud Whoppers” and handed out some 50,000 rainbow Burger King crowns that were worn by parade participants and spectators.
According to Machado, all “Proud Whopper” sandwich sales will be donated to the Burger King McLamore Foundation to provide scholarships to openly homosexual high school seniors that will be graduating in 2015.
Chipotle, whose owner is openly homosexual, has sponsored floats in homosexual pride events nationwide. Additionally, Starbucks, whose CEO told a shareholder who objected to the company’s promotion of homosexuality last year that he could sell his shares, recently marked the 40th anniversary of Seattle Pride by flying an enormous 800 square foot rainbow flag over its headquarters in Seattle."
_______________________________________________

If They Support Homosexual Lifestyle

From:
http://careers.jpmorgan.com/student/jpmorgan/careers/proudtobe/us/networks;
republished below in full unedited for informational, educational, and research purposes:
LGBT Networks
"In addition to the opportunities and guidance that our Proud to Be events offer you throughout the recruitment process, J.P. Morgan is committed to helping our LGBT candidates succeed once they get here.

When you join us, you will immediately start building your network. You can become a member of our firmwide LGBT business resource group, PRIDE, which engages allies, management and other business resource groups in promoting an inclusive environment within the firm. This consistently allows LGBT colleagues the opportunity to build successful careers and reach their greatest potential. It provides networking and development opportunities with both peers and senior management across products and functions, in a context that is enriching to your individual growth.

Today, with 25 chapters globally including a recently-launched chapter in Hong Kong, PRIDE continues to support the LGBT community at the firm. No matter what business you are part of or which region you sit in, members of PRIDE are here to help guide, advise and enrich your career. You'll see many members actively participating in our student events, mentoring programs and many other firm-wide initiatives. We all have one thing in common – the desire to succeed and help others around us succeed as well. Your peers and network will be there to support, guide and celebrate your development as you progress – both professionally and personally."
__________________________________________________________________ 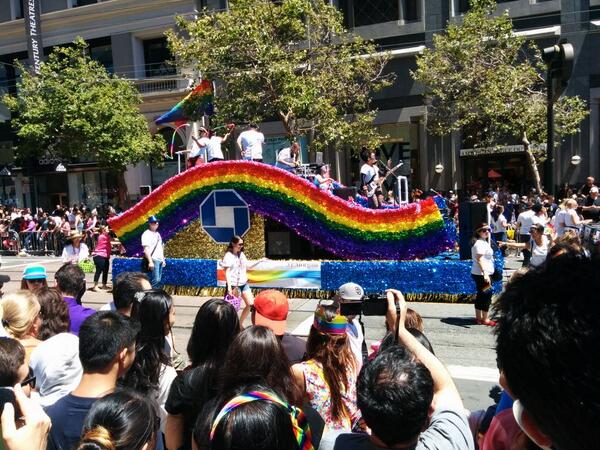 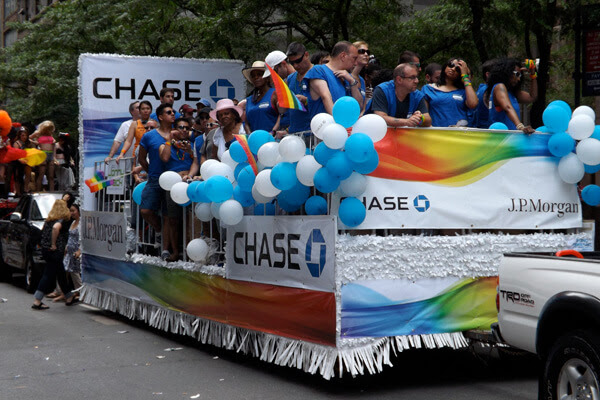 It Gets Better: PRIDE at JPMorgan Chase & Co.:

OVER 26,000 PASTORS TRAINED BY FEMA TO USE "ROMANS 13" TO PACIFY CITIZENS, QUELL DISSENT, & OBEY GOVERNMENT TOTALLY 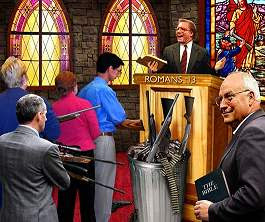 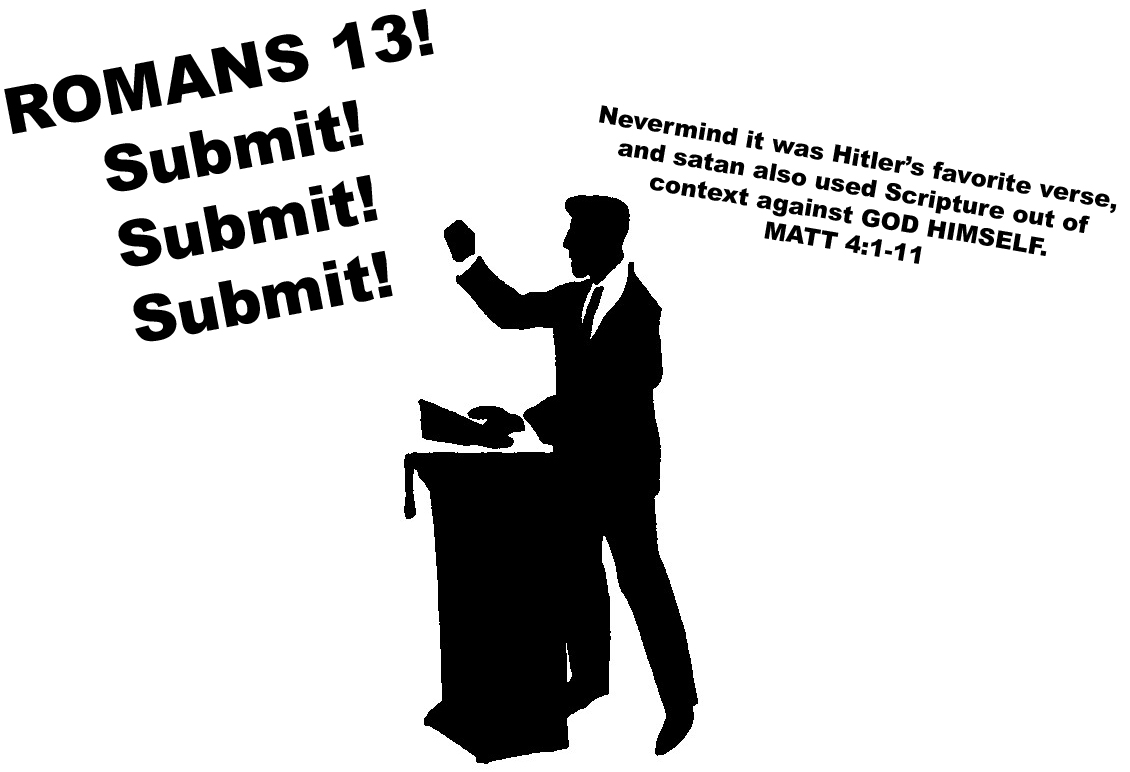 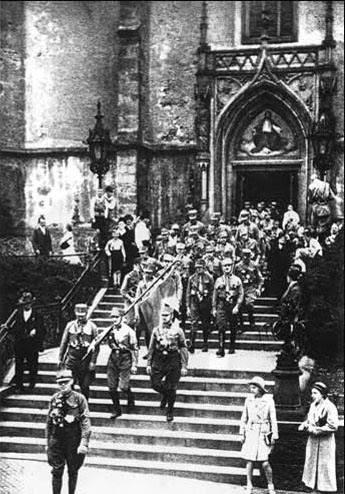 Over 26,000 U.S. Pastors are preparing Congregations from Evangelicals to Roman Catholics and every one in between to obey the government at all cost, no matter what during any coming catastrophe. These orders would include but are not limited to:
- Gun Confiscation
- Forced Vaccinations
- Forced Relocation
These Pastors are also be trained who the potential "Domestic Terrorist" which include Gun Owners, Libertarians and those who would oppose Government Tyranny and Control...
Spread this Urgent End-Time Word - Forward These Broadcast!
Will You Help Us Do Even More? Please Donate:
http://www.emoaf.org/Donate.html
Evangelist Anita Fuentes Website: http://www.emoaf.org/

Does Your Pastor Play on The Government's FEMA Team?:

Evangelist Anita uncovers the following:
- Pastors being trained by U.S. Gov't as Secret Police Enforcers
- All for the "common good"
- Romans 13 being propagated for Satan's Agenda in U.S.
- What is a Sovereign Citizen?
- Are You A Domestic Terrorist?
- A Double Threat to U.S. Gov't: Gun Owners who are also Christians
- Hitler Was Very Involved in the Church Too
- Obama: I will build Kingdom on Earth"
and much, much, more...
Spread this Urgent End-Time Word - Forward These Broadcast!
Will You Help Us Do Even More? Please Donate:
http://www.emoaf.org/Donate.html
Evangelist Anita Fuentes Website: http://www.emoaf.org/

Following are characteristics that qualifies a person as a potential domestic terrorist according to the DHS, TSA and FEMA:

America's Churches Pledge Their Allegiance to the New World Order:

Published on Jul 1, 2014
Evangelist Anita Uncovers the following:
- The Majority of America's Pastors Serving as Agents of the Shadow Government
- Most of These Pastors invited to White House for their marching orders on what to preach and do
- First Directive of these pastors: Preach from Romans 13
- Feel Good Message setting up congregants to be subservient, blind, lukewarm, naked, passive and to fall away when The Persecution Hits America
- The Dream the Lord gave me concerning Walmart and the New World Order
- Over 6,000 Fully Staffed and Fully Operational FEMA Camps
and much, much, more...
Following are characteristics that qualifies a person as a potential domestic terrorist according to the DHS, TSA and FEMA:

Pastors who are Prostitutes of Propaganda:


FEMA recruiting them to lead folks to the camps: