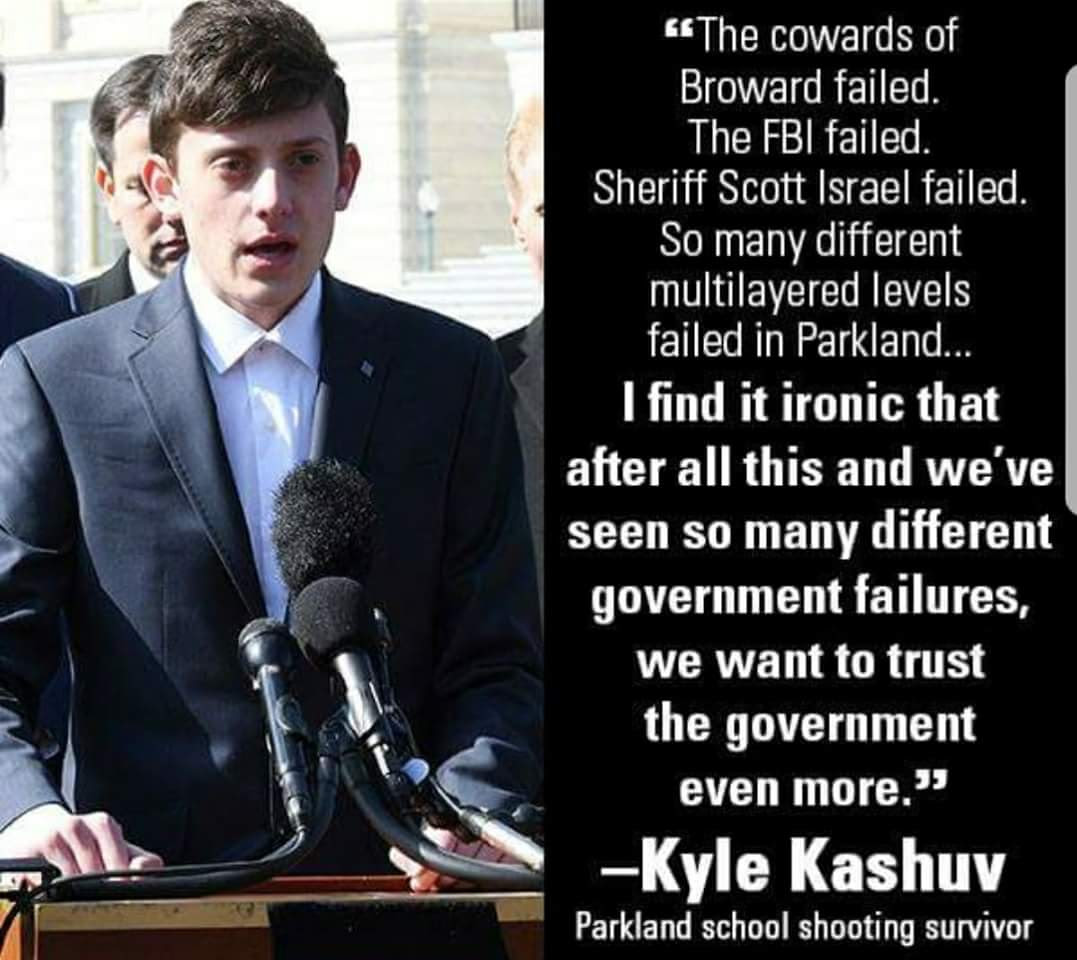 BY ADAN SALAZAR
SEE: https://www.infowars.com/cops-accost-pro-2nd-amendment-parkland-survivor-over-gun-range-photos/; republished below in full unedited for informational, educational, and research purposes:
Parkland school shooting survivor Kyle Kashuv says he was aggressively interrogated by police after social media posts showed he visited a gun range.
On Friday, Kashuv – who does not prescribe to the anti-gun rhetoric of his fellow anti-Second Amendment #NeverAgain peers – wrote he was learning to fire a gun for the first time. 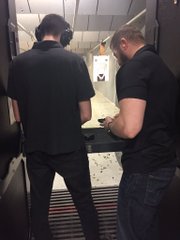 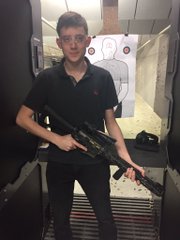 It was great learning about our inalienable right of #2A and how to properly use a gun. This was my first time ever touching a gun and it made me appreciate the #Constitution even more. My instructor was very informative; I learnt a lot. #2A is important and we need 2 preserve 2A


“It was great learning about our inalienable right of #2A and how to properly use a gun. This was my first time ever touching a gun and it made me appreciate the #Constitution even more,” he tweeted, indicating in other posts he was there with his father. “My instructor was very informative; I learnt a lot. #2A is important and we need 2 preserve 2A”.
Other posts showed Kashuv firing an AR-15 and an instructor teaching him how to fire.

When he returned to school Monday he was ordered to the principal’s office, where he was informed that other students “had been upset by his posts,” according to The Daily Wire.
In a statement to The Wire, Kashuv described meeting with the armed campus resource officer, being questioned aggressively by a member of the Broward County Sheriff’s Office and said police repeatedly referred to him as “the pro-Second Amendment kid.”

Near the end of third period, my teacher got a call from the office saying I need to go down and see a Mr. Greenleaf. I didn’t know Mr. Greenleaf, but it turned out that he was an armed school resource officer. I went down and found him, and he escorted me to his office. Then a second security officer walked in and sat behind me. Both began questioning me intensely. First, they began berating my tweet, although neither of them had read it; then they began aggressively asking questions about who I went to the range with, whose gun we used, about my father, etc. They were incredibly condescending and rude.
Then a third officer from the Broward County Sheriff’s Office walked in, and began asking me the same questions again. At that point, I asked whether I could record the interview. They said no. I asked if I had done anything wrong. Again, they answered no. I asked why I was there. One said, “Don’t get snappy with me, do you not remember what happened here a few months ago?”
They continued to question me aggressively, though they could cite nothing I had done wrong. They kept calling me “the pro-Second Amendment kid.” I was shocked and honestly, scared. It definitely felt like they were attempting to intimidate me.
I was treated like a criminal for no reason other than having gone to the gun range and posted on social media about it.

The Broward County Sheriff’s office did not respond to Daily Wire’s request for comment.
INTERROGATION AT SCHOOL BY "SECURITY" & BROWARD COUNTY POLICE; STUDENT NOT ALLOWED TO RECORD ABUSIVE QUESTIONING


SEE ALSO: https://www.ammoland.com/2018/04/enforcers-intimidate-parkland-student-for-going-to-gun-range-with-father/#axzz5DgdWqvRM
EXCERPTS:
"For millions of Americans, this is normal and non-controversial. They would properly consider anyone upset by it to be either in need of therapy or a defiant rebuke. Or both."
"He was attacked on Twitter by leftist ankle-biters accusing him of grandstanding for attention and intimidating Stoneman Douglas survivors. Other students, indoctrinated to be good little informants for the state, “complained” to the school, resulting in Kashuv being dragooned by armed “school resource officers” and grilled as if he were suspected of plotting the next massacre."
"“I didn’t know Mr. Greenleaf, but it turned out that he was an armed school resource officer. I went down and found him, and he escorted me to his office. Then a second security officer walked in and sat behind me. Both began questioning me intensely. First, they began berating my tweet, although neither of them had read it; then they began aggressively asking questions about who I went to the range with, whose gun we used, about my father, etc. They were incredibly condescending and rude.”"
Kashuv reports he was isolated, interrogated and intimidated, and recounts he was not allowed to record the conversation. This was done without parental consent, and with no opportunity to solicit legal counsel.  It was done for no other apparent reasons than Kashuv disagreeing with prevailing “progressive” sentiment on guns. And for actually participating in a “gun culture” authorities and administrators are bent on eradicating.
Posted by John at 9:54 AM Links to this post

SEE: https://www.infowars.com/macron-tells-trump-resist-nationalism-that-divides-world/; republished below in full unedited for informational, educational, and research purposes:
French President Emmanuel Macron told President Trump to surrender to the false song of globalism during a speech at the South Lawn of the White House on Tuesday.
“It is together that we can resist the rise of aggressive nationalisms that deny our history and divide the world,” Macron said in French.
“It is together that we will build a new, strong multilateralism that defends pluralism and democracy in the face of ill winds.”
BODY HUGS & EMBRACES: THE FRENCH WAY TO GET INTO TRUMP'S GOOD GRACES? BOTH LOOKING AT THE BIGGER PICTURE IN EUROPE & MIDDLE EAST?
MACRON "RESPECTS" SOVEREIGNTY OF MIDDLE EASTERN COUNTRIES, BUT NOT EUROPEAN?
“Our culture or identity has always been to work for all countries while aspiring to universality,” he added.
Last week, Macron said that Europe and Africa “share the same destiny,” and that Europe must accept hundreds of millions of African migrants over the next thirty years.
“The migratory phenomenon we are facing will be historic,” declared the French president in a television appearance last week, adding that “great poverty”, “climate change”, and “geopolitical conflicts” will see Africans flooding into Europe “for many years to come.”
______________________________________________
FRESH MUTUAL ADMIRATION & HISTORICAL FRIENDSHIPS WITH EUROPEAN SOCIALIST/GLOBALIST??? TOOTHY SMILES, GRINS, AND LOVE PATS BASED ON "COMMON HISTORY"
ARE THEY KIDDING US?
Trump’s French Kiss

Posted by John at 9:44 AM Links to this post 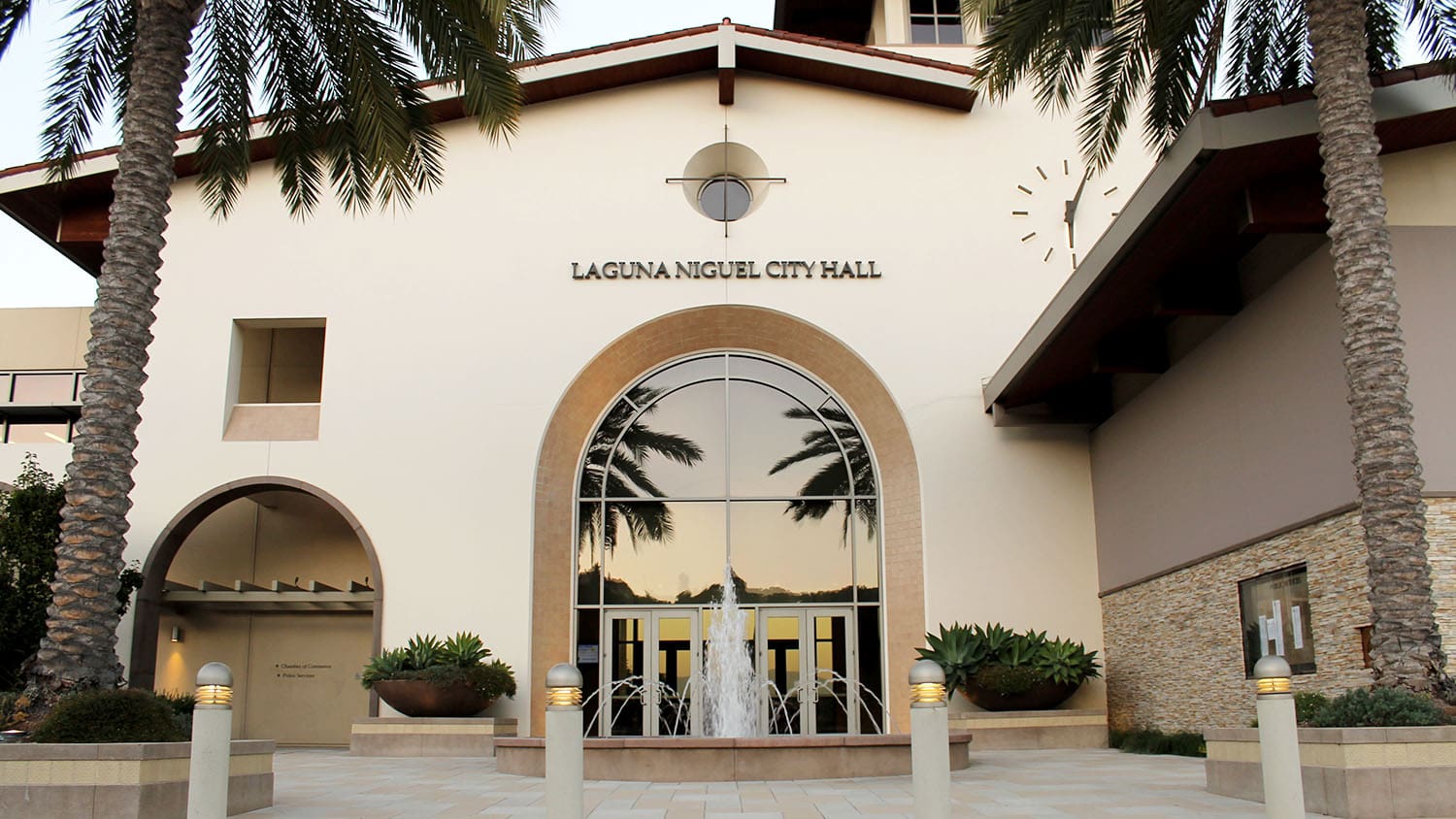 CITY OF LAGUNA NIGUEL SAYS CALIFORNIA'S SANCTUARY LAW CONFLICTS WITH CONSTITUTION
BY WARREN MASS
SEE: https://www.thenewamerican.com/usnews/immigration/item/28824-laguna-niguel-says-california-sanctuary-law-conflicts-with-constitution; republished below in full unedited for informational, educational, and research purposes:
The city of Laguna Niguel, California, issued a press release on April 17, informing the public that the Laguna Niguel City Council had voted unanimously to condemn California Senate Bill 54, “which conflicts with Federal Law and the U.S. Constitution.”
SB 54, also known as the California Values Act, prohibits state and local agencies from enforcing immigration laws or working with immigration enforcement agencies.
The release stated that Laguna Niguel also unanimously voted to join the County of Orange and several other Orange County cities (at no cost to the taxpayers) in an amicus brief challenging the constitutionality of SB 54.
The release continued by saying:
Senate Bill 54, which was passed by the California State Legislature and signed into law by Governor Brown, prohibits Laguna Niguel’s law enforcement officers from working collaboratively with the U.S. Immigration and Customs Enforcement (ICE) agency when a non-U.S. citizen is arrested for a serious felony such as domestic violence, assault or even homicide. The impact of the state’s new law could result in the release of accused criminals back into the community rather than turning them over to ICE for consideration of deportation.
“In Laguna Niguel our top priority is public safety,” the release stated, quoting Laguna Niguel Mayor Elaine Gennawey. “We support our police officers and the rule of law. We welcome immigrants of every race and creed. We are a compassionate community, but we will not take away our local police officers’ ability to work collaboratively with other law enforcement agencies to further protect the public safety of our residents. ‘Siloing’ law enforcement and limiting communications between public safety agencies can put our residents at risk.”
The Business Dictionary defines “Silo mentality” as: “A mindset present in some companies when certain departments or sectors do not wish to share information with others in the same company. This type of mentality will reduce the efficiency of the overall operation, reduce morale, and may contribute to the demise of a productive company culture.”
The city’s press release also noted another reason why Laguna Niguel should not comply with California’s sanctuary law:
Additionally, the City is required to comply with Federal law to receive Federal grants. If the City were to ignore the Federal government’s authority to enforce immigration law, community services for the disabled, elderly and at-risk homeless residents as well as street improvement projects could lose the federal funding that keeps those important programs viable.
The New American has published several articles recently about other cities in Orange County, as well as the county Board of Supervisors, that have either passed anti-sanctuary resolutions or have joined the federal lawsuit by the Trump administration against the state’s sanctuary laws. The Riverside County cities of Beaumont and Murrieta are also considering taking official stances against the state’s sanctuary laws, and the San Diego County Board of Supervisors is also considering joining the administration’s lawsuit against the state of California.
Related articles:
Orange County Joins Lawsuit Against California's Sanctuary Status
California City Votes for Second Time to Exempt Itself From State's Sanctuary Law
California City May Exempt Itself From State’s Sanctuary Law
Trump DOJ Sues California Over Its Immigration and Sanctuary Policies
President Trump Thinking About Pulling ICE Agents Out of California
California to Punish Businesses That Cooperate With Feds on Immigration
Governor Brown Signs Bill to Make California a Sanctuary State
ICE Acting Director: California Sanctuary State Law Will Force “At-large” Arrests
Trump DOJ Demands Documents From “Sanctuary” Jurisdictions
Sessions and DOJ Give Sanctuary Cities “Last Chance” to Comply
Trump, Sessions Increase Pressure on Sanctuary Cities
Sanctuary Cities: an Invitation for Criminals
ICE Acting Director: California Sanctuary State Law Will Force “At-large” Arrests
_____________________________________________________________

SOCIAL/EMOTIONAL LEARNING???
BRAINWASHING & INDOCTRINATION TECHNOLOGY THAT LIBERALS ARE USING
ON KIDS
PUBLIC SCHOOLS ARTIFICIAL INTELLIGENCE CUSTOMIZED SOCIAL ENGINEERING
FOR CHILDREN
A caller joins David Knight to warn parents about adaptive, personalized social engineering already being rolled out for children as textbooks are replaced by AI & interactive online curriculum.
UN & GOVERNMENTS ELIMINATING TEXTBOOKS IN FAVOR OF INTERNET CURRICULUMS THAT ARE CONSTANTLY CHANGING CONTENT.
ALGORITHMS & DATA COLLECTION FROM CHILDREN WITHOUT PARENTAL APPROVAL AND/OR INVOLVEMENT
How 'Sex Ed' Destroys Parental Rights
Recently, California enacted the Healthy Youth Act, which uses 'Sex Education' as a means of bypassing parental rights to indoctrinate school children with progressive ideology. According to the act, the parental right to opt-out one's children from sex education "does not apply to instruction, materials or programming that discusses gender, gender identity, ...sexual orientation". The Orange County Board of Education went even further stating that parents who disagree with the instruction materials "may not excuse their children from instruction". This has outraged parents concerned about the over sexualization of children in school. Parents and students have organized walkouts and boycotts of public schools spurring the 'Sex Ed Sit Out' movement. Infowars reporter Millie Weaver asks people what they think about sex education and how it relates to parental rights.