Rather than the fact that extremists are murdering people

BY STEVE WATSON
SEE: http://www.infowars.com/obama-blames-terrorism-fear-on-media-saturation/; republished below in full unedited for informational, educational, and research purposes:

In an NPR interview yesterday, the president claimed that the overriding factor contributing to increased fear of terrorism among Americans is ‘media saturation’.
Asking about Obama’s strategy to combat ISIS, NPR host Steve Inskeep asked “What is the public missing?” adding “And I say that simply because, according to polls, you don’t have very much approval for it.”
“Well, I think what’s fair is, post-Paris, you had a saturation of news about the horrible attack there, and ISIL combines viciousness with very savvy media operations,” Obama replied.
“And as a consequence, if you’ve been watching television for the last month, all you’ve been seeing, all you’ve been hearing about is these guys with masks or black flags who are potentially coming to get you, so I understand why people are concerned about it.” the president added.
In several recent polls, increased numbers of Americans have said they now fear the threat of terrorist attacks.
Obama added that while the attacks constituted a “legitimate” story the media coverage was all about getting ratings.
“Look, the media is pursuing ratings,” he said. “This is a legitimate news story. I think that, you know, it’s up to the media to make a determination about how they want to cover things.” he said.
Last week, the president admitted to a closed meeting of journalists that he did not fully understand the reaction to the Paris and San Bernardino terror attacks, saying that he didn’t watch enough TV news to take it in.
Obama has used this line consistently, saying he only learns of events from TV news, often as a way of pleading ignorance on negative revelations.
The admission, reported by the New York Times, was later pulled altogether and memory holed.
In the NPR interview Obama also blamed woeful approval ratings on his ISIS strategy on a lack of communication.
“On our side, I think that there is a legitimate criticism of what I’ve been doing and our administration’s been doing in the sense that we haven’t, on a regular basis, described all the work that we’ve been doing for more than a year now to defeat ISIL,” Obama said.
“So if people haven’t seen the fact that 9,000 strikes have been carried out against ISIL, if they don’t know that towns like Sinjar that were controlled by ISIL have been taken back, or that a town like Tikrit that was controlled by ISIL now has been repopulated by previous residents, then they might feel as if there’s not enough of a response.” he added.
“So part of our goal here is to make sure that people are informed about all the actions that we’re taking.” the president said. Remember in the summer of 2013 when the Obama administration was on the precipice of attacking Syria and toppling Bashar Al-Assad?
Twitter was flooded with images of US service members expressing their staunch opposition to being forced to act as Al-Qaeda’s air force.
Reports at the time also confirmed that top military officials were dead against air strikes.
Now an explosive investigation by Seymour Hersh has revealed that the Pentagon was engaged in a secret revolt against the Obama White House.
A highly classified DIA and Joint Chiefs of Staff report predicted that arming the rebels and toppling Assad would lead to the rise of ISIS.
The Pentagon knew that Obama was arming Islamic extremists and that the so-called moderate Free Syrian Army had evaporated.
But the Obama administration didn’t want to hear the truth and deliberately buried the report.
So the Pentagon bypassed the White House entirely and handed intelligence on the same jihadists who Obama was arming to Germany, Israel and Russia.
This intel was then passed directly to Assad, who used it to turn the tide against the jihadists, almost certainly saving Syria from being completely taken over by the Islamic State.
The bottom line is that many of the top brass in the Pentagon knew Obama’s policy would lead to an even bigger disaster than we have now, and they took decisive action to derail it.
The secret measure was also partly a payback after Assad had helped fight Al-Qaeda after 9/11 and Syrian intelligence had stopped an Al-Qaeda attack on the headquarters of the US Navy’s Fifth Fleet in Bahrain.
The US military also defied Obama by deliberately providing the rebels with outdated weapons, according to Seymour Hersh’s Pentagon source.
But this was derailed by Saudi Arabia, Qatar and Turkey, who gave ISIS jihadists modern weaponry in order to help them overthrow Assad.
In his report, Hersh also drops the bombshell that Turkey’s support for ISIS is because Erdogan wants to restore the Ottoman Empire.
He shares virtually the same goal as ISIS, who want to establish an Islamic Caliphate, or empire, stretching into Europe, just as Muslim crusaders did before the Christian crusades.
This report is stunning because it confirms why the Obama White House refused to properly target ISIS for 15 months.
In his obsession with isolating Assad, Obama knowingly armed ISIS and, along with Turkey, allowed the terror organization to build its Caliphate.
Now elements of the Pentagon are in open revolt against this insanity, and will continue to be should Hillary Clinton capture the White House.
In so many ways, 2016 is shaping up to be a pivotal year for the future of the Middle East, the future of radical Islam, and the future of the free world.
Everything is at stake.
_____________________________________________________

Stunner: Pentagon in Secret Revolt Against Obama;
Passes Intelligence to Other Countries Because Obama Refused To Listen 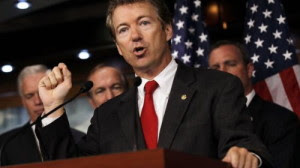 SEE: http://www.paul.senate.gov/imo/media/doc/HEN15F53%20%20Firearms%20EXOs.pdf
“In the United States, we do not have a king, but we do have a Constitution. We also have the Second Amendment, and I will fight tooth and nail to protect it,” Sen. Paul said.

Would render executive action “advisory only”

BY STEVE WATSON
SEE: http://www.infowars.com/rand-paul-introduces-bill-to-kill-obama-gun-control/; republished below in full unedited for informational, educational, and research purposes:

GOP presidential hopeful Rand Paul has introduced legislation intended to block any effort by the incumbent president to enforce gun control by executive action.
Paul’s legislation, named the Separation of Powers Restoration and Second Amendment Protection Act, would render any action on gun legislation by the president which circumvents Congress as “advisory only” in nature.
Paul’s bill would apply to “any execution action on gun control that either infringes upon congressional authority or potentially violates the Second Amendment.”
The bill then mandates that once an executive action has been classified as “advisory only,” it would require Congress to pass it in order for it to take effect.
The bill also outlines that it is within their power for a “state official, member of Congress or person affected by an executive action on gun control to launch a civil lawsuit.”
The legislation will be fast-tracked through the Senate and is expected to be made a priority after the Christmas recess.
In a statement released Monday, Paul said, “In the United States, we do not have a king, but we do have a Constitution. We also have the Second Amendment, and I will fight tooth and nail to protect it.”
Here is the full bill: (SEE ORIGINAL ARTICLE)
Obama has not tried to hide the fact that he intends to introduce gun control legislation via executive fiat.
Last week, White House communications director Jen Psaki toldBloomberg that within a matter of “weeks, not months” Obama will review recommendations for executive orders provide to him at request by the Department of Justice.
The DOJ continues to work on options to allow Obama skirt around Congress on the issue and effectively counter lawsuits that pro-Second Amendment rights groups have prepared.
According to Psaki, Obama is planning a “range of steps that can be taken as it relates to the people who have access to guns [and] how people gain access to guns,” and that he “will not be satisfied” unless some kind of action is taken on firearms before the end of his term.

"FOR THE (ALLEGED) SAFETY 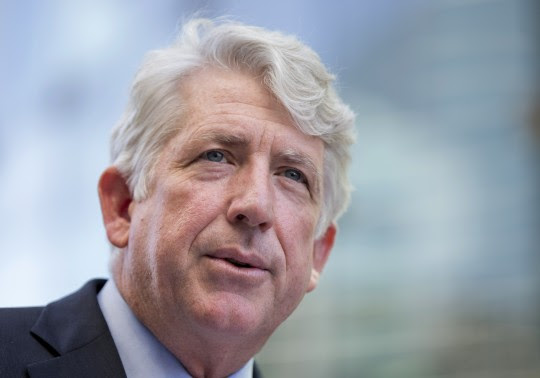 REPUBLICANS & DEMOCRATS HAVE MERGED: IT'S ALL ONE BIG POLICE STATE PARTY OF INSANITY NOW!

REPUBLICANS & DEMOCRATS HAVE MERGED: IT'S ALL ONE BIG POLICE STATE PARTY OF INSANITY NOW!
SEE: http://the-trumpet-online.com/republicans-and-democrats-have-merged-its-all-one-big-police-state-party-of-insanity-now/;
Posted by John at 2:36 PM