AVOID OBAMACARE & ITS PENALTIES WITH A CHRISTIAN HEALTH SHARING PLAN

Published on Dec 8, 2014
Infowars.com reporter Rob Dew gives 3 easy solutions to avoid Obamacare and the upcoming 2015 fees which could run a family of four nearly $1000.00 Health Sharing is gaining in popularity and by taking your money out of the insurance scam system you will take away it's power.

THREE CHURCHES BURNED IN DELAWARE~WHERE IS THE OUTRAGE OR THE HELP?

3 Delaware Churches Burn To The Ground

"BEING ALL THINGS TO ALL PEOPLE" PRAGMATIC ECUMENISM CERTAINLY DOES NOT MAKE YOU A
FIVE SOLAS PROTESTANT, MR. WARREN: 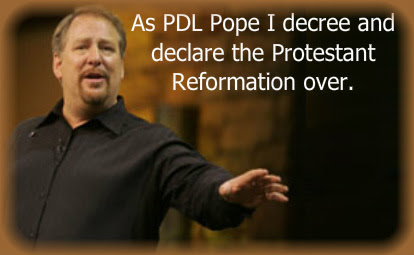 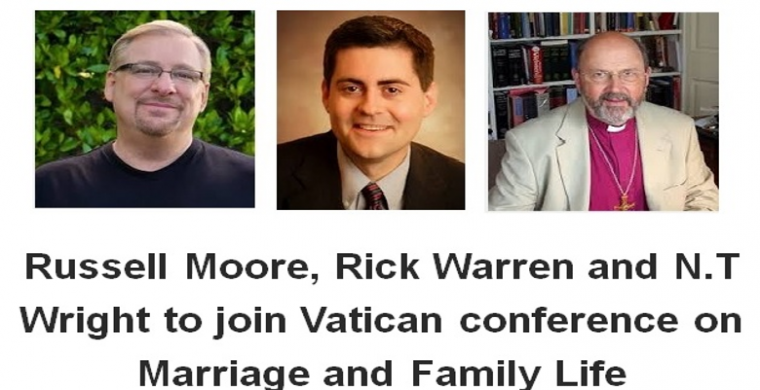 Republished below in full unedited for informational, educational, and research purposes:

SEE: http://carm.org/rick-warren-and-catholicism
by Matt Slick
In a video published by the Catholic news service1 senior pastor Pastor Rick Warren of Saddleback Church in Lake Forest, California, failed to properly assess the critical differences between biblical theology and Roman Catholic theology regarding the doctrine of salvation and added credibility to the Catholic Church. In the video, he appealed to sentiment and not scripture and said, "the most important thing is if you love Jesus, we’re on the same team." His statement is, of course, problematic.
Following is a full transcript of the two minute video. I've underlined comments that I'll be addressing after the quote.
"We have far more in common than what divides us. When you talk about Pentecostals, charismatics, evangelicals, uh, fundamentalists, Catholics, Methodists, Baptists, Presbyterians, on and on and on and on.
"Well they would all say we believe in the trinity, we believe in the Bible, we believe in the resurrection, we believe salvation is through Jesus Christ. These are the big issues. Sometimes Protestants think that Catholics worship Mary like she’s another god. But that’s not exactly catholic doctrine. There’s the understanding, and, and people say well what are the saints all about? Why are you praying to the saints? And when you understand what they mean by what they’re saying there’s a whole lot more commonality. Now there’s still real differences, no doubt about that. But the most important thing is if you love Jesus, we’re on the same team.
"The unity that I think we would see realistically is not a structural unity but a unity of mission. And so, when it comes to the family we are co-workers in the field on this for the protection of what we call the sanctity of life, the sanctity of sex, and the sanctity of marriage. So there’s a great commonality and there’s no division on any of those three.
"Many times people have been beaten down for taking a Biblical stance. And they start to feel, “well maybe I’m, I'm out here all by yourself.” No you’re not.
"The church is growing in Latin America. The church is growing in Asia. The church is growing in Africa. It’s not growing in North America or Europe. But it is growing everywhere else, so we kind of have this feeling that maybe we’re not, uh, uh, as- as influential; but we’re far more influential than people realize." (emphasis added)

First of all, Pastor Rick Warren says both the Catholics and the Protestants believe in the Bible.  However, there is a significant difference between the Bible of the Protestants and the Roman Catholic Church which has added seven books: Tobit, Judith, 1 and2 Maccabees, Wisdom of Solomon, Sirach (also known as Ecclesiasticus), and Baruch. The Jews never recognized these books as being inspired of God, and neither Jesus or the apostles ever quoted from them. In addition, there are numerous problems in the apocryphal books such as the teaching of salvation by works (Tobit 4:11; 12:9), the offering of money for the sins of the dead (2 Maccabees 12:43), etc.

Second, Rev. Warren implies that both Protestants and Catholics have the same view of salvation when he says that both, "...believe salvation is through Jesus Christ." Though it's technically correct to say that Catholics believe in salvation through Jesus Christ, they reject justification by faith alone in Christ alone. Instead, they teach that good works of various kinds are necessary for salvation. Such teaching clearly contradicts biblical theology. Please consider the following Scripture references before we get into official Catholic theology regarding salvation.
As you can see, justification is by faith alone without works (Rom. 3:28; 4:5), and the two verses listed in Galatians 3:10 and James 2:10 clearly reject any hope of salvation through faith plus any of our works (See also Gal. 5:1-5). The above verses contradict Roman Catholic theology. Please consider the following quotes from official Roman Catholic sources.
As a Protestant, Pastor Rick Warren should be able to properly teach biblical theology and refute error. This is one of the requirements of being an elder (Titus 1:5-9), and since he is a pastor he is an elder (1 Timothy 5:17). He has failed the biblical requirement found in Titus 1:9, "holding fast the faithful word which is in accordance with the teaching, so that he will be able both to exhort in sound doctrine and to refute those who contradict." Therefore, he is disqualified from being a pastor since he failed the test of elder regarding being able to "exhort in sound doctrine and to refute those who contradict."

Rick Warren said, "Sometimes Protestants think that Catholics worship Mary like she’s another god. But that’s not exactly catholic doctrine." We could talk a great deal about the differences between the biblical view of Mary and the Roman Catholic one, but without going into great depth I will simply provide a few references from Catholic sources regarding the person and work of Mary. You decide for yourself if a kind of worship and adoration is given to her that should be given only to God.
Obviously, the qualities and works attributed to Mary by the Roman Catholic Church far exceed what is revealed to us in Scripture. In fact, the Bible says not to exceed what is written (1 Corinthians 4:6). But, through Catholic tradition a whole host of unbiblical teachings concerning her have been proclaimed.

If you love Jesus, we’re on the same team