THE "FUHRERPRINZIP" AT WORK: ANDY STANLEY SAYS PASTORS ARE NOT SHEPHERDS

Even though Andy Stanley anointed Obama as "pastor-in-chief" on inauguration day January 21, 2013, what he meant by this title was far more sinister than first realized.
To the extent Stanley has subscribed to the emerging church methodology which necessarily includes absolute and unaccountable authoritarianism invested in the church leadership with the concomitant loss of individualism and freedom for the congregation, so too, the title conveyed on Obama carried the equivalent all powerful status of one who answers to no one, that is, a dictator. Yes, Stanley announced him as dictator over state and church. What, in return, is Stanley's reward? Wouldn't seem to be in the next life, would it?
Chris Rosebrough of Fighting for the Faith elaborates on the spread of church fascism and how Stanley is promoting the re-definition of what it means to be a pastor, i.e., no longer a shepherd or minister:

CAN YOGA EVER BE CHRISTIAN, OR IF NOT, THEN WHY IS THE YMCA OFFERING SEVERAL KINDS?

IF YOUR LOCAL YMCA IS OFFERING YOGA
to adults and children (in or out of the Montessori school), you should confront them about it in a reasoned way and tell them you are opposed to such in a self-identified "Christian" organization, because yoga is a Hindu discipline. If they will not listen to you or they will not terminate these classes, be prepared to first stop attending these classes and/or cancelling your membership, encouraging others to boycott the YMCA. Enough is enough.
Caryl Matrisciana, an expert on cults, is interviewed here, wherein she says that yoga cannot be Christianized:

Caryl Matrisciana on Hinduism influencing Christians and the culture:

See also: http://www.carylmatrisciana.com/site/index.php?option=com_content&view=article&id=214:yoga-a-christian-perspective&catid=60:alternative-health&Itemid=54, and
http://www.carylmatrisciana.com/site/index.php?option=com_content&view=article&id=96&Itemid=70, and
The history of yoga from the 1960s and the Beatles to the present by CarylTV, videos here:
Part 1 of 2: "Yoga Uncoiled":
Part 2 of 2: "Yoga Uncoiled":

Todd Friel of Wretched Radio interviews a Hindu from NJ about yoga:

SOUTHERN BAPTIST PASTOR ED YOUNG "WHAT WOULD JESUS SAY TO _____"

identifies his followers with the likes of Ellen DeGeneres and would like you to believe you're no different?

This "touching" video commemorates the third anniversary of Ellen's wedding with lots of photos from the wedding:
Ellen proselytizing her politically correct and aberrant sinful lifestyle packaged as humor? Apparently there are lots of women who identify or sympathize with the plight of the lesbian lifestyle she portrays: 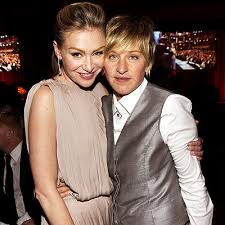 Apparently, its really cool for Southern Baptist pastors to speculate about how Jesus would relate to our modern day pervert media stars and starlets that he identifies as "culture icons" (instead of hell bent sinners), as in: 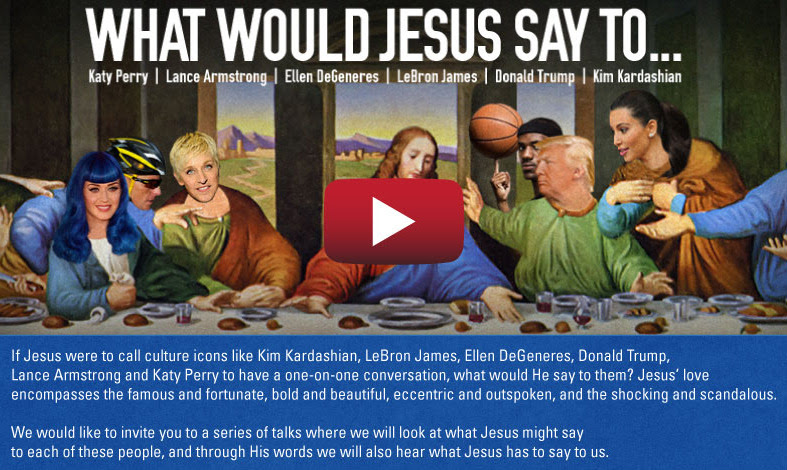 They certainly would not have a seat at a fellowship meal with Jesus such as the Last Supper, if they were unrepentant and enemies of Christ, even if Christ was a friend of sinners. The question that should be posed to this pastor is "What would Jesus say to Ed Young?" We would guess that he and his useful "culture icons" plus those in his following who identify with these, would be numbered among those whom Christ addresses as "I never knew you!". "Depart from me!".
At least Jesus Christ could tell the difference between those who were redeemable and those who were not. Ed Young can't, because he repudiated biblical separation long ago just like the rest of the Southern Baptist Convention and other apostate denominations. 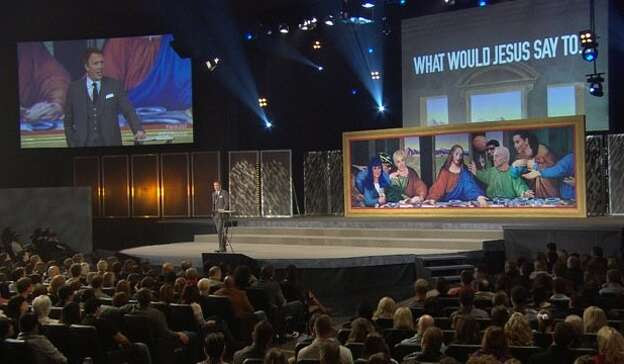 Here is a video from Ed Young's Fellowship Church:
Ed Young glorifies Ellen DeGeneres, a known lesbian. Not once does Young mention sin. Instead he claims that gays have a "different worldview", and dances around the gospel, also accompanied by loads of laughter from his congregation, similar to the iconoclastic Degeneres:
Chris Rosebrough of Fighting for the Faith reviews this issue here: