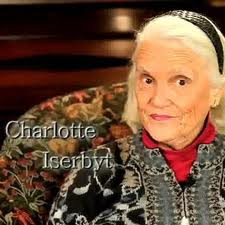 SEE: http://abcsofdumbdown.blogspot.com/2015/07/charlotte-iserbyts-statement-on-s1177.html; republished below in full unedited for informational, educational, and research purposes:

AUGUSTA, ME-- Charlotte Iserbyt speaks at the Maine State House on the dangers of the Article V Convention of States (con con) and touches upon HR5 legislation, which is the reauthorization of ESEA and continuation of the federal takeover of education. February 17, 2015

H.R. 5 does not eliminate programs or reduce spending. The bill consolidates more than 65 programs into a Local Academic Flexible Grant, which requires states to submit detailed documentation, follow prescriptive rules, and comply with onerous reporting requirements. This is not a block grant. Furthermore, H.R. 5 does not appreciably reduce spending in relation what was actually spent.

H.R. 5 does not eliminate all the burdensome federal mandates. Although the proposal wisely eliminates counterproductive and prescriptive Adequate Yearly Progress (AYP) mandates, H.R. 5 maintains the current NCLB mandates for states to establish standards in reading and math and to test kids annually between grades 3-8 and once in high school. H.R. 5 orders that academic achievement standards “include the same knowledge, skills, and levels of achievement expected of all public school students in the state.” States must also use “the same academic assessments…to measure the academic achievement of all public school students in the state.” Taken together, these twin mandates direct the state to establish a single uniform assessment, limiting the ability of local schools to determine their own curriculum.

H.R. 5 does not provide states the option of full Title 1 portability. H.R. 5 provides increased portability, but only to public schools and public charter schools. Adequate portability would extend to private schools of choice, if a state chose.

Lobbying against the ESEA reauthorization:
http://abcsofdumbdown.blogspot.com/20... 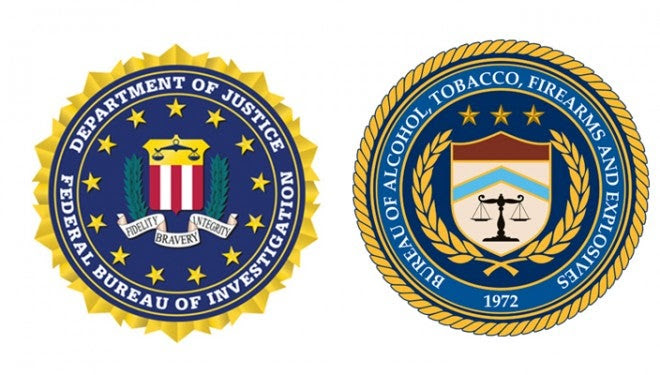 Government Gun Grabbers Prey on Vets and Elderly;
Threats Made Against Military Recruitment Centers Across America
YOUR MEDICAL RECORDS WILL BE USED TO RAID YOUR HOME & SEIZE YOUR GUNS
BEWARE OF POLICE "WELLNESS CHECKS"
Published on Jul 22, 2015
The Bureau of Alcohol, Tobacco, Firearms and Explosives (ATF) is involved in a government effort to disarm America’s veterans and seniors who may lack the capacity to manage their finances.

And it’s not just veterans facing this scrutiny: now it’s anybody who gets Social Security.

New documents obtained by The Daily Caller reveal that ATF, a division of the Department of Justice, is working with the FBI and the Department of Veterans Affairs (VA) to enter veterans who get VA benefits into the government’s National Instant Criminal Background Check System.

Posted by John at 7:55 AM Links to this post

SOCIAL SECURITY RECIPIENTS: ALL GUNS WILL BE TAKEN!~BIG BROTHER BARACK WANTS YOU IN A RACE DATABASE TO DETERMINE RACIAL DISPARITIES


Social Security Recipients!
All Guns Will Be Taken! Disabled, Mentally Ill, Troubled, Just Too Old? You Must Surrender Them!

Published on Jul 22, 2015
With the clock ticking on 18 months left in his Presidency, President Obama is determined to cause considerable damage to the second amendment rights of the good citizens of the United States before he leaves office.

The LA Times reported, “The push is intended to bring the Social Security Administration in line with laws regulating who gets reported to the National Instant Criminal Background Check System, or NICS, which is used to prevent gun sales to felons, drug addicts, immigrants in the country illegally and others. A potentially large group within Social Security are people who, in the language of federal gun laws, are unable to manage their own affairs due to "marked subnormal intelligence, or mental illness, incompetency, condition, or disease."

Roughly 4.2 million will be dropped into the same database system that the Veterans Administration is using to come and take it.
Determining whether someone is unfit to carry a gun will be open to sloppy interpretation as it could include those who don’t pose a danger to anyone, but may not be able to remember names quickly or balance their checkbook.

Data bases are being created on every red blooded American whether you own a firearm or not.

The New York Post reported, “Unbeknownst to most Americans, Obama’s racial bean counters are furiously mining data on their health, home loans, credit cards, places of work, neighborhoods, even how their kids are disciplined in school — all to document “inequalities” between minorities and whites.”

Posted by John at 7:34 AM Links to this post

Posted by John at 6:57 AM Links to this post