2 Corinthians 11:3-4-"But I fear, lest by any means, as the serpent beguiled Eve through his subtilty, so your minds should be corrupted from the simplicity that is in Christ. For if he that cometh preacheth another Jesus, whom we have not preached, or if ye receive another spirit, which ye have not received, or another gospel, which ye have not accepted, ye might well bear with him." 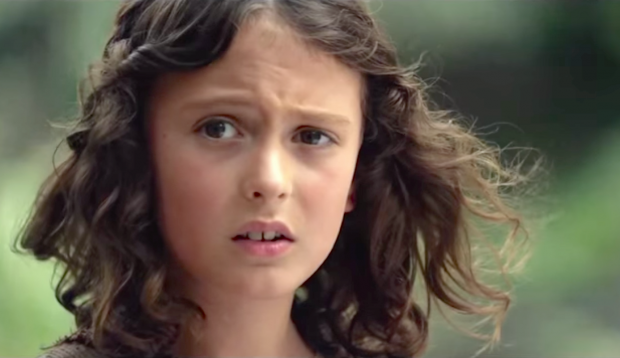 SEE: https://en.wikipedia.org/wiki/Cyrus_Nowrasteh
EXCERPT:
"Nowrasteh directed the biblical drama The Young Messiah, which was released on March 11, 2016. The story was adapted by Cyrus and Betsy Giffen Nowrasteh from Anne Rice's Christ the Lord, and was produced by 1492 Pictures and Ocean Blue Entertainment in association with CJ Entertainment. The film was distributed by Focus Features. The project had a jumpstart in early 2013 but was shut down in pre-production and was seemingly dead. Then in late 2014, the project was resurrected thanks to the efforts of Tracy K. Price and Bill Andrew, along with Italian producer Enzo Sisti. Filmed in Matera and Rome, Italy, the plot follows Jesus Christ at age seven, when he returns to Nazareth and learns about his true place as the son of God.
On December 10, 2015, Nowrasteh was interviewed on EWTN by Raymond Arroyo. Nowrasteh said of the film, "This is really a movie about a family and we take you inside the Holy Family."
_______________________________________________________________________ 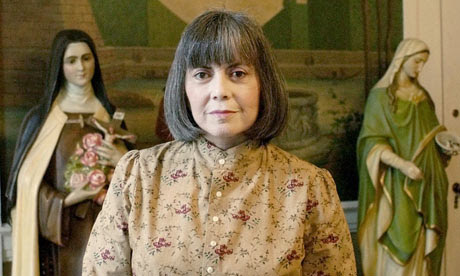 RETURNING TO THE CATHOLIC CHURCH
DOES NOT MAKE ONE A CHRISTIAN;
ESPECIALLY WHEN ONE HAS NOT
REPENTED & TURNED FROM
VAMPIRISM, WITCHCRAFT, COVENS,
GNOSTICISM, PANENTHEISM,
& MORAL RELATIVISM
ANNE RICE, AUTHOR
http://annerice.com/
http://ratherexposethem.blogspot.com/2014/06/christ-lord-another-heretical-movie.html

2 Corinthians 11:3 But I fear, lest by any means, as the serpent beguiled Eve through his subtilty, so your minds should be corrupted from the simplicity that is in Christ.

There is probably not an exact 1 to 1 correlation to the infancy Gnostic Gospel of Thomas in this movie, but the mystery religion gnostic cults never make exact correlations. It's all about corruptions and inventing new frauds, with the old ones.

EVEN CATHOLICS FIND THE MOVIE
LUDICROUS, HERETICAL
THEY ALSO SEE ELEMENTS OF THE
GOSPEL OF THOMAS

REVIEW BY DAVID CLOUD OF WAY OF LIFE
http://www.wayoflife.org/friday_church_news/17_13.php

THE YOUNG MESSIAH (Friday Church News Notes, March 25, 2016, www.wayoflife.org,fbns@wayoflife.org, 866-295-4143) - In spite of the fact that it is entirely unscriptural, The Young Messiah has been endorsed by some 50 Christian leaders, from Catholic to “evangelical,” including prominent Southern Baptists. Johnny Hunt, senior pastor of First Baptist Church of Woodstock, Georgia, and former president of the SBC, says, “The Young Messiah is incredibly entertaining but just as much, it is spiritually inspiring and stimulating as we contemplate what the early years of Jesus’ life entailed. You MUST see it.” Jay Dennis, pastor of Church at the Mall, a Southern Baptist congregation in Lakeland, Florida, says, “I want every pastor, priest, Christian leader, follower of Jesus and even those who are not believers to see The Young Messiah. You will be taken into an atmosphere where you are captivated at how Jesus must have dealt with being fully human and fully God.” The movie is loosely based on the novel Christ The Lord: Out of Egypt by Anne Rice, who writes erotic/occultic fiction. In 1998 she turned from atheism to Roman Catholicism, but in 2010, she quit “being Christian” because she refuses to be “anti-gay, anti-feminist, anti-secular humanism, and anti-science.” The Young Messiah follows the mythical journey from Alexandria, Egypt, to Jerusalem of a seven-year-old, long-haired “Jesus” and his parents. The child Jesus performs miracles, including raising the dead, but he doesn’t know that he is the Son of God. This is clearly a false christ, which the Bible so forcefully warns about (e.g., Mat. 24:4-5; 2 Cor. 11:4). The true Christ knew who He was, did not have to be helped by His parents, and He did no miracles until the wedding at Cana at the beginning of His ministry at age 30. “But thou art he that took me out of the womb: thou didst make me hope when I was upon my mother’s breasts” (Psalm 22:9).

JUST LIKE FOR SOME NAZIS, ARGENTINA AGAIN BECOMES AN ESCAPE HAVEN FOR THE OBAMAS FROM MESSY AFFAIRS IN THE NORTHERN HEMISPHERE

THE OBAMAS TANGO IN ARGENTINA WHILE ISLAMIC TERRORISM
TAKES VICTIMS IN BRUSSELS
SHOWING OFF TANGO SKILLS DOWN BELOW WHILE NEGLECTING CATASTROPHE
BY: David Rutz Follow @DavidRutz March 24, 2016 11:19 am
SEE: http://freebeacon.com/national-security/the-obama-tango/
While Brussels, Belgium, was attacked with Islamic State bombs that killed at least 31 people and injured hundreds this week, President Obama watched baseball with Raul Castro in Cuba and did the tango in Argentina.

Published on Mar 23, 2016
Obama dances while Brussels burns: President and Michelle take to the floor to TANGO during glitzy state dinner in Buenos Aires as he ignores calls to come home in wake of terror attacks

In Brussels police are still desperately hunting a dangerous terrorist, after he fled a triple-suicide bombing in the city that left 34 dead, as officials hunt for news on U.S. citizens who went missing during the attack, and medics tend to nine more Americans lying in hospital wounded. Meanwhile in Buenos Aires President Barack Obama, is dancing the night away with wife Michelle, at a glitzy state dinner alongside Argentine President Mauricio Macri, and his first lady Juliana Awada as part of a two-day state visit. Despite increasing criticism from the likes of Donald Trump, and Ted Cruz for the President to return home in the wake of the Brussels attack, Obama showed his determination to carry on regardless Wednesday night.

Perhaps as a concession to his critics, Obama said he will be sending John Kerry to Brussels on Friday, to express his condolences on behalf of the American people, and stand in solidarity with Belgium. The Obamas also shared at candlelit dinner with Macri ,and Awada at the Centro Cultural Kirchner, named after Argentina's former President and Marci's predecessor, in the country's capital this evening. The group paused for a photo opportunity on a red carpet, on their way in with Obama and Marci dressed in suits, and Michelle and Awada in glamorous evening dresses. From there they made their way into a leafy candlelit courtyard for champagne, where champagne was served before the dancing began.

As well as Republican calls for Obama to return home, it seems that a few people in his host country are also sick of him, as human rights protesters were burned American flags, and demanded that the President leave the country. The protesters accuse America of backing dictatorial regimes during the Cold War in South America, including in Argentina, and hold the U.S. responsible for the thousands who died or were disappeared under their rule. Today marks the 40th anniversary of the military coup in Argentina, that ushered in one of the most oppressive dictatorships, in Latin American history, which demonstrators argue makes Obama's visit particularly offensive.
"TURNING ON THE HEAT" WHILE SIPPING CHAMPAGNE
OBAMA INITIALLY REJECTS OFFER TO DANCE, THEN GRACIOUSLY RELENTS
Published on Mar 24, 2016
Centro Cultural Kirchner 23-03-2016
Mora Godoy y José Lugones invitaron al presidente y a la primera dama Michelle de los Estados Unidos a la pista.
fragmento del tango "Por una cabeza"

President was pictured Wednesday night at a state dinner with wife Michelle and Argentine first lady Juliana Awada. There he danced the tango and sipped champagne, ignoring calls to return home after the Brussels terror attack

Nine Americans were among hundreds wounded during a triple suicide bombing in the Belgian capital that killed 34. Obama stated earlier in the day that ISIS does not pose an 'existential threat' to the U.S. and appealed for calm.

DINNER, DANCE & PLAYING TO THE CROWDS WHILE PEOPLE DIE IN BRUSSELS