APPARENTLY HIS MARRIAGE TO A WOMAN WAS ENOUGH TO CONVINCE THEM HE WAS "REPAIRED" FROM HIS HOMOSEXUAL TENDENCIES. BUT AFTER TWENTY YEARS OF DENYING SELF PRODUCED A HURTFUL SHAME FOR HIM AND OTHERS HE HAS A NEW AND BETTER PERSPECTIVE ON GAY FEELINGS. WHEN COUPLED WITH A TWISTED UNBIBLICAL THEOLOGY OF THE ASSURANCE OF SALVATION MARRIED TO DEEP SEATED HABITUAL UNREPENTANT SINFULNESS AND A JESUS OF HIS OWN MAKING, IS IT ANY WONDER? HIS OWN WORDS REVEAL HIS INCOMPLETE TRANSFORMATION BASED ON A FAULTY CONCEPT OF CHRIST. NOW HE IS SORRY, NOT FOR HIS SIN NATURE, BUT RATHER FOR ALLEGEDLY HURTING HIS PEERS IN THE SO-CALLED "GAY CHRISTIAN" COMMUNITY. MAYBE THE EMPHASIS OF EXODUS WAS "REPAIRING" BASED MORE ON HUMANISTIC PSYCHOLOGY ALL ALONG, AND NOT REALLY BIBLICAL? 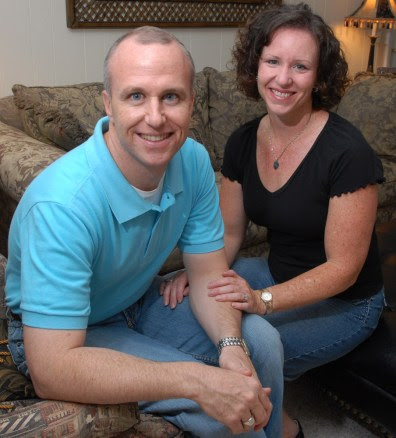 UPDATE: Gay militant smears AFTAH, again: Shortly after we posted the article and video below about Exodus International’s tragic embrace of “gay Christianity,”  AFTAH founder Peter LaBarbera was attacked by notorious homosexual militant Wayne Besen (who came up with the hateful smear “Porno Pete”): see Besen’s lie-filled “report” here:http://www.truthwinsout.org/blog/2012/09/29105/
____________________
Words cannot express my disappointment in Exodus International President Alan Chambers’“exodus” from biblical truth on homosexuality. This 17-minute video of Chambers addressing a pro-homosexual, ostensibly ”Christian” group (Gay Christian Network) aptly sums up his tragic defection. [For a rebuttal, see Prof. Rob Gagnon's paper, "Time for a Leadership Change at Exodus?] Poor Alan is way beyond his pay grade here: imagine heading up an “ex-gay” umbrella group — which is how Exodus once described itself — and apologizing to unrepentant homosexuals for the simple slogan “Change is possible.” Shame. Substitute another sexual sin (say, pornography) for homosexuality (“sexual orientation”) – and Chambers’ “apology” makes no sense at all. (For that matter, would anyone take a “Porn-using Christians Network”–or a “Christian Lusters Network”–seriously and “dialogue” with them?)
Sad but true: these days when Christians ”dialogue” with homosexual activists, as Chambers often does, it is usually the Christians who bend toward the world (sin) rather than vice versa. Stay tuned for more on this stunning story of Exodus’ and Chambers’ break with historic Christian teaching on homosexuality. — Peter LaBarbera, AFTAH
This video was produced by Oklahoma City-based First Stone Ministries, led by our friend and former homosexual Stephen Black. First Stone recently broke away from Exodus International and is now part of a new, biblically-faithful umbrella group for sexual struggers,
Restored Hope Network, http://www.restoredhopenetwork.com.

Recently, Alan Chambers, President of Exodus International, has communicated controversial statements revealing a shift toward emergent theology and an acceptance of gay Christianity:

Published on Jun 6, 2013 on YouTube:
The story of Exodus International, the LGBT men and women who have been affected by the organization and the nationwide dialogue that surrounds this topic continues in an Our America special report.

For almost 40 years, Exodus International claimed to offer a "cure" for homosexuality. Alan Chambers, the leader of Exodus, decided last year to stop endorsing the controversial practice of gay-reparative therapy. And now, he has a new message: an apology.

In a special episode, Lisa Ling is joined by a group of survivors of the (so-called) condemned and damaging practice of "reparative therapy" as they confront Alan Chambers. Chambers recently asked Ling to help orchestrate an opportunity in which he could formally apologize to those who felt deceived and defrauded by Exodus' practices and to announce that the organization will cease to be an "ex gay" organization.

Here is the more recent full apology from
Alan Chambers of Exodus International.
Bold and underlining is ours for emphasis.
http://exodusinternational.org/2013/06/i-am-sorry/: 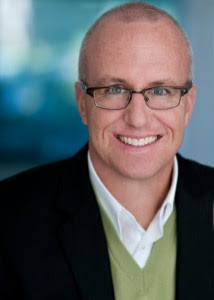 Posted by John at 5:25 PM Links to this post