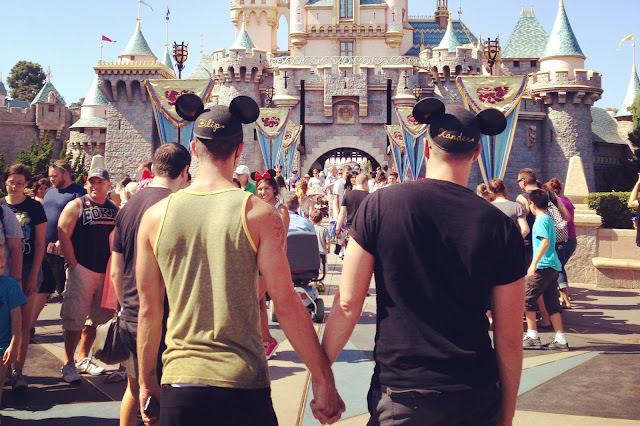 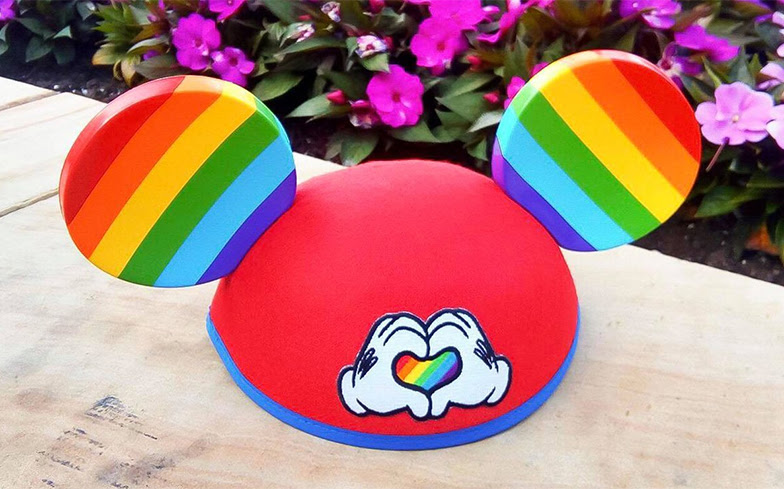 DISNEY HOSTING FIRST OFFICIAL LGBTQ EVENT
AT PARIS THEME PARK
BY DAVE BOHON
SEE: https://www.thenewamerican.com/culture/faith-and-morals/item/31436-disney-hosting-first-official-lgbtq-event-at-paris-theme-park?vsmaid=3332&vcid=3987; republished below in full unedited for informational, educational and research purposes:
For the first time ever Disney is going officially gay for a day as it hosts its LGBTQ-themed “Magical Pride” event June 1 at Disney’s theme park in Paris.
As reported by the gay website Queerty, “For years, LGBTQ tourists have visited Disney theme parks en masse to celebrate ‘Gay Days’ at the Magic Kingdom.” But this is the first time a Disney park has officially veered from its family-friendly posture and openly celebrated the homosexual culture. On its official MagicalPride.com website, Disney insists that the special gay day is open to “anyone and everyone,” even as it concedes that it is “primarily” designed for the “LGBT community” along with “friends and families” who buy into that sort of thing.
Noting that the “Magical Pride” event will “reportedly” include an official “Magical March of Diversity Parade,” Queerty reported that Disney’s “decision to finally host an official LGBTQ Pride event comes 28 years after the first Disney Gay Days in 1991, during which 3,000 gay and lesbian visitors from central Florida attended the Disney World theme park.”
In a statement to NBC News, a Disney Company spokesperson said that “diversity and equality are strong values at Disneyland Paris, and each year we host millions of visitors regardless of their origins, gender, or sexual orientation. We are committed to fostering a welcoming environment for all of our guests where magic is for everyone.”
Over the past few years, the Disney brand has been gradually slipping homosexuality into its various projects. For example, such Disney-produced and/or broadcast films and series as Beauty and the Beast, Doc McStuffins, and Star vs. the Forces of Evil have included “gay” characters. Additionally, Disney’s upcoming animated film Jungle Cruise will reportedly feature an openly homosexual character.

Last year, Disney introduced LGBT-themed “rainbow” Mickey Ears at some of its theme parks, and followed up with the “Mickey Mouse Rainbow Love” Hat in time for “Gay Pride” month in June.
In 2007, reported CBS News, Disney “opened Cinderella’s Castle to same-sex weddings. The Walt Disney Company had originally limited its Fairy Tale Wedding program to couples with valid marriage licenses. Same-sex marriage was not legal in most places at the time, but Disney decided to make ceremonies at its parks available to gay couples.”
Over the years, a number of conservative, pro-family groups have been warning of Disney’s subtle slide from wholesome family entertainment into what many consider moral compromise. While most such groups have been silent on Disney’s latest move, one Christian leader is speaking up. Janet Boynes, a former lesbian who now works to expose the activist homosexual agenda, and to help individuals overcome unwanted same-sex attraction, said that it is important for individuals and families who embrace traditional values to pay attention to the direction Disney appears to be heading. “It’s no secret that homosexual activists are aggressively targeting institutions that once embraced traditional family values,” Boynes told The New American. “That includes places like Disney theme parks, that were originally designed to be welcome places for families to make wonderful memories. Can anyone imagine Walt Disney’s reaction at discovering that what he created as a haven for families now caters to open homosexuality? Sadly, it seems that individuals and families who care about traditional values may soon have to find more wholesome alternatives to Disney’s parks.”
Posted by John at 11:53 AM