PAYPAL TOP DOG ADMITS PARTNERSHIP WITH
HARD-LEFT SMEAR MACHINE "SPLC"
TO BLACKLIST DISSIDENTS FROM LEFTIST AGENDA
BY ROBERT SPENCER
SEE: https://www.jihadwatch.org/2019/02/paypal-top-dog-admits-partnership-with-hard-left-smear-machine-splc-to-blacklist-dissidents-from-leftist-agenda;
republished below in full unedited for informational, educational and research purposes:
The SPLC’s vicious use of its “hate group” list to demonize and destroy legitimate groups that dissent from the Leftist agenda has gotten so bad that even the Washington Post took notice. Nonetheless, the Left’s authoritarian agenda is galloping forward, with steady bannings of dissidents from social media platforms. Soon only the Leftist point of view will be heard, and then an era of peace will dawn all over the West. Won’t it? 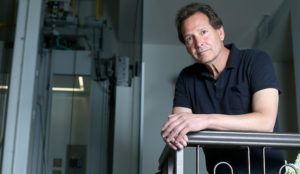 PayPal CEO Dan Schulman admitted during an interview with the Wall Street Journal that PayPal works with the far-left Southern Poverty Law Center (SPLC) when it considers blacklisting conservatives.
After being asked by the Wall Street Journal what “values” PayPal identifies with,” Schulman replied, “Probably the most important value to us is diversity and inclusion.”
“I think North Carolina was probably the moment that was the most visible, where we basically said this violates our core value and we need to make a very public stand on it,” claimed Schulman, referencing the time when PayPal pulled out of an investment in North Carolina because the state passed a bill making it mandatory for people to use the bathroom of their biological sex.
“Businesses need to be a force for good in those values and issues that they believe in. It shouldn’t come from backlash or people taking heat on it, because then it’s in response, as opposed to the definition of who you are and then how you react to the context that you find yourself in,” the PayPal CEO expressed, adding that the Charlottesville rally in 2017 was a “defining moment” for PayPal to start blacklisting conservatives.
Schulman claimed it “was a defining moment for us as a company,” that was “difficult,” because, “the line between free speech and hate, nobody teaches it to you in college. Nobody’s defined it in the law.”
During the interview, Schulman also admitted that the far-left SPLC helps to inform “PayPal’s decisions.”
“There are those both on the right and left that help us. Southern Poverty Law Center has brought things. We don’t always agree. We have our debates with them. We are very respectful with everyone coming in. We will do the examination carefully,” Schulman explained. “We’ll talk when we don’t agree with a finding: We understand why you think that way, but it still goes into the realm of free speech for us.”
The SPLC, which also reportedly works with Amazon, Google, Facebook, and Twitter, was forced to pay a $3.3 million settlements to anti-extremist activist Maajid Nawaz last year, after the organization included him on a list of “anti-Muslim extremists,” despite Nawaz being Muslim himself.
The lawsuit victory prompted at least 60 other organizations to also consider lawsuits against the SPLC, and in June, a Washington Post columnist declared the SPLC “has lost all credibility.”
PayPal has blacklisted WikiLeaks, Infowars, conservative commentator and Vice co-founder Gavin McInnes, political activist Tommy Robinson, investigative journalist Laura Loomer, blogger Roosh V, free speech social network Gab, YouTube alternative BitChute, and a black metal music label.
Robert Spencer’s Jihad Watch, and Pamela Geller’s American Freedom Defense Initiative were also temporarily blacklisted by PayPal, before being reinstated….