WE DON'T OWE HIM ANYTHING
IN THE WAY OF REPARATIONS
AN APOLOGY MUST BE DEMANDED FROM HIM~
IF HE REFUSES, HE MUST BE CENSURED, ASKED TO RESIGN AND/OR BE IMPEACHED 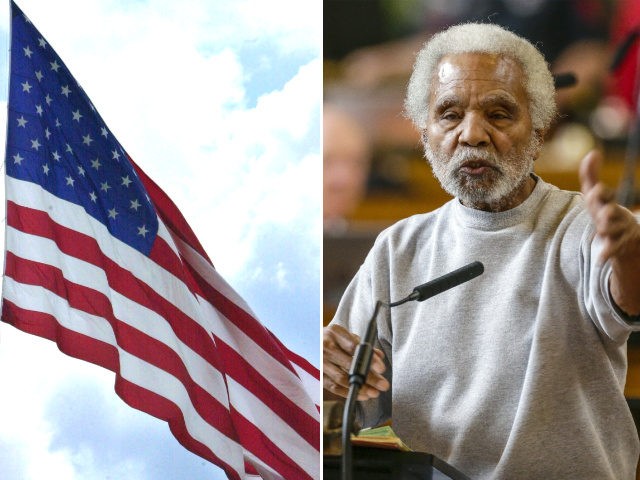 THE AMERICAN FLAG IS NOT A RAG;
THESE ALSO ARE NOT RAGS: 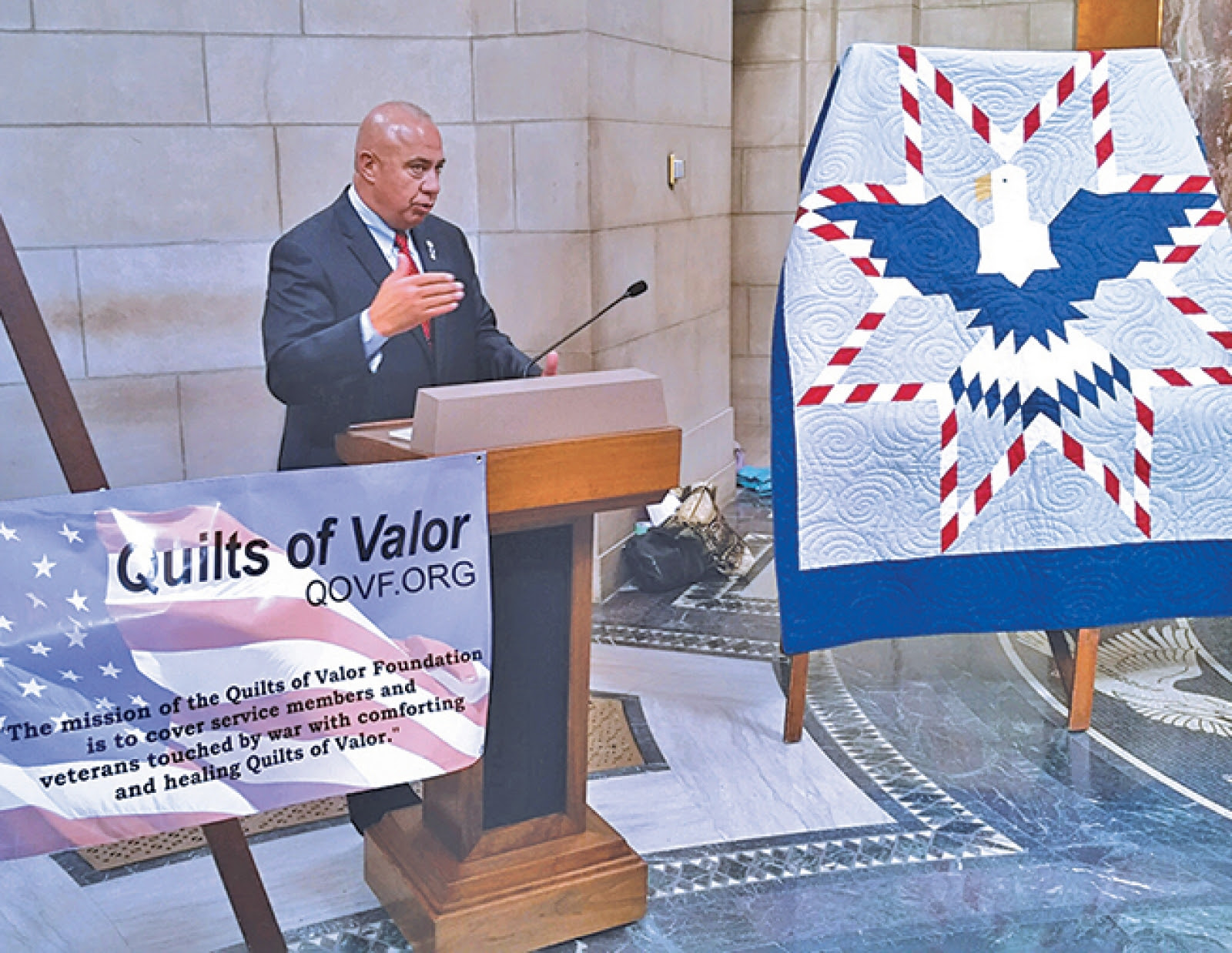 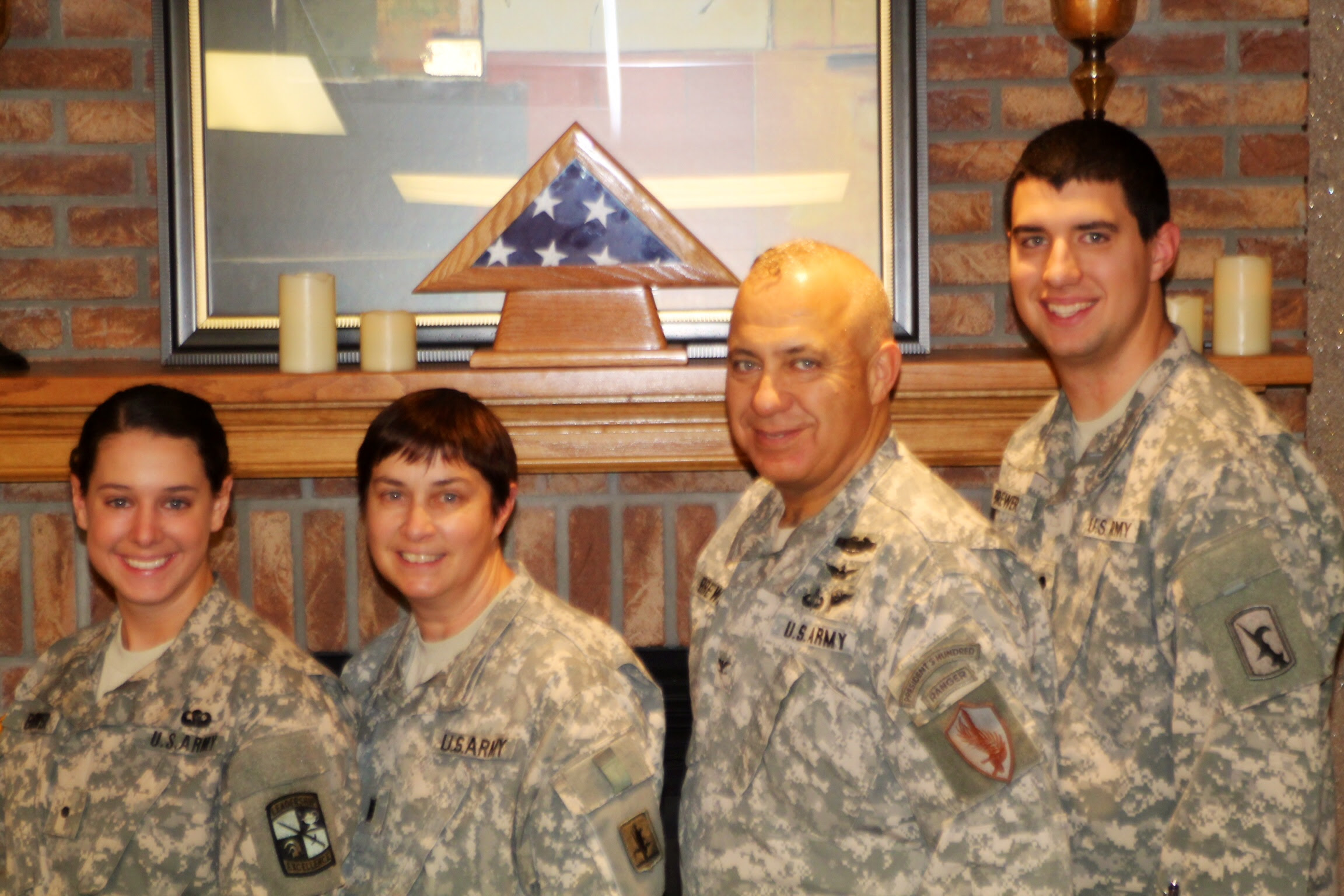 36 YEARS OF MILITARY SERVICE
BLACK NEBRASKA SENATOR CALLS AMERICAN FLAG
"A RAG"; COMPARES IT TO SWASTIKA
BY DAN LYMAN
SEE: https://www.newswars.com/neb-state-senator-calls-us-flag-a-rag/; republished below in full unedited for informational, educational and research purposes:
A Nebraska state senator referred to the American flag as a “rag” that means nothing to him, likening it to a swastika, according to local media.
Sen. Ernie Chambers (I-Neb.) made the incendiary comments during a debate over a bill pertaining to social studies requirements for high school students, which Chambers claims would entail adopting a curriculum that overly focuses on the experience of “white Americans,” KJRH reports.
“Senator Groene wants to talk about the meaning of respect,” Chambers said. “What do white people mean by it and what do black people mean by it? White people mean we’ve gotta bow down to what they tell us as black people to bow down to.”
“I don’t come here for this rag every day, and it’s a rag. That’s all it is to me.
When you show a way to persuade Jews to sanctify and worship the swastika, when you show me that, I’ll come up here and stand, while you all hypocritically pretend that rag is something that it definitely is not.”
It was reportedly not the first time Chambers has called the flag a “rag.”
Chambers’ outburst elicited a passionate response from Sen. Tom Brewer (R-Neb.), who served in the military for over 30 years.
“It rips our heart out to hear someone say that they refer to the flag as a rag, because for those of us that have brought home those that we’ve lost, it’s hard to refer to the flag as a rag because you have to fold it and you have to give it to the parents,” Sen. Brewer said as his voice wavered. “That’s awful hard to do.”