THANK YOU PRESIDENT TRUMP FOR FIGHTING FOR A SAFER AMERICA 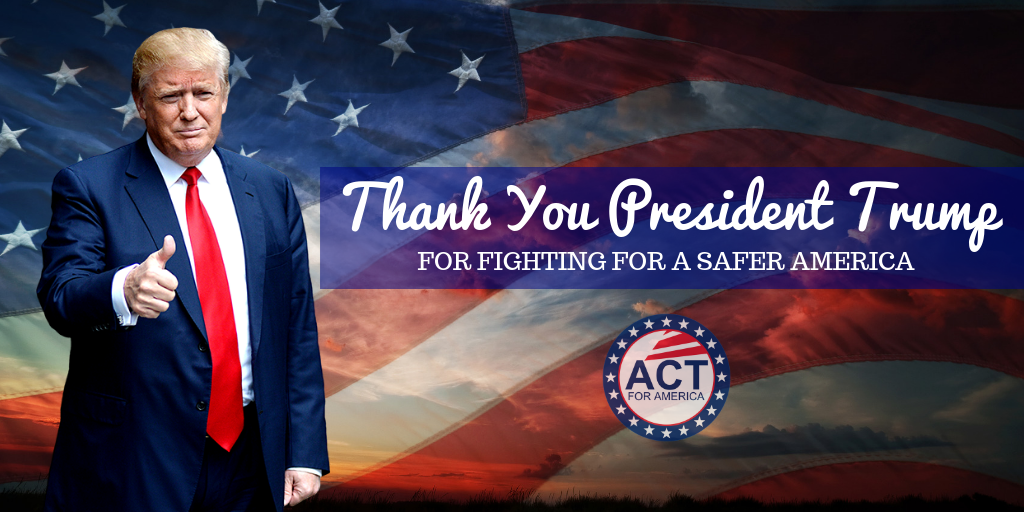 President Trump has experienced incredible success for America’s national security during his first two years in office - even with the radical left relentlessly attacking him and his family.

No President and family have ever experienced the horrific assaults, insults, disrespect, and danger like President Trump and his family. Let's thank our President and show him that the American people stand with him and appreciate his sacrifice.

Please take the time to read the following list of accomplishments and click the button at the end of the email to send a personal heartfelt thank you to President Trump for his commitment and devotion to the American people.

Remember, over 90% of media coverage for President Trump is negative, and he and his family are CONSTANTLY under attack. This is why the White House and President Trump need to know that the American people support him and appreciate all he has done so far for our country.

Please take the time to send an email DIRECTLY to the White House thanking President Trump for keeping America safe.

Thank you for standing with President Trump and supporting his agenda to secure our great nation.