BERLIN, GERMANY: "WE ARE ARABIZED!"~ONLY ONE OF 103 FIRST GRADERS AT BERLIN SCHOOL SPEAKS GERMAN AT HOME

BERLIN, GERMANY: "WE ARE ARABIZED!"~ONLY ONE OF 103 FIRST GRADERS AT BERLIN SCHOOL SPEAKS GERMAN AT HOME
BY ROBERT SPENCER
SEE: https://www.jihadwatch.org/2018/11/we-are-arabized-only-one-of-103-first-graders-at-berlin-school-speaks-german-at-home;
republished below in full unedited for informational, educational and research purposes:

Just imagine what this school will be like in five years, or ten. Germans will before too long become a minority in their own country, and the majority will not be disposed to grant them equality of rights. Danke, Merkel! 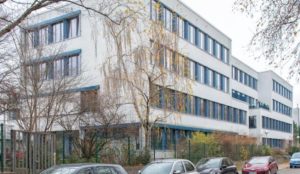 
Headmaster Astrid-Sabine Busse (61) of a Berlin school is sounding the alarm, saying: “We are Arabised!”
Of the 103 first graders that came to her school in Berlin’s Neukölln suburb, only one speaks German at home. It is a result of working class Germans leaving the area, migrant family reunifications and tax measures.
“We are here at the front,” says headmaster Busse: “Because of a third migrant generation who import their brides from their former home country. Another parent who cannot speak German”, she says….