PELOSI SNAPS: "DON'T MESS WITH ME!"~SPEAKER OF THE HOUSE LOSES IT WITH REPORTER, THEN CALLS TRUMP A COWARD, & CLAIMS SHE'S A GOOD CATHOLIC, DOESN'T HATE ANYBODY, PRAYS FOR TRUMP 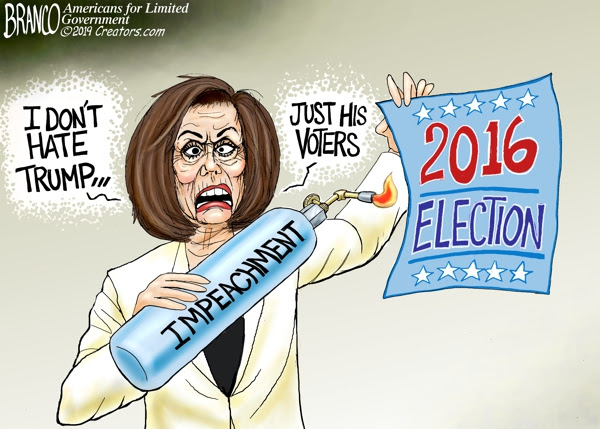 DECLARES THAT TRUMP IMPEACHMENT
WILL PROCEED
PELOSI SNAPS, SAYS SHE'S A CATHOLIC,
BUT SUPPORTS ABORTION
"DON'T MESS WITH ME!"~SPEAKER OF THE HOUSE LOSES IT WITH REPORTER, THEN CALLS TRUMP A COWARD AFTER CLAIMING SHE'S A GOOD CATHOLIC, DOESN'T HATE ANYBODY, PRAYS FOR TRUMP
BY PAUL JOSEPH WATSON
SEE: https://summit.news/2019/12/05/pelosi-snaps-dont-mess-with-me/; republished below in full unedited for informational, educational and research purposes:
Nancy Pelosi snapped at a reporter who suggested she hated the president, angrily telling him, “Don’t mess with me!”
Pelosi was leaving a press conference on Capitol Hill when the confrontation happened.
“I don’t hate anybody…we don’t hate anybody in the world,” said Pelosi.

She then returned to the podium to call Donald Trump a “coward” not helping child victims of gun violence, dreamers and caring about man-made climate change while also accusing him of violating his oath of office.
“As a Catholic I resent your using the word ‘hate’ in a sentence that addresses me – I don’t hate anyone,” said Pelosi.
“I still pray for the president, I pray for the president all the time so don’t mess with me when it comes to words like that,” she snarled.
“Nancy Pelosi just used her Catholicism to defend impeaching President Trump. Apparently, she can’t be bothered to use it to defend preborn children,” remarked Jack Posobiec.