Sam Allberry is a global speaker and apologist for RZIM based at the Zacharias Trust in Oxford. Sam is also an editor for The Gospel Coalition, a Guest Lecturer at the Oxford Centre for Christian Apologetics and a founding editor of LivingOut.org.

VIDEO: Is it possible to be a gay Christian?

GAY ANGLICAN PRIEST AT RAVI ZACHARIAS EVENT: JESUS HAD DYSPHORIA, BODY ISSUES
SEE: https://pulpitandpen.org/2019/02/16/gay-priest-at-ravi-zacharias-event-jesus-had-dysphoria-body-issues/; republished below in full unedited for informational, educational and research purposes:
Ravi Zacharias hosted Sam Alberry yesterday, who spoke at the event to explain “How To Know Your Gender.” The answer was not as simple as, “Do a DNA test.” Alberry, the gay Anglican priest, is an editor and writer for The Gospel Coalition, an organization run by Mark Dever, Albert Mohler, Ligon Duncan, HB Charles – all speakers at John MacArthur’s upcoming Shepherd’s Conference. In the talk, Allberry claimed that Jesus suffered from dysphoria and used Isaiah 53 to claim that – like transgender people – Jesus had “body issues.”
Allberry, who identifies as a gay Christian on some occasions and on other occasions does not (it seems to depend on his audience), is a favorite expert on Church-Sodomite relations and is promoted not only by The Gospel Coalition but also by the ERLC and other leftist-progressive groups. Allberry spoke at the ERLC encouraging Southern Baptists to redefine the nuclear family to include “non-traditional families,” and he has also used his platform at TGC to promote single homosexuals adopting children so they won’t be lonely.
The celibate gay priest has also created an “audit” for churches to determine how warm and welcoming they are to transgender people and homosexuals, which has been advocated by Tim Keller and others.
At the 1.12.00 mark, Allberry encourages Christians to discount “traditional gender stereotypes.” The priest claims it’s unhealthy for men to be associated with masculinity and women to be associated with femininity. These “traditional” stereotypes make transgender people feel out of place, and the church should not try to reinforce traditional manliness or lady-likeness.
At the 1.15.00 mark, Allberry claims that men and women are not as different as many would assert and that many such distinctions are “arbitrary.” If we would just be biblical Alberry argues, we would see less difference between the genders.
At the 1.18.00 mark, Allberry makes the case that the warrior, King David, was effeminate. He claims that the Bible says David was beautiful in a feminine way, and because he wrote poetry, David likely had some gender identity issues.
At the 1.23.00 mark, Allberry claimed that Jesus had “body issues” because Isaiah 53 says that people “turned their face from him,” meaning that he was ugly.
At the 1.23.56 mark, he claimed that “there is no greater dysphoria” than what Jesus felt like on the Cross, being imputed with sin at the atonement and that he was in the wrong body.
That’s how Allberry ended his presentation.
Watch video below:
_____________________________________________________________________

Do the ShepCon Speakers Stand By Their Gay Priest?

SEE: https://pulpitandpen.org/2019/02/16/do-the-shepcon-speakers-stand-by-their-gay-priest/; republished below in full unedited for informational, educational and research purposes:
The 2019 Shepherd’s Conference speakers, all invited by John MacArthur amidst much controversy and protest, are personally responsible for the promotion and propagation of a gay priest who just taught against traditional gender roles and likened the atonement to gender dysphoria, claiming that Jesus had “body issues.”
Sam Allberry is an editor and writer at The Gospel Coalition, which has a Council that includes Albert Mohler, Mark Dever, H.B. Charles, and Ligon Duncan.

All of these men have oversight of TGC and its authors, platforms, and publications. All of these men have helped to promote the gay Anglican priest and propel him to platforms like Ravi Zacharias Ministries, where last night he urged the church to loosen gender roles and made the disparaging remarks about King David and King Jesus.
Asking the question if they affirm the gay priest isn’t a matter of guilt by association, because they are literally promoting him through TGC (neither is asking the question wholly necessary because they clearly affirm him through their organization).
Perhaps a better question is if Dr. MacArthur stands by this gay priest and his attacks on traditional gender roles and his blasphemy regarding the atonement of Christ. And if not, why would MacArthur partner with those who aid and abet the gay lobby, especially among such a resounding protest by ShepCon and Grace to You supporters?
_________________________________________________________________
Homosexuality: Our Third Rail?
THE SOUTHERN BAPTIST APOSTATES, MOHLER, MOORE  DISCUSS THE GAY LIFESTYLE ACCOMMODATIONS WITH ALBERRY, THE "WISE ONE":
INTERVIEW WITH ALLBERRY, NOVEMBER 19, 2018:
Jesus Never Mentioned Homosexuality
(EXCEPT HE SAID MARRIAGE WAS BETWEEN A MAN AND WOMAN EXCLUSIVELY)
SEE ALSO:
https://samallberry.com/
https://ratherexposethem.blogspot.com/2018/11/should-christians-rethink-language-of.html
https://pulpitandpen.org/2018/10/16/gay-priest-speaks-at-southern-baptist-event/
https://pulpitandpen.org/2017/01/11/rzim-speaker-editor-at-the-gospel-coalition-compares-jesus-to-a-transgender/
https://pulpitandpen.org/2018/10/04/agents-of-betrayal-in-the-church/
https://pulpitandpen.org/2018/09/27/gay-christian-event-planned-at-mark-devers-capitol-hill-baptist-church/
https://pulpitandpen.org/2018/08/24/tim-kellers-full-endorsement-of-being-gay-and-christian/
https://www.rzim.org/read/rzim-global/qa-with-sam-allberry-same-sex-attraction-synod-remarks
http://www.livingout.org/who-we-are
https://reformationcharlotte.org/2019/02/18/what-to-do-with-a-gay-priest/
https://www.zachariastrust.org/bios/sam-allberry
https://ratherexposethem.blogspot.com/2014/02/ravi-zacharias-speaks-again-at-mormon.html
http://www.christianitytoday.com/news/2017/august/complementarians-new-gender-identity-lgbt-cbmw-nashville.html 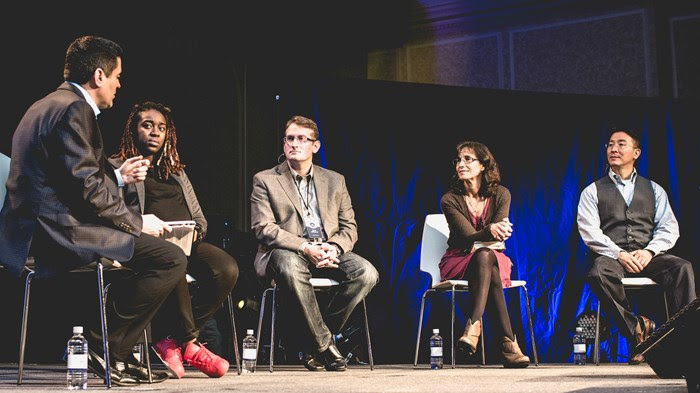 Advice from a Bleeding Heart Liberal, infecting the body of Christ
with her propaganda: