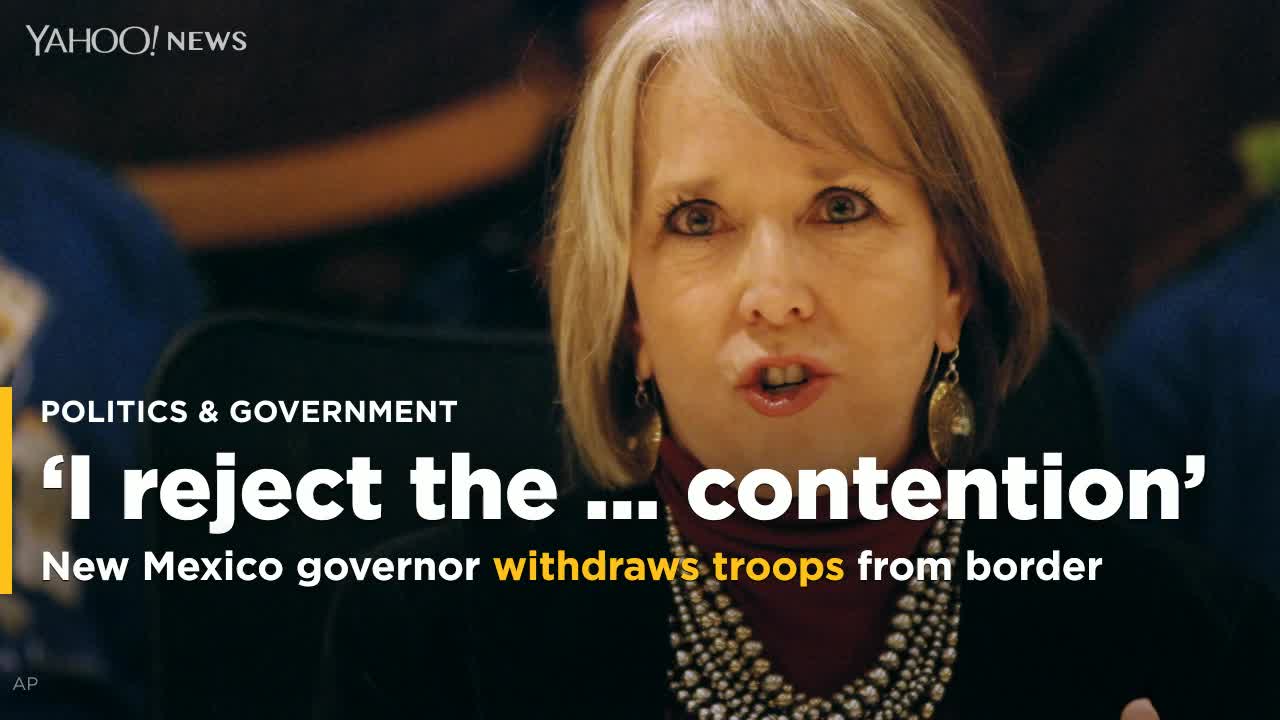 NEW MEXICO GOVERNOR FACES PUBLIC IMPEACHMENT CALLS AFTER PULLING TROOPS FROM U.S. BORDER
New Mexico's newly sworn-in governor stirs controversy after pulling the state's National Guard from the southern border. One America's Meghann Dyke takes a look at the reactions to her decision across the state.
Michelle Lujan Grisham, Governor defies
Trump's "fear mongering"
"We will not 'militarize' the border"