PLANNED PARENTHOOD SLAMS PRESIDENT TRUMP
FOR CUTTING ITS TAX FUNDING:
"HE HATES WOMEN & MINORITIES"
BY MICAIAH BILGER
SEE: https://www.lifenews.com/2019/02/22/planned-parenthood-slams-president-trump-for-cutting-its-tax-funding-he-hates-women-and-minorities/; republished below in full unedited for informational, educational and research purposes:
The abortion giant Planned Parenthood quickly slammed President Donald Trump on Friday for cutting its taxpayer funding through the Title X program.
Planned Parenthood, which does more than 330,000 abortions a year and calls abortion its “core mission,” would lose about $60 million under the new Trump administration rule. That is in addition to the $100 million that Trump cut from its international arm in 2017.
The new rule prohibits Title X recipients from providing or promoting abortions.
Calling it a “gag rule,” Planned Parenthood claimed it will hurt low income and minority patients, as well as its budget.
“The gag rule will effectively dismantle the Title X program — a program meant to ensure that people with low incomes can access birth control & other essential reproductive health care,” its political arm, Planned Parenthood Action, wrote Friday on Twitter.
Planned Parenthood sees about 1.5 million a year through Title X, and its services through the program, including cancer screenings, birth control, etc., have been dropping steadily for years, according to its own annual reports. Meanwhile, its abortion numbers have been growing – a clear indication of its true focus.
Yet, Planned Parenthood claimed the rule change will hurt women seeking basic health care.
“The majority of patients who get care through the Title X program identify as people of color, Hispanic, or Latino,” it argued. “Thanks to the gag rule, the already massive divide between who does and who doesn’t have health care will get worse.”

Replying to @PPact
The administration has put health care providers in the Title X program in an impossible position: withhold information from its patients or get pushed out of the program.

Thousands of people will be left with nowhere to turn for health care. #NoGagRule 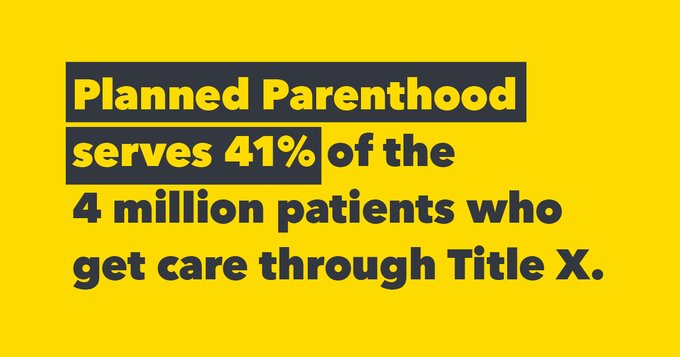 Planned Parenthood Action
✔@PPact
The majority of patients who get care through the Title X program identify as people of color, Hispanic, or Latino. Thanks to the gag rule, the already massive divide between who does and who doesn’t have health care will get worse. #NoGagRule #DontGagMyCare pic.twitter.com/BzDPLw8sBy 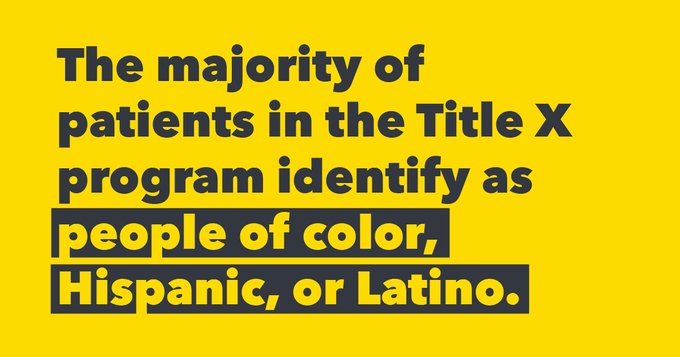 572 people are talking about this

But community health centers vastly outnumber Planned Parenthoods and provide far more comprehensive medical services to low-income and minority women across the country. And they still have access to those funds.
REACH PRO-LIFE PEOPLE WORLDWIDE! Advertise with LifeNews to reach hundreds of thousands of pro-life readers every week. Contact us today.
It is Planned Parenthood that is choosing not to comply by making abortion its “core mission,” rather than real health care. The abortion chain could continue to receive Title X funds if it stops aborting unborn babies or if it completely separates its abortion business from the real health care services it provides. But Planned Parenthood made it clear Friday that it will not.
First, Planned Parenthood blasted the new requirement about separating its abortion business as “costly and unnecessary.” Then its president, Leana Wen, doubled down on her claims that killing an unborn baby is health care, and Planned Parenthood will never stop doing it.
“This ‘gag rule’ will prohibit providers from referring women for legal, evidence-based reproductive health choices,” Wen said, though the rule only prohibits abortions.
“Abortion care is standard medical health care. 1 in 4 American women will have an abortion in their lifetimes. It is part of the full spectrum of reproductive health care, which is health care,” she continued.

Replying to @DrLeanaWen
Abortion care is standard medical health care. 1 in 4 American women will have an abortion in their lifetimes. It is part of the full spectrum of reproductive health care, which is health care.

890 people are talking about this