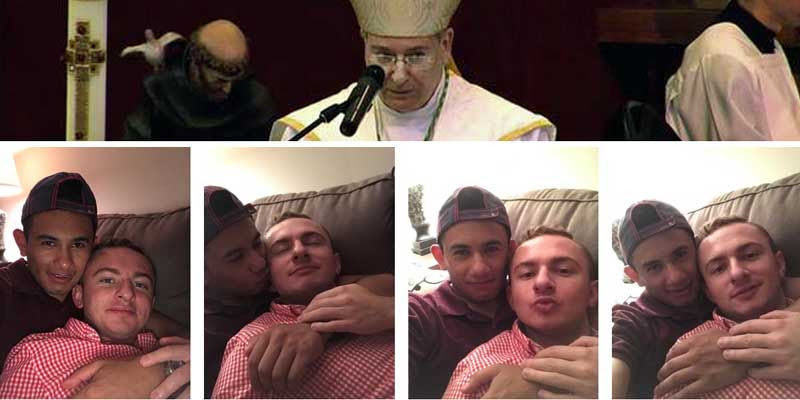 CATHOLIC DIOCESE THREATENS TO SUE OVER PHOTO RELEASE OF GAY PRIESTS SNUGGLING & KISSING
SEE: https://pulpitandpen.org/2019/02/20/catholic-diocese-threatens-to-sue-over-photo-release-of-gay-priests-snuggling-kissing/; republished below in full unedited for informational, educational and research purposes:
A Romanist discernment site publicized photographs of two Catholic priests engaged in amorous embrace, nuzzling and kissing. In response to releasing the photographs of the (clearly gay) priests, the overseeing bishop threatened to sue the website for their reporting and issued a cease-and-desist letter. The website, Church Militant, is standing by their reporting.
The priests locked in romantic embrace, Father Dulibber G. Gonzalez and Fr. Marcin Bradtke have known each other since before their ordinations, with Gonzalez ordination in May of 2018, and Fr. Bradtke’s ordination in May of 2016. The two serve together in the diocese of Paterson, New Jersey.