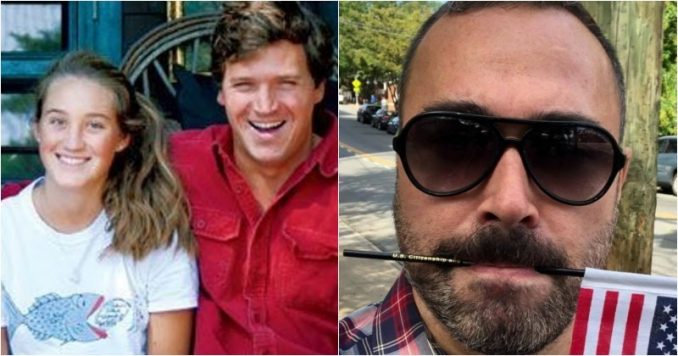 TUCKER CARLSON CLAIMS MAN SUING HIM FOR ASSAULT CALLED HIS DAUGHTER "WHORE", "C--T"
Fox News host says he and his son confronted man, threw wine in his face
BY ADAN SALAZAR
SEE: https://www.infowars.com/tucker-carlson-claims-man-suing-him-for-assault-called-his-daughter-whore-ct/;
Fox News host Tucker Carlson says he did not assault a man suing him, but claims he nearly did after the man called his 19-year-old daughter a “whore” and a “cunt.”
In a statement posted to Twitter Sunday, Carlson revealed details of the October 13 encounter with gay Latino Juan Granados at the Farmington Country Club in Charlottesville, Virginia.
Carlson says he was having dinner with his two children when his daughter, on the way back to the table from the bathroom, was approached by Granados and asked how she knew Carlson.
“My daughter had never seen the man before. She answered: ‘That’s my dad,’ and pointed to me,” reads Carlson’s statement. “The man responded, ‘Are you Tucker’s whore?’ He then called her a ‘fucking cunt.’”
Carlson next describes he and his son confronted Granados over the remarks.
“My son asked the man if he’d called his sister a ‘whore’ and a ‘cunt.’ The man admitted he had, and again [became] profane. My son threw a glass of red wine in the man’s face and told him to leave the bar, which he soon did.”
While Carlson denies assaulting the man, he admits he felt like beating Granados with a chair.
“I think any father can understand the overwhelming rage and shock that I felt seeing my teenage daughter attacked by a stranger. But I restrained myself,” Carlson notes. “I did not assault this man, and neither did my son. That is a lie. Nor did I know the man was gay or Latino, not that it would have mattered.”
He added, “What happened on October 13 has nothing to do with identity politics. It was a grotesque violation of decency. I’ve never seen anything like it in my life.”
On Saturday, Granados’ lawyer, Michael Avenatti, released grainy cell phone footage of the alleged incident asking for additional witnesses and seeking help with identifying people in the video.
Carlson’s home was targeted by the Smash Racism D.C. Antifa group last week, some of whom chanted, “Tucker Carlson, we will fight!” and “We know where you sleep at night!”
Facebook: https://www.facebook.com/adan.salazar.735
____________________________________________________________ 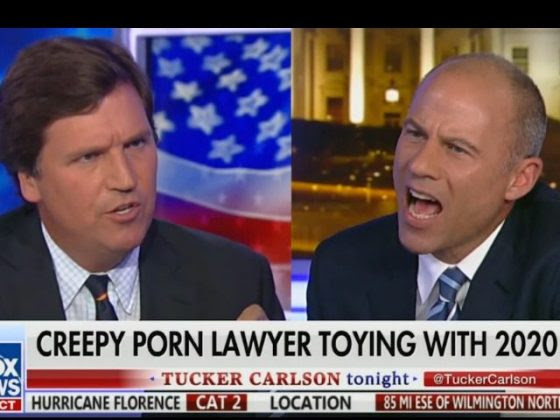