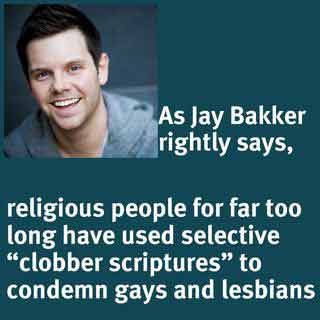 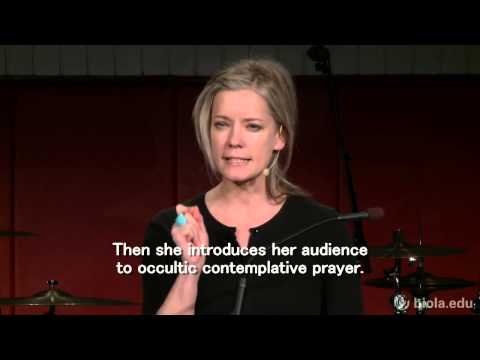 SEE: http://www.solasisters.com/2014/04/centering-prayer-taught-by-mystic.html; republished below in full unedited for informational, educational, and research purposes:
Posted by Christine PackWriter Jim Fletcher is reporting from the Catalyst Dallas conference that a Centering Prayer exercise was recently led by mystic and contemplative spiritualist Phileena Heuertz at Catalyst conference, which is a Christian conference that moves from city to city. The current Catalyst is being held April 30-May 2, 2014 in Dallas, TX.  Heuertz, who is the author of Pilgrimage of the Soul, was listed as a "lab speaker," which means that her session was probably a breakout session in which not all of the conference attendees were participants. Some of the other Catalyst Dallas speakers includeTullian Tchividjian, Dave Ramsey, Louie Giglio, Mark Batterson, Jen Hatmaker, Craig Groeschel, and Francis Chan.(HT: Jules LaPierre, Jim Fletcher) 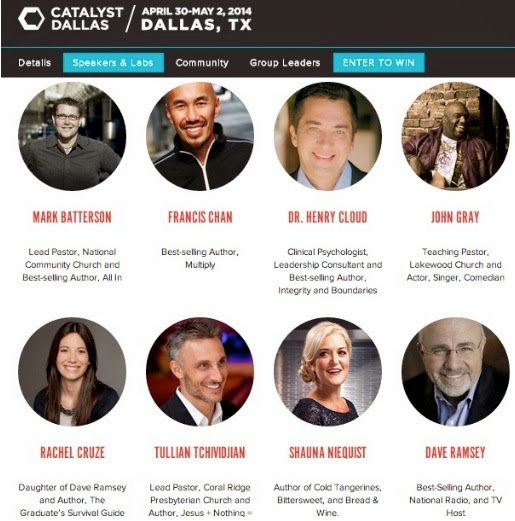 Some background information on Phileena Heuertz: Heuertz and her husband teach contemplative mysticism at their websitegravity, as well as other mystical/pagan practices:

On her Centering Prayer page, Heuertz talks about having been taught Centering Prayer by Roman Catholic mystic monk Thomas Keating himself, with whom the practice of mystical centering prayer originated. (Learn more about Thomas Keating here on a show by Chris Rosebrough of Fighting For The Faith.) According to Heuertz's bio on the Sojourners website, Heuertz is "a member of the New Friar movement," teaches and writes on contemplative spirituality and facilitates contemplative retreats.

These things all have one thing in common. They’re all slightly less gay than Jonathan Merritt, the grown son of megachurch pastor, James Merritt and a journalist who has become a favorite of the Evangelical Intelligentsia. Merritt was outed as having “been with” a dude back in 2012 before he slinked back into the closet with some help from Ed Stetzer and others who frantically scurried to cover up his trail of gayness.
Today, Merritt still officially holds to the position that homosexuality is – at least on some level – God’s “imperfect design” while promoting and supporting the Revoice-style leftists who promote “gay Christianity.” Regardless of whatever concession Merritt has had to make on sodomy to remain profitable (and employed) in Christian journalism, it’s fair to say that Jonathan Merritt is no more straight than a two-dollar bill. This hasn’t prevented America’s Evangelical Intelligentsia, and especially the newly woke “Reformed” Social Justice Warriors, from treating him like a gay bestie in high school.
Demonstrating that the evangelical establishment’s promotion of Jonathan Merritt couldn’t be unwisely misappropriated any further, yesterday Merritt promoted the New Age and mystic practice of contemplative prayer (left).
Phileena Heuertz is a yoga instructor and mystic whose main career is as a “retreat guide” (picture teaching upper-class housewives over a weekend on how to get in touch with their feelings and presume their inner-voice belongs to God while assuming the Lotus Position). She has also spoken at leftist and progressive events like Sojourner’s Summit and Q Ideas. In other words, she’s exactly the type of person you would assume a gay man would be good friends with.
Endorsing Heuertz’ books include a bevy of lady pastors and Episcopal priests. Her general schtick is the combining of Eastern Mysticism with a general Christian-flavored theism. That you could find Merritt somewhere in yoga pants doing the Downward Dog is not implausible. Combining such poppycock with evangelical Christianity, however, is distasteful.
In the last 24 hours, Merritt has taken to Twitter to attack Judge Kavanaugh, promote gun control, and push Social Justice. And yet, Merritt remains the single greatest ally in the press of the ‘woke’ faux-Reformed intelligentsia who have taken over the Presbyterian Church of America and the Southern Baptist Convention