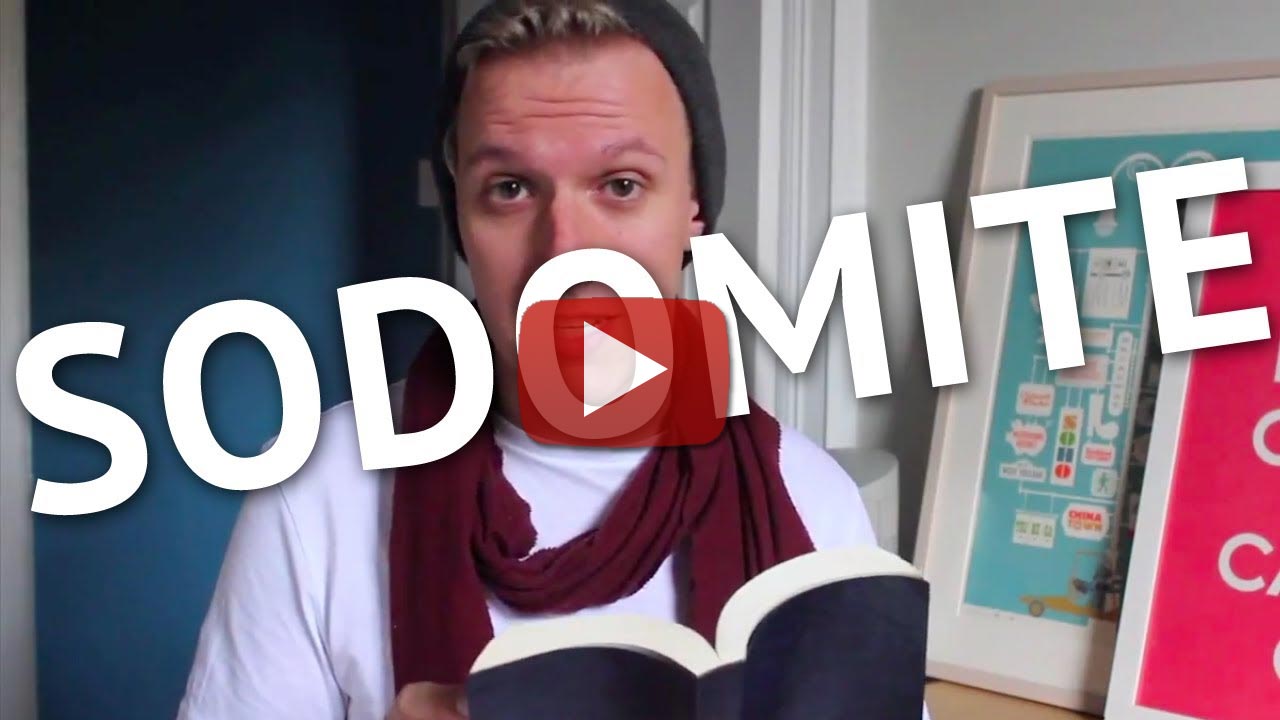 "GAY CHRISTIAN" SAYS JESUS IS PROMISCUOUS
& POLYAMOROUS
SEE: https://pulpitandpen.org/2018/11/15/video-gay-christian-says-jesus-is-promiscuous-and-polyamorous/;
Warning: The following article contains a description of extreme blasphemy. It also has offensive language. We only write about this with fear and trembling, so as to lift it to scorn and contend against it.
In a video entitled, “Jesus is Polyamorous,” amateur theologian, Brian G. Murphy – a co-founder of “Queer Theology” who identifies as polyamorous, gay and Christian – claims that Jesus was polyamorous.

Let me start my take-down of this rainbow-dyed dung of blasphemy.
First, Murphy conflates “having a personal relationship” with polyamory. If his definition of polyamory -which consists apparently of anyone with multiple personal relationships – were true, everyone on the planet would be polyamorous because we all have relationships with multiple people. This means I’m in a three-way love triangle with my wife and post-woman. Worse yet, this means that parents are in a polyamorous relationship with their children. This is what one will, by necessity, deduce when conflating romantic or erotic relationships with any and all types of relationships. And it’s gross. It’s almost as gross as this boy-band-looking fellow with the homosexual lisp trying to do theology via Facebook.
No, wait. It’s even grosser.


Jesus’s polyamory…is Biblical, even. In Ephesians 5, Paul specifically uses the word ‘marriage’ to refer to Jesus’ relationship with us. Repeatedly, Paul reminds us that Jesus gave himself for us. Us. The church, which Paul describes as the whole body of believers. In this marriage, Jesus isn’t married to one person. He’s married to the entire body of believers. Jesus is in a pan-sexual, polyamorous relationship with us.

Second, Jesus has one Bride. As Murphy correctly points out (but glosses over), Jesus’ relationship with the whole church is likened to a marriage. The church is one body. The church isn’t a bunch of bodies. Jesus isn’t a polygamist and he’s not a bigamist. The Bible doesn’t speak of Jesus having multiple brides.
Third, while this Olympian-level jump in logic leads Murphy to argue that Jesus is in a “pan-sexual” relationship, we might stop to ask where on Earth does the “sexual” part come from in Scripture? Jesus loves you. But Jesus does not love you like that.
This is the heresy of theoerosism, which essentially amounts to romantic vibes for Jesus. That’s not the type of love with which he loves us. He’s not your boyfriend. His love is not reckless or romantic. In fact, Jesus doesn’t love us “amorously” and so to argue Jesus is polyamorous, is logic that does not follow.
That’s gay. Jesus isn’t gay.
Then the polyamorous, gay fellow argues an “ergo” that because Jesus is polyamorous, it’s okay for you to be polyamorous.


And so, of course, Christians can be in a polyamorous relationship; that’s a Biblical model of relationship…are relationship with God can be a model for our romantic and sexual relationships as well…

Do you remember how those perverts in Sodom wanted to rape the angels that came to visit Lot? That’s this guy. Had he been in Sodom, he would have been beating on the door to rape the sons of God. This guy basically wants to engage in a “gay sexual” relationship with God Almighty.
I submit to you that hell was not made for demons any more than for Brian G. Murphy.
You can watch the video below [adults with strong stomachs only, please].
VIDEO:
https://www.facebook.com/qtheology/videos/2234834956762783/