YouTube is still hosting content by race hate supremacists David Duke and Louis Farrakhan months after it permanently banned Alex Jones.
As part of the coordinated Big Tech purge targeting Infowars, Jones’ YouTube channel, which had over 2 million subscribers at the time, was completely removed by Google-owned YouTube back in August.
Even videos uploaded by other users which briefly feature Jones are still being removed, with the radio host having been completely de-personned by the corporate giant.
However, the video platform is still hosting content from proven race hate hustlers Duke and Farrakhan.
David Duke is an open white supremacist, an anti-Semite, a Holocaust denier and a former Grand Wizard of the Ku Klux Klan. Duke was credited with having “paved the way” for the alt-right movement. He also attended the far-right ‘Unite the Right’ rally in Charlottesville at which an alt-right terrorist rammed his car into a group of protesters, killing one.

Farrakhan is leader of the notorious Nation of Islam, which is listed as a hate group by the Southern Poverty Law Center.
Farrakhan has made numerous racist, anti-Semitic and homophobic statements, including his belief that white people are a “race of devils” created by an evil scientist.
He has also compared Jews to “termites” and stated, “Satanic Jews have infected the whole world with poison and deceit,” while expressing support for terrorist group Hezbollah.
The Nation of Islam leader also previously called on God to “wipe this country (America) from the face of the earth.”
This kind of rhetoric is freely available on YouTube, where Farrakhan’s speeches are uploaded on an almost weekly basis.

Duke’s YouTube activity has dwindled over the last couple of years, but he still has 85,000 subscribers and scores of video uploads with titles like CNN Goldman Sachs & the Zio Matrix and The Dynamics of the Jewish Elite.
We are not calling for Duke or Farrakhan to be removed from YouTube because we believe that even highly offensive and controversial speech should be protected.
However, the double standard illustrates how Big Tech only targets those with an effective and unifying message.
The left has no problem with actual extremists, since their openly divisive message can be exploited for political grist. Both Duke and Farrakhan are extremely divisive and therefore are left alone.
Meanwhile, someone like Jones, who is actually trying to promote a unifying, all inclusive message around the ideals of western culture and freedom, has been permanently deleted.
In a related issue, changes to YouTube’s search algorithm (the second largest in the world) have helped corporate media dominate independent creators.
Even when searching directly for a particular video with the exact title, a search on anything related to news brings up a wall of CNN, CBS and NBC.
YouTube literally broke their own search engine just so they could help the corporate media supplant its competition.

When you directly search for a video, you don't get the right result, you get a wall of generic CNN, NBC & CBS. 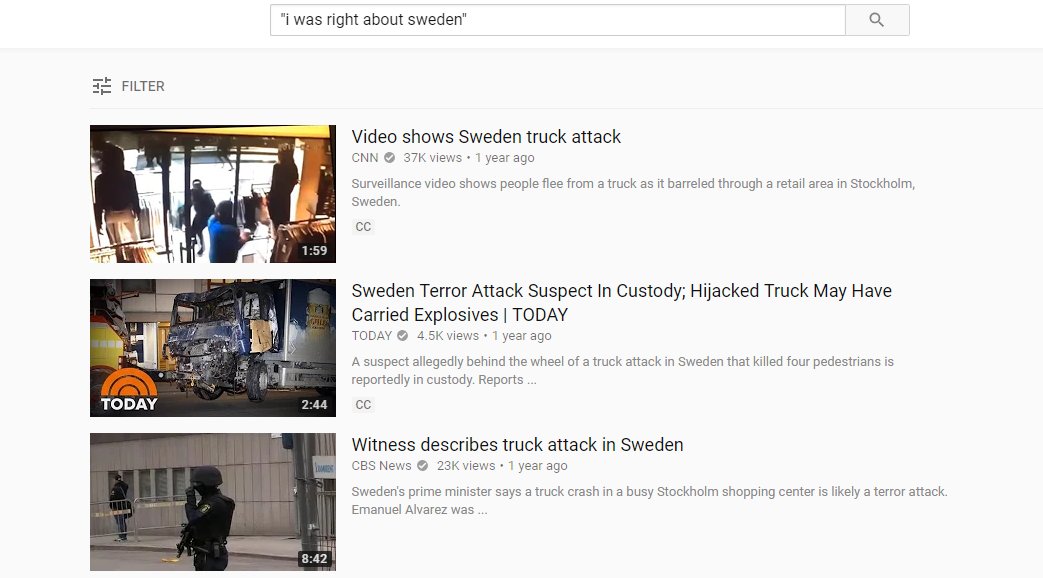