TERROR BY SHIPPING CONTAINER: CLARE LOPEZ-WHAT IS "GULFTAINER" & WHY SHOULD WE CARE? 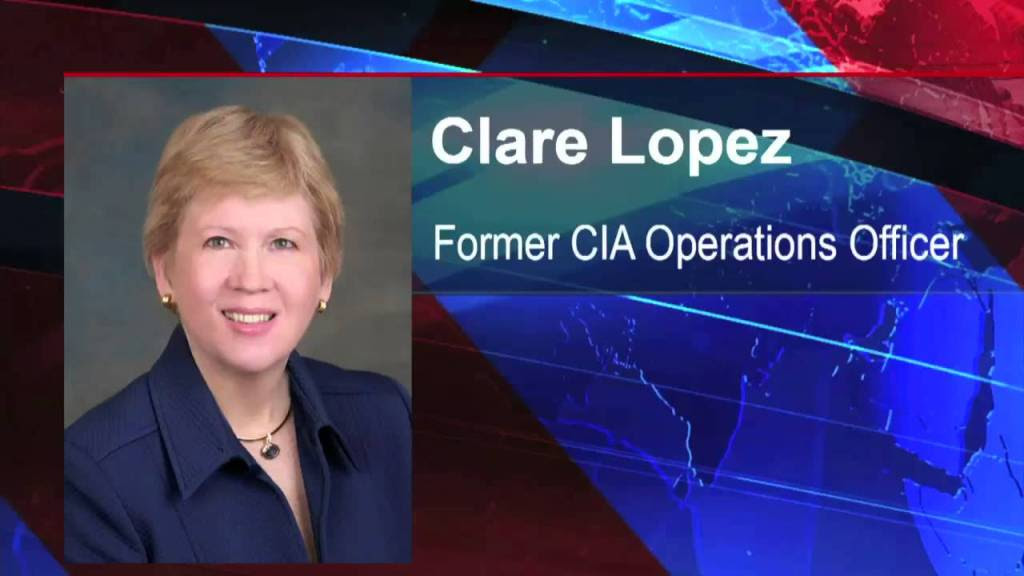 CLARE LOPEZ: WHAT IS "GULFTAINER" &
WHY SHOULD WE CARE?

Clare Lopez: What Is Gulftainer and Why Should We Care? from Thomas Hanson on Vimeo. TERROR BY SHIPPING CONTAINER
BY J.M. PHELPS
SEE: https://www.centerforsecuritypolicy.org/2018/04/12/terror-by-shipping-container/; republished below in full unedited for informational, educational and research purposes:


Originally posted at American Thinker
Earlier this year, Clare Lopez, vice president for research and analysis at the Center for Security Policy, reported that Gulftainer seeks to acquire cargo container terminal leases for dozens of other ports in the United States.  Her alarming statement is holding true.
In a unanimous vote, the board of directors of Diamond State Port Corporation moved forward with preparations for a 50-year lease of the Port of Wilmington (Delaware) to GT USA Wilmington, a subsidiary of Gulftainer, on April 6, 2018.  Gulftainer has already acquired a 35-year lease in Port Canaveral, Florida, as reported by investigative journalists Mary Fanning and Alan Jones.
In their first occasional paper, Gulftainer’s co-ownership between the Emir of Sharjah, United Arab Emirates (UAE), and the brother of Jafar Dhia Jafar, Saddam Hussein’s top nuclear scientist, is revealed.  In their second report, they expose a joint venture between Gulftainer and a Russian company that produces a cruise missile launch system called the Club-K – which appears identical to a standard 40-foot shipping container on the exterior.  This is immensely disturbing, as “we are only able to scan less than one percent of the incoming containers,” according to Van Hipp in The New Terrorism and How to Defeat It.
Inside any one of the 3,000 containers a ship could transport into our country, is there potential for a Trojan horse operation?  The answer is yes.  There’s always a chance one could find four or more cruise missiles armed with biological, chemical, electromagnetic pulse (EMP), nuclear, or conventional payloads.  Lopez asserts that “you would never know the difference between the Russian Club-K container cruise missile launch system and an ordinary standard ocean container.  They look exactly alike.”
With a new lease on the way in a Delaware port, Gulftainer is said to have gone through a vetting process performed by multiple federal Cabinet departments and federal agencies.  The corporation’s CEO, Peter Richards, claims that the deal is not a threat to national security, nor does it have any ties to Russia.
Similarly, the trepidation of Gulftainer’s ties to the United Arab Emirates were addressed by Richards.  He said, “I object to people lying about us.  I can’t believe people can be so simple-minded to believe the trash out there.”
Dr. Joseph King, a former U.S. Customs special agent and supervisor for 33 years, believes otherwise.  “To imply that it’s not a national security threat is not the least bit believable,” says King.  “If you’ve been to the ports, the operators are the ones who control everything.  It’s a myth to believe the government is there to enforce or control anything.  It’s ridiculous.”
He goes on to say “It’s a fallacy to think Customs and the Coast Guard are shoulder to shoulder at the front line, stopping and checking everything coming into the country.  It’s easily detectable.  Look at the amount of illegal aliens that come into the country.  Look at the amount of heroin and cocaine that comes into this country.”  He notes how the U.S. has spent billions of dollars trying to fight illegal immigration and drug-trafficking, yet we still haven’t been able to come even remotely close to preventing either problem.
If we can’t keep illegal immigrants and shipments of drugs from entering our country at rampant rates, are the American people supposed to believe we are capable of keeping out a 40-foot container housing hidden cruise missiles that can be deployed domestically or simply be held somewhere until one of our enemies decides to use it?
It makes sense that the person who does the hiring is the one who controls the port.  One of his responsibilities is hiring the I.T. people, for example.  This includes those who actually set up the I.T. system.  King says a certain number of foreign workers can be “brought in on H-1 visas – and be put in control.”  It raises the question: can we always trust this process?
King continues, “The fact of the matter is that you can bring in anything you want.  It can be controlled however you want if you’re the operator.  You can take a seal off the 40-foot container and replace it with another seal.  You can take a document number and change it around.  You can change a container from foreign to domestic.  Customs wouldn’t even take a second look at it.  This could include anything you want, whether it’s drugs, guns, people, or nuclear bombs.  The supply chain is ultimately controlled by the operator of the port, not by a U.S. government official or an American corporation.”
Apart from the Trojan horse possibilities that could wreak havoc in our country, the other end of the spectrum deals with intelligence-gathering.  Both the port in Florida and the port in Delaware are ideal places for intelligence-gathering, human and electronic, according to King.  “Regardless of whether it’s being used to bring in humans or nuclear weapons,” King concludes, “both are great places to be used as bases for intelligence operations.”
Before it’s too late, it’s time for our congressmen and our federal Cabinet departments and agencies to seriously consider and address all the possibilities.  The facts are beyond dispute.  There is an association among Gulftainer, Russia, and the potential for nuclear weapons entering the country unbeknownst to the American people.  Undoubtedly, there are many around the world who would love to bring America to her knees by taking advantage of the smallest crack in the system, so let’s sure up our ports and not give them an avenue to do so.
J.M. Phelps is a Christian activist and journalist based in the Southeastern U.S.  He is also editor and publisher of the website Lantern of Liberty.
____________________________________________________________
SEE OUR PREVIOUS POSTS:
http://ratherexposethem.blogspot.com/2018/07/the-selling-of-americas-container-ports.html