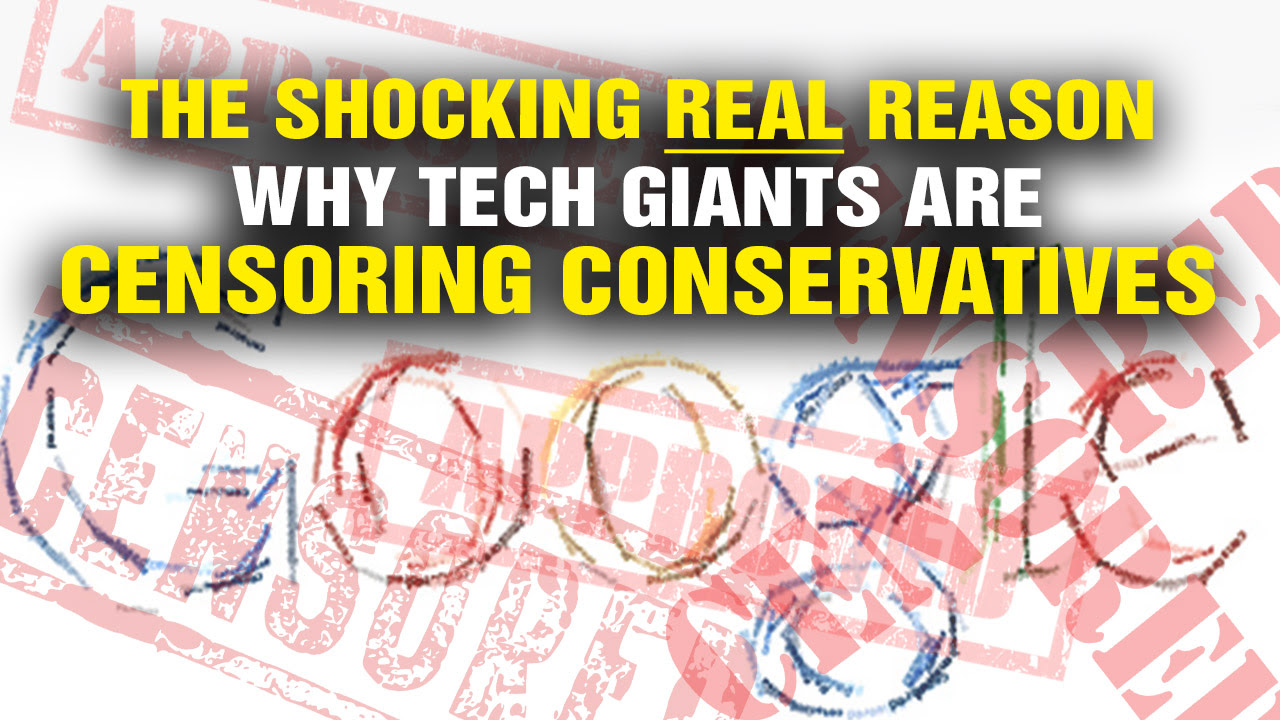 SEE: https://www.infowars.com/patriots-rally-behind-infowars-amid-techs-total-communist-censorship/
Pro-First Amendment patriots are rallying behind Infowars and Alex Jones after authoritarian tech titans Facebook, YouTube, and Apple banned us from their platforms on the same day in a coordinated communist-style crackdown.
________________________________________


SEE: https://www.infowars.com/purged-facebook-permanently-bans-infowars-for-hate-speech/; republished below in full unedited for informational, educational and research purposes:

Facebook has permanently banned Infowars for using language that is derogatory towards Muslims, transgender people and immigrants in a shocking intensification of Big Tech’s censorship purge.
Facebook announced in a blog post that the four main Infowars pages were “unpublished for repeated violations of Community Standards and accumulating too many strikes.”
“More content from the same Pages has been reported to us — upon review, we have taken it down for glorifying violence, which violates our graphic violence policy, and using dehumanizing language to describe people who are transgender, Muslims and immigrants, which violates our hate speech policies,” states the post.

For unspecified "hate speech". They didn't even tell us what the offending posts were.

This sets a chilling precedent for free speech.

To all other conservative news outlets - you are next.


Facebook did not specifically state which posts or videos violated their policies or in what way.
The termination of the pages follows an intensive lobbying campaign by the likes of CNN and BuzzFeed to pressure Facebook into banning Infowars.

A reminder that Facebook banned Infowars after lobbying by both CNN and Democratic Congressman Ted Deutch (D-FL).

This isn't "just a private company," this is political censorship.https://www.infowars.com/dem-congressman-pressures-facebook-to-ban-infowars-during-live-hearing/ …


Last month, Democratic Congressman Ted Deutch (D-FL) also pressured Facebook to ban Infowars during a hearing into social media censorship on Capitol Hill.
Wikileaks responded to the news with a warning that the ban represents a “global anti-trust problem.”
“Infowars says it has been banned by Facebook for unspecified ‘hate speech’. Regardless of the facts in this case, the ability of Facebook to censor rival publishers is a global anti-trust problem, which along with San Francisco cultural imperialism, reduces political diversity,” said the whistleblower organization in a tweet.

Infowars says it has been banned by Facebook for unspecified 'hate speech'. Regardless of the facts in this case, the ability of Facebook to censor rivial publishers is a global anti-trust problem, which along with San Francisco cultural imperialism, reduces political diversity.

For unspecified "hate speech". They didn't even tell us what the offending posts were.

This sets a chilling precedent for free speech.

To all other conservative news outlets - you are next.


In a related story, Apple also announced that it had removed the five main Infowars podcasts from its directory.
What we are witnessing is an ideological purge intended to re-define the very concept of free speech.
IMPORTANT click here to watch Infowars live. Also use this link to download the censored podcast: http://xml.nfowars.net/Alex.rss
If free speech does not include controversial/unpopular/offensive speech, it doesn’t exist.
A society in which free speech doesn’t exist is doomed to collapse into authoritarianism.
The argument that Facebook and other social media giants are “private companies” and can do what they like is also a complete misnomer.
Big Tech have formed a monopoly by swallowing up content and they are now working hand in hand with the establishment media and leftist politicians to silence independent voices.
Whether you love or loathe Infowars, this now confirms that Big Tech is working with legacy media and lawmakers to silence independent media.
In places like Russia, the government shuts down the press, in America, CNN, Apple and Facebook fulfil that role.
Please continue to pressure lawmakers into enacting real solutions to secure digital rights and free speech online by circulating our master guide to online censorship and signing our petition to uphold free speech.

Now that Facebook has banned Infowars, it will be very interesting to see which conservative news outlets and commentators speak out and which ones remain complicit in silence.

Whatever you think of Infowars, they're coming for you next.

BY PAUL JOSEPH WATSON
SEE: https://www.infowars.com/the-real-reason-apple-facebook-spotify-youtube-banned-infowars/; republished below in full unedited for informational, educational and research purposes:
Statement from Alex Jones: The EU is already fining Google and others if they don’t start censoring speech by calling it “hate speech” and/or “fake news.”


When our government doesn’t start fining them for violations of free speech, racketeering and trust/monopolistic behavior, that encourages other governments like China and the EU have influence over the free market of ideas.


But this situation also highlights the trust set up by mutli-national combines based in China and in Europe that’s stealing all of our rights and freedoms through a concerted effort.


Over two-and-a-half years ago, Matt Drudge came to our studio and warned of this attack on the First Amendment. That’s why they want alternative and independent media shut down.


They would’ve done all of this last year had Hillary gotten into the White House. Yet, due to Trump instead getting elected, this plan has been held off for about a year-and-a-half.


Now, it seems, they don’t fear Trump for whatever reason, and now they’re making their move.
But I don’t think President Trump has been compromised, but he’s compromising himself one way or another if his administration doesn’t make this the central issue.


Free speech is the central issue; this is the heart of the matter. This is the core. This is it.
Apple, Spotify, Facebook and YouTube all banned Infowars within 12 hours of each other, illustrating how last night’s purge was a coordinated effort and has nothing to do with these platforms enforcing “hate speech” rules.
Here are the real reasons Infowars is being purged by Big Tech:
– Infowars is widely credited with having played a key role in electing Donald Trump. By banning Infowars, big tech is engaging in election meddling just three months before crucial mid-terms.
– With the Infowars ban, Apple, Facebook, Spotify & YouTube (Google) have all now ascribed themselves the power to remove people & outlets from their platforms based on their political opinions. This power will be abused time and time again to meddle in elections.
– The ban also sets the precedent that the mere charge alone of having committed “hate speech,” with no specific examples even provided, is enough to memory hole an individual or group’s digital presence.
– The ban is just part of a wider censorship purge that also use stealth censorship, shadow banning and algorithmic manipulation to hide and bury conservative content.
– Apple also chose to shut down Infowars after we repeatedly criticized them for working with and selling data to the Communist Chinese government. Just a coincidence, I’m sure.

Apple chose to shut down Infowars after repeated criticism of them selling data to and working with Communist Chinese government. Just a coincidence.


For conservative media outlets who don’t speak out because they don’t like Infowars, we have a message for you – you’re next.
Facebook banned Infowars after lobbying by both CNN and Democratic Congressman Ted Deutch (D-FL). This isn’t “just a private company,” this is brazen political censorship.
This is the outcome of the left refusing to debate their ideas and simply no platforming their adversaries instead.
This is the modern day electronic equivalent of book burning.
This is throwing dissidents in the Big Tech gulag because their voices were becoming too loud and having too much influence.
This is the purge. This is election meddling and COLLUSION.
It will only intensify unless lawmakers act now to introduce a Digital Bill of Rights and treat social media giants as telecommunications companies who are forbidden by law from discriminating against people and media outlets based on their political opinions.
_______________________________________________________________
SEE ALSO:


She was immediately suspended from Twitter as a result