ARGENTINIAN DOCTORS AGAINST THE ABORTION BILL: "I'M A DOCTOR, NOT A MURDERER" 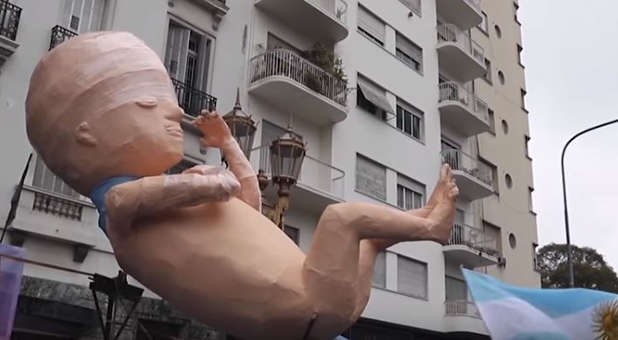 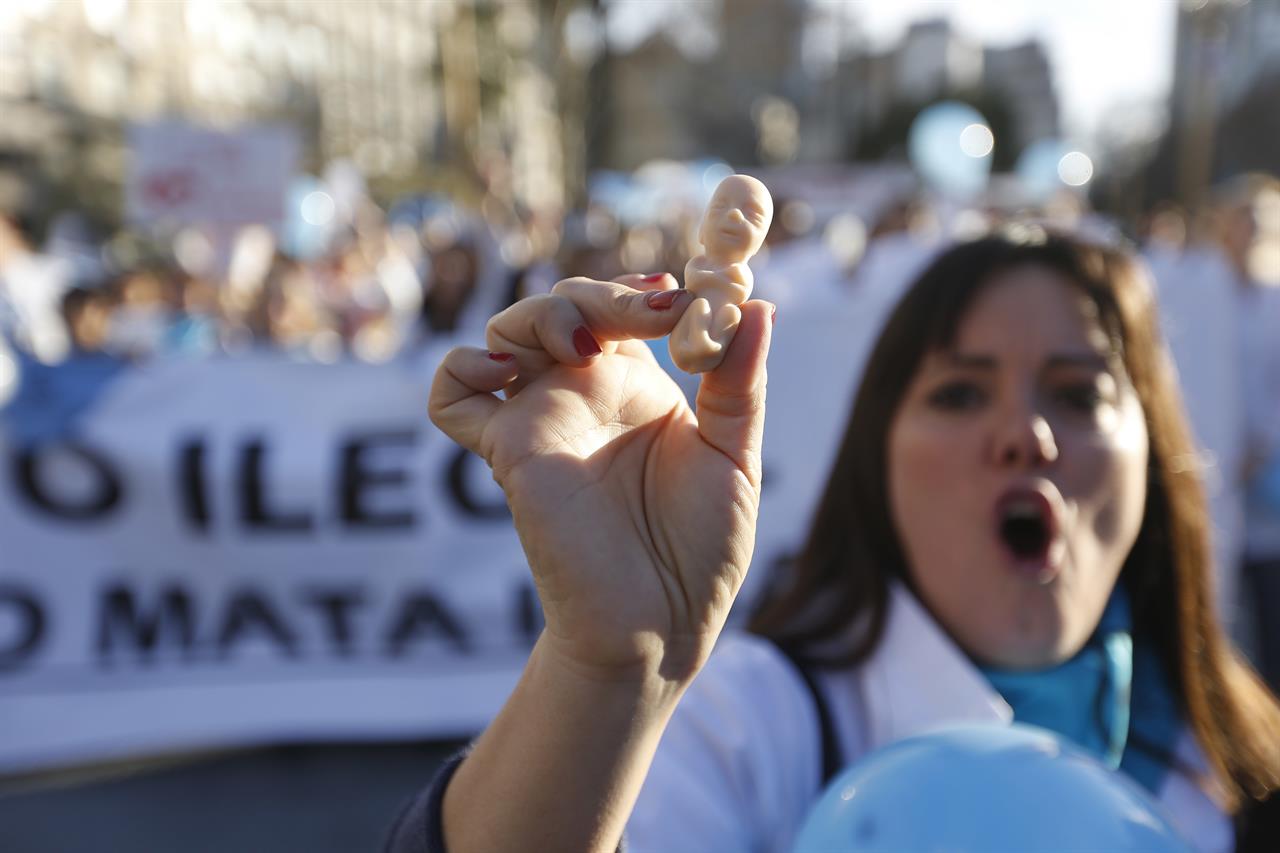 ARGENTINIAN DOCTORS AGAINST
THE ABORTION BILL:
"I'M A DOCTOR, NOT A MURDERER"
SEE: http://evangelicalfocus.com/lifetech/3724/Argentinian_doctors_against_the_abortion_Bill_Im_a_doctor_not_a_murderer; republished below in full unedited for informational, educational and research purposes:
“Human life begins at conception and to destroy a human embryo means impeding the birth of a human being”, Argentinian Academy of Medicine says in a statement. AUTHOR Evangelical Focus BUENOS AIRES 03 AUGUST 2018 16:55 h GMT+1 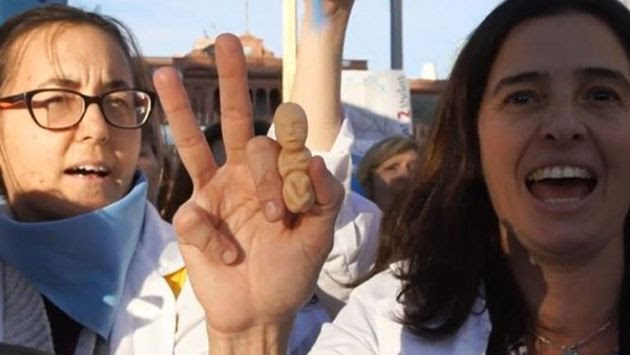 Argentinian doctors in one of the protests.
Hundreds of Argentinian doctors recently took the streets to protest against the abortion Bill that passed the lower house in June and will be debated on August 8. During the protests, many doctors held signs with the message, “I’m a doctor, not a murderer”. Some said they would rather go to jail than kill unborn babies in abortions. “How far are we willing to go to? Jail”, said Ernesto Beruti, chief of obstetrics at the Austral University Hospital. Even if the law is passed, “I’m not going to eliminate the life of a human being. The most important right is the right to live”, he added.
LEGAL ABORTION AT 14 WEEKS
Abortion is forbidden in Argentina, except in cases of rape, severe disabilities or threats to the mother’s life. However, the Bill proposes to legalize abortions for any reason up to 14 weeks of pregnancy, arguing that the measure will reduce women’s deaths. About 300 private and public hospitals across the country have shown their opposition to the legislation. Private hospitals denounce that the law would not allow them to opt out of performing abortions. Although individual doctors might be able to opt out, other confusing aspects of the law could make them vulnerable to prosecution and persecution for their beliefs. “Doctors can't work under the threat of prison time”, said Maria de los Angeles Carmona, Head of gynecology at the Eva Peron public Hospital.
MEDICAL INSTITUTIONS AGAINST THE BILL
Argentina's Federation of Gynecology and Obstetrics Societies issued a statement, expressing concern that “doctors who refuse to perform abortions on moral grounds might suffer professional discrimination”. Additionally, objectors would have to register, and they are worried that could be used to “blacklist” them at hospitals. The highly respected Argentinian Academy of Medicine is also against the Bill: “human life begins at conception and to destroy a human embryo means impeding the birth of a human being”, the pointed out in a statement. “Nothing good can come when society chooses death as a solution”, the Academy said.
LATE TERM ABORTIONS
Opponents also warn it could open the way to widespread late term abortions, because it waives the 14-week limit in cases of rape or when a woman's health is at stake. If the Bill is approved, Argentina will be the first nation to legalize abortion since a historic vote in Ireland to overturn its Eighth Amendment, which provided legal protections for unborn children. It would be one of the only nations in South America with legalized abortion on demand.
______________________________________________________________
UPDATE AUGUST 9, 2018:

Violence Erupts in Argentina After Plans 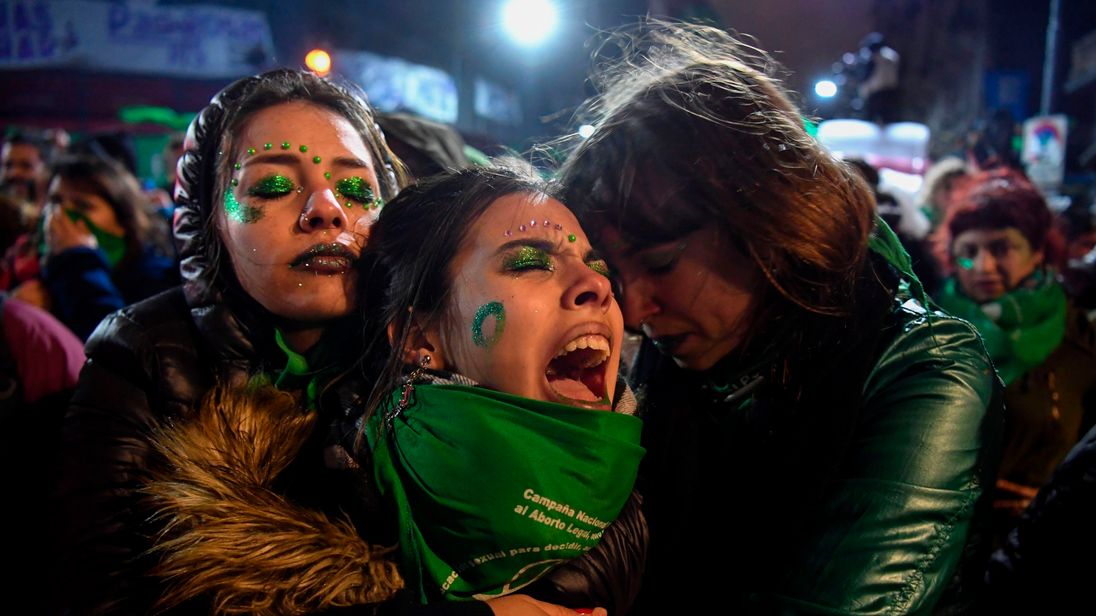 There was anguish among many activists when the result was announced
Supporters say dangerous abortions have killed thousands in the country - but politicians have voted against changing the law.

Meanwhile, at the city's Metropolitan Cathedral, a "mass for life" was held in support of keeping laws unchanged.
President Mauricio Macri, who is against abortion, had already said he would sign the bill after the country's lower house chose to support it - but senators voted it down 38 to 31.
Abortion is illegal in the South American country except in cases of rape or risks to a woman's health.


Many women, most of them poor, have dangerous and degrading abortions every year - and activists estimate 3,000 have died since 1983.
Some resort to using a clothes hanger wire or knitting needle to break the amniotic sac inside the womb, others take toxic mixtures or herbs that can prove fatal.


Supporters of the bill argued it would save lives, and the run-up to the vote sparked months of passionate debate and protest in the Catholic country.
Hundreds of doctors who opposed the bill had laid their white medical coats outside the presidential palace, while the pro-choice movement - in their signature green - held larger demonstrations and drew support from the likes of The Handmaid's Tale author Margaret Atwood and actress Susan Sarandon.
Amnesty International had told Argentinian politicians that "the world is watching", and Human Rights Watch said the country had a "historic opportunity" to protect women's rights.
Posted by John at 5:48 PM