"Despite the school system removing its lessons from the “Arab World Studies Notebook,” which, according to APT, consists of an “overt bias and unabashed propagandizing,” such as demonizing Israel in wars throughout its short history and praising Muslim soldiers for their “gentle treatment of civilian populations,” it then replaced the materials with ones that are “pro-Arab, anti-Israel and anti-Semitic."(FROM: https://www.jns.org/lawsuit-filed-in-newton-mass-over-anti-semitic-school-materials-in-classrooms/
NEWTON, MASSACHUSETTS: TAXPAYERS SUE OVER ANTI-SEMITIC, PRO-ISLAM PUBLIC SCHOOL LESSONS
BY ROBERT SPENCER
SEE: https://www.jihadwatch.org/2018/08/massachusetts-taxpayers-sue-over-anti-semitic-pro-islam-public-school-lessons; republished below in full unedited for informational, educational and research purposes:
At last, some pushback against what is a nationwide problem. 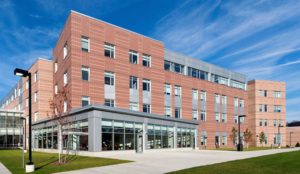 A group of Massachusetts-based taxpayers are suing the school committee in the city of Newton, a wealthy, liberal enclave, over what they claim is the leadership’s ongoing promotion of anti-Semitic school materials and the promotion of Islamic religious beliefs, according to an announcement from the organization handling the lawsuit.
Education Without Indoctrination, a local community group driving the lawsuit, “claims multiple violations of the Massachusetts Open Meeting Law stemming from the school committee’s handling of a burgeoning scandal over anti-Semitic lessons and the promotion of Islamic religious beliefs as objective facts in the public school district’s history classes,” according to a press release from the group.
The lawsuit stems from a controversy of Newton Public Schools use of what the group claims are “unvetted educational materials” produced by the Saudi Arabian oil company ARAMCO and the Qatari government, which has long been cited for its funding of terrorism.
“In teaching world history, Newton Public Schools (NPS) use unvetted educational materials funded by the Saudi oil company ARAMCO and the government of Qatar. As a result, Newton public school students are propagandized with materials that slander Israel and the Jewish people, and that falsify history to promote the Islamic religion in public schools,” the press release states.
“Just this past May, Newton North High School invited an anti-Semitic group to screen Palestinian propaganda films to its students,” it continues. “For this, NPS Superintendent David Fleishman earned a rebuke from the New England branch of the Anti-Defamation League and Boston’s Jewish Community Relations Council.”
Concerned parents have been stonewalled in their attempts to gain information from the school leadership about these activities, the group claims….