"STUFF" THEY DO
Beer & Hymns — A few times a year we meet in a local bar, drink beer and sing hymns. In Advent, we hold Beer & Carols.
Church-Drag-Queen-Bingo, Rock Climbing, Social Workers/Therapists Group,  Family & Children's Picnics, etc. — These are occasional events that are led by various HFASSers and announced on our Facebook group. 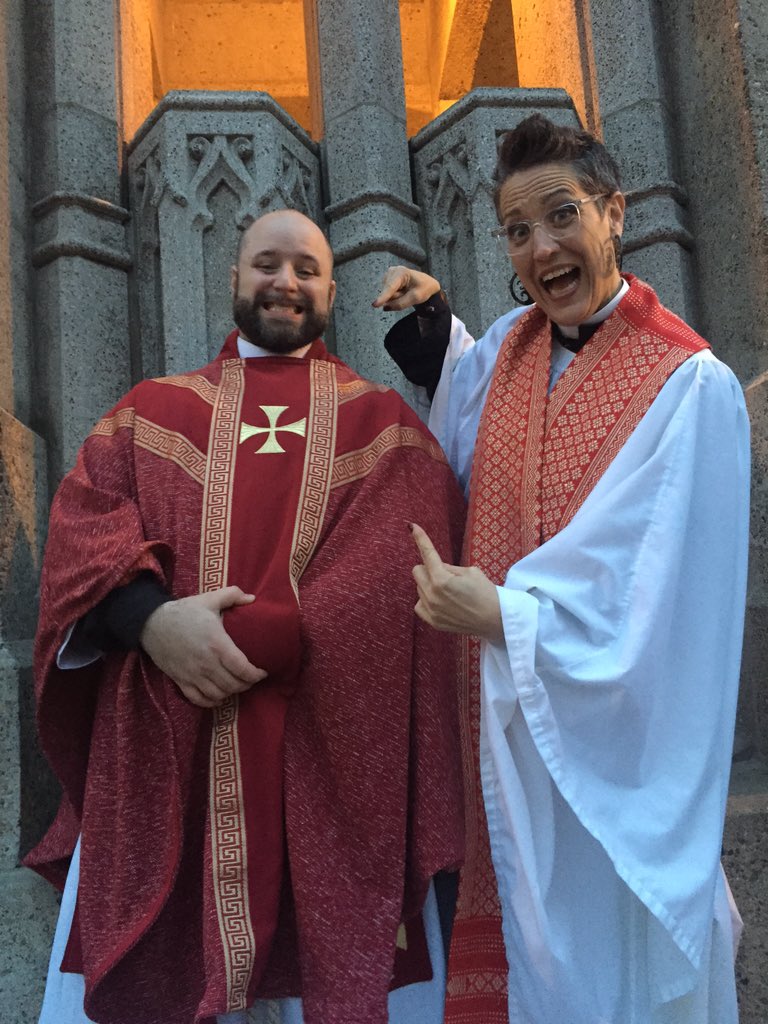 LUTHERAN PASTRIX NADIA BOLZ-WEBER STEPS DOWN FROM PASTORATE; REPLACED BY
GAY MAN "MARRIED" TO DRAG QUEEN
SEE: http://pulpitandpen.org/2018/08/16/nadia-bolz-weber-steps-down-from-pastorate-is-replaced-by-gay-man-married-to-drag-queen/;
Posted by John at 10:18 AM