This shows yet again that Saudi Arabia is no true friend or ally of the United States. It is wise not to break the alliance now, given Iran’s aspirations in the region and worldwide, but it should not be regarded with naivete. The History of Jihad From Muhammad to ISIS details how Saudi Arabia came to be in the context of an Islamic reformation which bodes no good for the non-Muslim West.
At the same time, if anyone is going to fund this sinister jihad-enabling agency, it shouldn’t be non-Muslim states, so in that sense, this is a positive development.
For the truth about the deep dishonesty of the UNRWA, see the new website UNRWA Dynasty, a project of the former Israeli Ambassador to the UN, Ron Prosor. It tells the real stories of “Palestinian” “refugees” -– people who are living quiet lives in countries such as Norway and elsewhere, and yet who still claim to be “refugees.” A fascinating site. 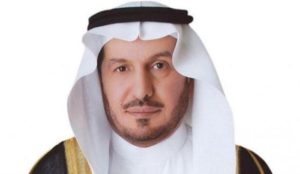 
Saudi Arabia pledged $50 million in aid on Wednesday to the UN agency for Palestinian refugees (UNRWA), which has been hit by the withdrawal of all US funding.
The announcement was made at a news conference in the Saudi capital by the director of the King Salman Humanitarian Aid and Relief Centre, Abdullah al-Rabeea.
UNRWA commissioner general Pierre Krahenbuhl told the news conference that the agency had succeeded in containing spending following the decision by the administration of President Donald Trump in August to end all funding.
The United States had been by far the biggest contributor to the UN Relief and Works Agency for Palestine refugees and the move dealt a massive blow to its already stretched finances.
Krahenbuhl said in Jordan last week that new funding pledges from Europe and other Gulf Arab states had allowed the agency to dramatically reduce the resulting budget shortfall, to just $21 million from $446 million at the start of the year….