POPE: COMMANDMENT TO LOVE ONE'S NEIGHBOR "IS NOT ABOUT PRE-SELECTING MY NEIGHBOR. THIS ISN'T CHRISTIAN." 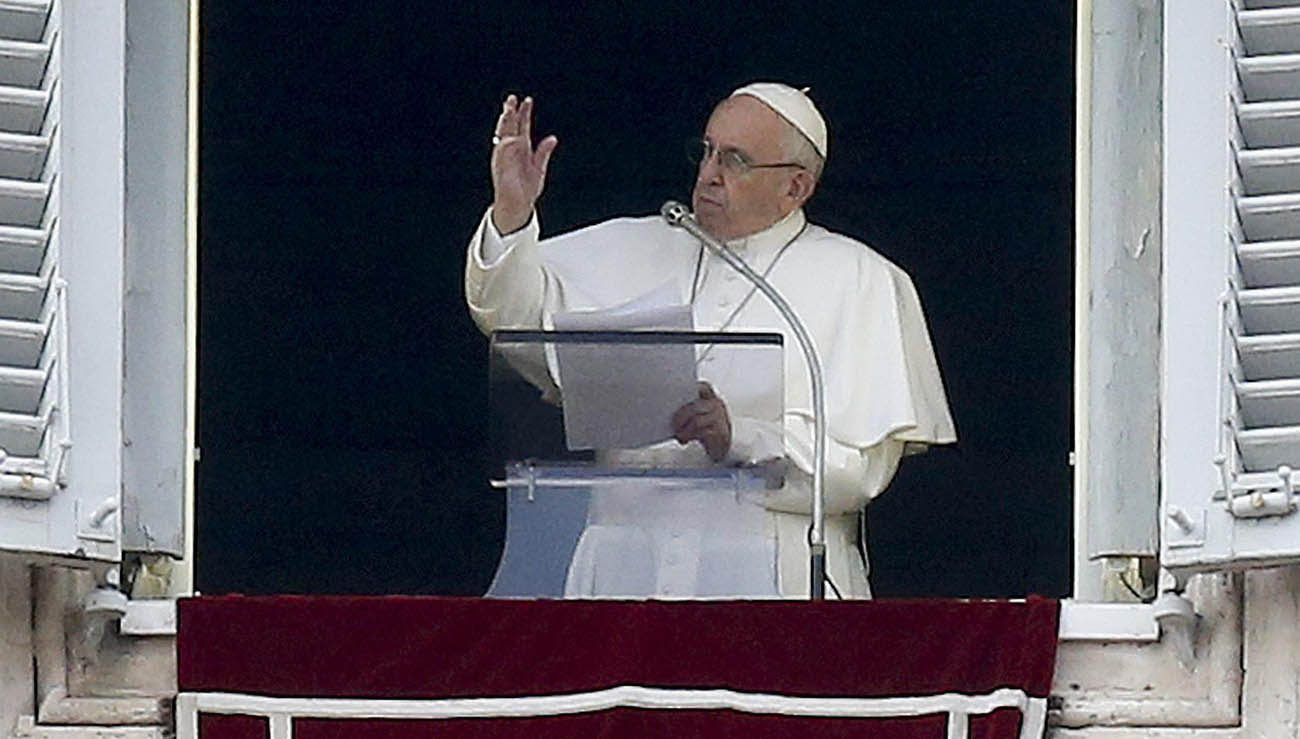 POPE: COMMANDMENT TO LOVE ONE'S NEIGHBOR
"IS NOT ABOUT PRE-SELECTING MY NEIGHBOR.
THIS ISN'T CHRISTIAN."
BY ROBERT SPENCER
SEE: https://www.jihadwatch.org/2018/11/pope-commandment-to-love-ones-neighbor-is-not-about-pre-selecting-my-neighbor-this-isnt-christian;
Pope Francis appears to be demanding that Christians welcome criminals, invaders, and Sharia supremacists into their nations, or else he will declare them un-Christian. He seems to be completely unconcerned about facts such as the following: all of the jihadis who murdered 130 people in Paris in November 2015 had just entered Europe as refugees. In February 2015, the Islamic State boasted it would soon flood Europe with as many as 500,000 refugees. The Lebanese Education Minister said in September 2015 that there were 20,000 jihadis among the refugees in camps in his country. On May 10, 2016, Patrick Calvar, the head of France’s DGSI internal intelligence agency, said that the Islamic State was using migrant routes through the Balkans to get jihadis into Europe.
And in the U.S., Somali Muslim migrant Mohammad Barry in February 2016 stabbed multiple patrons at a restaurant owned by an Israeli Arab Christian; Ahmad Khan Rahami, an Afghan Muslim migrant, in September 2016 set off bombs in New York City and New Jersey; Arcan Cetin, a Turkish Muslim migrant, in September 2016 murdered five people in a mall in Burlington, Washington; Dahir Adan, another Somali Muslim migrant, in October 2016 stabbed mall shoppers in St. Cloud while screaming “Allahu akbar”; and Abdul Razak Artan, yet another Somali Muslim migrant, in November 2016 injured nine people with car and knife attacks at Ohio State University. 72 jihad terrorists have come to the U.S. from the countries listed in Trump’s initial immigration ban.
Pope Francis has never expressed any concern about any of this. Of course, he has claimed risibly that “authentic Islam and the proper reading of the Koran are opposed to every form of violence.” This has become a superdogma in the Catholic Church: if you don’t believe that Islam is a Religion of Peace, you will be ruthlessly harassed and silenced by the U.S. Conference of Catholic Bishops (USCCB) and the hierarchy elsewhere as well. The bishops of the Catholic Church are much more concerned that you believe that Islam is a religion of peace than that you believe in, say, the Nicene Creed. And so what possible reason could there be to be concerned about these “refugees”? It’s a religion of peace!
The U.S. Catholic bishops, of course, have 91 million reasons — indeed, 534 million reasons — to turn against the truth and disregard the safety and security of the American people: “In the Fiscal Year 2016, the United States Conference of Catholic Bishops (USCCB) received more than $91 million in government funding for refugee resettlement. Over the past nine years, the USCCB has received a total of $534,788,660 in taxpayer dollars for refugee resettlement programs.”
“Leave them; they are blind guides. And if a blind man leads a blind man, both will fall into a pit.” (Matthew 15:14)
It was not always thus. For centuries, in fact, as I detail in my book The History of Jihad From Muhammad to ISIS, the Catholic Church was at the forefront of efforts to resist jihad aggression in Europe. In it, you’ll discover:
Click here to order The History of Jihad From Muhammad to ISIS.


VATICAN CITY — The commandment to love one’s neighbor does not mean Christians get to choose who gets help and who doesn’t, Pope Francis said.
“It is not about pre-selecting my neighbor,” he said. “This isn’t Christian, it is pagan.”
Christians must encounter everyone with the heart and eyes of Jesus, listening to and being near those in need, the pope said before reciting the Angelus Nov. 4 with people gathered in St. Peter’s Square.
The pope reflected on the day’s Gospel reading (Mk 12:28-34) in which Jesus says the greatest of all the commandments is to “love the Lord, your God with all your heart, with all your soul, with all your mind, and with all your strength,” followed by the commandment to “love your neighbor as yourself.”
The two commandments — like two sides of the same coin — cannot be separated and, therefore, must both be lived, the pope said.
However, he said, Mark does not worry about specifying who qualifies as a neighbor in his Gospel account because one’s neighbor “is the person I encounter on my journey during my day.”
“It is about having eyes to see (this person) and the heart to desire his well-being. If we practice seeing with Jesus’ gaze, we will always be ready to listen and near those who are in need,” he said.
While people’s needs require an appropriate response, they demand first and foremost a loving and caring approach, he added.
Someone who is hungry, for example, “needs not only a bowl of soup, but also a smile, to be listened to, and also a prayer, perhaps done together,” the pope said.
The day’s Gospel reading calls on Christians to not just address people’s most urgent material needs, but above all to be attentive to their need for friendship, meaning in life and tenderness, he said. “It’s about avoiding the risk of being a community that is made up of many initiatives but few relationships,” offering many services and little fellowship, Pope Francis said.
The “throwaway culture” has become a pandemic today, and it leaves migrants and displaced people without a voice and at the mercy of those who exploit them, Pope Francis said….