Inside The Satanic Trans Cult Recruitment Program For Children
BIBLICAL RESPONSE TO THE "QUEERING" OF THE CHURCH
https://www.godsvoice.us/
"The decision to use the conference subtitle:  "A Biblical Response to the Queering of the Church" is a result of those who are busy promoting "revoicing" the church to embrace all things "queer" as good, and even holy. The "LGBTQ+ Christians" go as far as communicating that there will be
"queer treasure found in heaven.""
GOD'S VOICE CONFERENCE TO EQUIP CHRISTIANS
TO STAND AGAINST "LGBTQ+ CHRISTIANITY"
INSIDE THE CHURCH~RESPONDING TO THE
"REVOICE" MOVEMENT
BY PETER LA BARBERA
SEE: https://americansfortruth.com/2018/11/10/gods-voice-conference-to-equip-christians-to-stand-against-lgbtq-christianity-inside-the-church-responding-to-revoice/;
Folks, I am very excited to be a part of the upcoming “God’s Voice” conference, with national Christian talk show host Janet Mefferd, Rev. Tom Littleton, Stephen Black, Robert Oscar Lopez, U.K. Christian advocate Andrea Williams and Rev. Al Baker. God’s Voice is responding to the nascent “Revoice” movement, which promotes the acceptance of a chaste LGBTQ “sexual minority” in the evangelical Church.
I will be speaking on how trendy “LGBTQ-inclusive Christianity”–even if well-intended–merely puts a Christian facade on the revolutionary “gay” idea of an aggrieved homosexual “minority” deserving affirmation in their aberrant self-identity. That notion, first championed in the U.S. by one-time Communist Harry Hay, is built on the idea that there is a separate group of humanity (the “gay” minority) who live by different sexual rules than the rest of us, as opposed to all people living under the same God-given, universal moral code.
We now see clearly the expanding chaos that this subversive “gay” ideology has engendered: if “identity” and “minority” status are derived essentially from one’s subjective feelings, and then awarded full “civil rights” status under the law, how can we as a society say no to new identities and minorities, such as “pansexuals,” “asexuals,” “non-binaries” and “genderqueers”? And mustn’t we affirm “gay” and LGBTQueer youth in their “identities”? If “truth” is subjective and judging is wrong (except judging “bigoted” Christians, of course), then how can we affirm one sexual/gender “minority” and not the other(s)?
Now this chaos threatens the Church itself. I wonder: why is there no discussion of recognizing and affirming other sin-based  “minorities” in the evangelical Church–say, lustful men (which I suspect is a rather common “orientation”)?
Christians are called to deny themselves, and especially their flesh (sins), for Jesus’ sake and to please God. Our identity is in Christ. But the “LGBTQ+ Christian” movement demands that the Church sympathetically recognize their non-biblical “identities,” even though they are rooted in sinful desires and self-deception (Romans 1/Jeremiah 17:9)). Invariably, the next step will be to demand, with ever greater zeal and vociferousness, that all “compassionate” Christians do the same, while shaming those who refuse to indulge homo-trans ideology.
It goes without saying that we should preach the Gospel and reach out with truth in the love of Jesus to all sexual strugglers. But LGBTQ (Lesbian, Gay, Bisexual, Transgender, Queer) ideology–though seductive in our victim-mongering culture like the Sirens of Greek mythology–is an ungodly, incrementalist agenda that Christians must reject in toto.
Please consider making plans to come to the “God’s Voice” conference in Oklahoma City February 22-23, to gird yourself in biblical truth so that you can better withstand the serious and growing threat of “LGBTQ Christianity.” More coming on this. — Peter LaBarbera, AFTAH; Twitter: @PeterLaBarbera
P.S. Unlike the “LGBTQ Christian” Revoice conference, God’s Voice will not be preemptively banishing potential critics from attending. (I was disinvited by Revoice’s organizer, Nate Collins, after paying and signing up to attend; see AFTAH story HERE.)

Contact: Don Otis, 719-275-7775
OKLAHOMA CITY, Okla., Nov. 6, 2018 /Christian Newswire/ — In response to recent attempts to “revoice” God’s Word on the critical issues of human sexuality and identity, First Stone Ministries is pleased to announce the GOD’S VOICE Conference, taking place Feb. 22 and 23, 2019, at First Moore Baptist Church in Moore, OK.
Subtitled: “A Biblical Response to the Queering of the Church,” the GOD’S VOICE Conference will be the Scriptural counter to a new “LGBTQ+ Christian” effort called Revoice, which has affirmed “gay, lesbian, same-sex-attracted, and other gender and sexual minority Christians,” “mixed-orientation marriages” and the concept of “redeeming queer culture.”
Organizer and conference speaker Stephen Black, executive director of First Stone Ministries, says, “it’s imperative that biblically faithful Christians, churches and denominations awaken to the threat of this new ‘LGBTQ+’ narrative, which radical activists and psychologists are pushing on our congregations.” In a continued response, Black says, “the church must once again listen only to the eternal, unchanging voice of God, whose Word alone conveys the truth about biblical sexuality and human identity.”
“We are living in a day when Bible-believing churches are being hit with a tsunami of an ‘LGBTQ+ Christian’ narrative,” Black said. “Many are being lied to by this messaging that LGBTQ+ people have a fixed orientation and that grace covers their same-sex attractions, leaving people stuck in sin and broken identities. This movement has a form of religion, but denies the power of the Holy Spirit, who transforms souls through the power of the gospel of Jesus Christ!”
Co-organizer and conference speaker Peter LaBarbera, president of Americans for Truth about Homosexuality, says “it is time for the church to take a firm and unwavering stand against the encroaching, unbiblical message of ‘sexual minorities’ and ‘sexual orientation.'”
LaBarbera continues by saying, “Standing on God’s infallible Word, our team of experts will dissect the web of lies that hold subversive ‘queer Christianity’ together. We will show how Revoice and the expanding, cunning ‘LGBTQ+ Christian’ network are rooted not in the Bible, but in the same homosexualist ideology that has turned truth and God’s created order on their heads in our culture. We cannot stand by and allow this same LGBTQ+ ideology to be advanced in the name of Jesus Christ!”
Other GOD’S VOICE Conference speakers include Dr. Robert Oscar Lopez, professor of humanities at Southwestern Baptist Theological Seminary; the Rev. Thomas Littleton, Southern Baptist pastor and evangelist; the Rev. Al Baker, an ordained minister in the Presbyterian Church in America; Andrea Minichiello Williams, founder and CEO of Christian Concern & Christian Legal Centre in the UK; and Janet Mefferd, host of the nationally syndicated, daily Christian radio talk shows “Janet Mefferd Today” and “Janet Mefferd Live.”
Black added that above all, the GOD’S VOICE Conference is designed to share the love of God and the hope of the gospel of Jesus Christ with everyone who attends. “This conference will be filled with the Word of God and His testimonies of transformation to bless the believer and unbeliever alike,” Black said.
The GOD’S VOICE Conference is set for Friday evening, Feb. 22, and Saturday, Feb. 23, 2019, at First Moore Baptist Church, 301 Northeast 27th Street, Moore, OK.
Early-bird registration for the GOD’S VOICE Conference is $60 through Dec. 31, 2018. To register and obtain more information, visit www.godsvoice.us. Also, be sure to connect with GOD’S VOICE Conference on Facebook, (www.facebook.com/GodsVoiceConference) Twitter (@GodsVoiceConf) and on Instagram at www.instagram.com/GodsVoiceConference.
First Stone Ministries is a 501(c)3, non-profit and non-denominational organization that ministers, educates and helps lead people to freedom from homosexuality and sexual brokenness through a personal relationship with Jesus Christ as Lord.
For more information, interviews or media please contact Don Otis at: 719.275.7775 or you can use the contact form at First Stone Ministries www.firststone.org/contact-us. 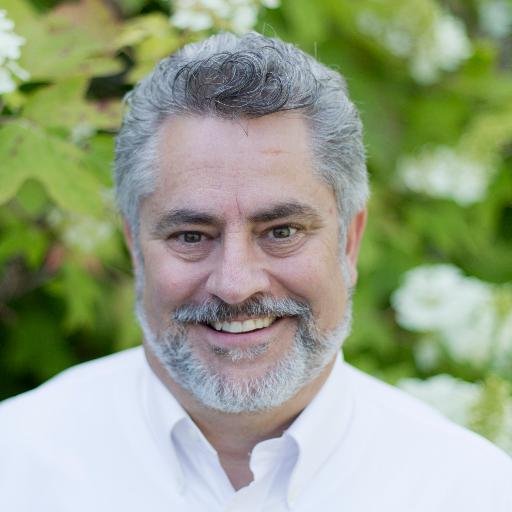 Christ Helps ‘Homosexuals’ Change: Stephen Black, who once lived as a “gay” man before accepting Christ and leaving the homosexual lifestyle, is among the speakers at the God’s Voice conference Feb. 22-23 in Oklahoma City. Black leads First Stone Ministries, which helps others overcome sexual brokenness. God’s Voice will be responding to “Revoice,” a July conference and movement that seeks to recognize (chaste) homosexuals as a “sexual minority” in the Christian Church. AFTAH president Peter LaBarbera, a speaker at God’s Voice, was disinvited and banned from attending Revoice by its organizer, Nate Collins. Black was also banned by Revoice.

https://www.firststone.org/
First Stone Ministries' Staff Proclaiming Freedom and Change from All Things LGBTQ+ Through A Sincere Relationship with Jesus Christ as Savior and Lord!