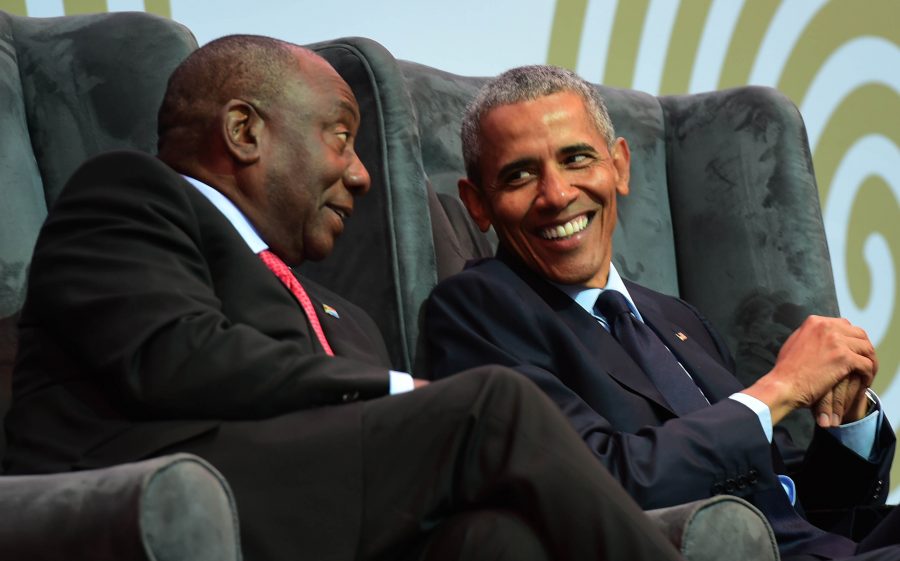 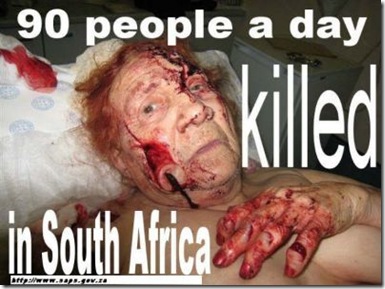 Regardless if government compensates them or not 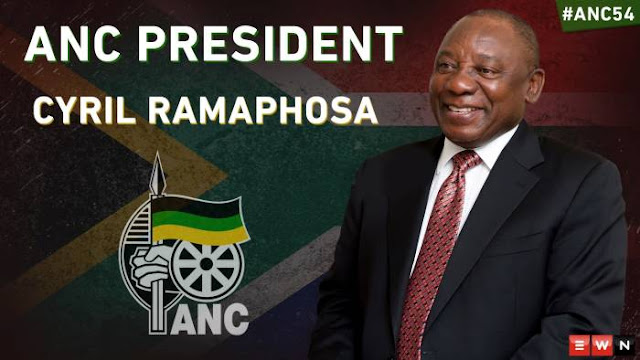 BY DAN LYMAN
SEE: https://www.newswars.com/south-africa-prez-white-farm-seizures-not-a-land-grab/; republished below in full unedited for informational, educational and research purposes:
South Africa’s president insists that the on-going seizure of white-owned farms “is no land grab” as his government falls under international scrutiny for what many see as a violation of private property rights.
President Cyril Ramaphosa defends what he calls “accelerated land reform” as a solution to “narrow gaps in income” and “severe inequality between black and white South Africans,” in his op-ed for the Financial Times.
Despite admitting the ruling African National Congress “recently resolved to propose a constitutional amendment that would make explicit the conditions under which land could justifiably be expropriated without compensation,” Ramaphosa claims the pursuance of such a course would actually reinforce rights for all South Africans.
“This is no land grab. Nor is it an assault on the private ownership of property,” Ramaphosa writes. “The proposals will not erode property rights, but will instead ensure that the rights of all South Africans, and not just those who currently own land, are strengthened. South Africa has learned from the experiences of other countries, both from what has worked and what has not, and will not make the same mistakes that others have made.”
“The proposal on expropriation without compensation is one element of a broader programme of land reform that seeks to ensure that all citizens can have their land rights recognized, whether they live in communal areas, informal settlements or on commercial farms.”
“Land reform in South Africa is a moral, social and economic imperative,” Ramaphosa concludes. “By bringing more land into productive use, by giving more South Africans assets and opportunities for sustainable livelihoods, the country is creating conditions for greater, more inclusive and more meaningful growth.”
In contrast to Ramaphosa’s defense of land seizure, the rhetoric of EFF leader Julius Malema – whom some believe to be the true driving force behind the shift in government policy – is decidedly more direct and brazen.
“Through land expropriation, we are forcing white people to share the land which was gained through a crime against the humanity of black and African people,” Malema said in a press conference last week. “We are not going to be distracted by anyone. Only death will stop us. Not Trump, not poverty, not sanctions… We know the consequences of what we are asking for.”
Dan Lyman:
______________________________________________________

Establishment putting their spin on the situation in South Africa

‘As a South African boer I can tell you guys that it is 100% correct what Mr. Trump said in his tweet’

BY ADAN SALAZAR
SEE: https://www.infowars.com/south-africans-say-trump-is-right-whites-farmers-being-slaughtered/; republished below in full unedited for informational, educational and research purposes:
Residents of South Africa are creating videos backing up US President Donald Trump’s claims that white farmers in South Africa are being murdered.
In riveting firsthand testimony uploaded to Twitter Monday, several South Africans pushed back against the mainstream media, testifying violence against whites is on the rise.
Danie Barnard, 32, a South African citizen, on Monday thanked President Trump for bringing attention to the issue and said he faces constant violence in the region. 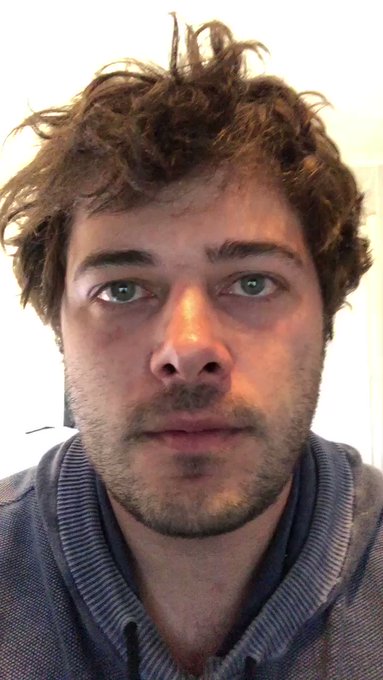 A message to the international community from a boer in #SouthAfrica the reality of our situation. Please RT. #FarmMurders #SouthAfrica


“As you all may know, President Trump last week Wednesday made a tweet about what is going on in South Africa and there was a lot of backlash from the fake news mainstream media, especially in the United States,” Barnard said, going on to say his grandfather was murdered on his farm.
“As a South African boer I can tell you guys that it is 100% correct what Mr. Trump said in his tweet.”
“We do not try to spread any false information, nor are we right wing extremists, or Nazis as they are calling us. We are only citizens that are fearing for our lives because we live in a very violent society in South Africa. And it is true. It’s not only the white South Africans but also the black South Africans, but the big difference here is our government actually encourages violence towards whites and endorses it…”
Here’s a video example of one chant mentioned by Barnard, in which South Africans call for killing whites.


A message from Barnard’s brother, Jacques, also backed Trump’s claims, noting he’s been the victim of home invasions and has had property stolen.
“I just want to say to the fake media: Sorry, it’s happening on a daily basis.” 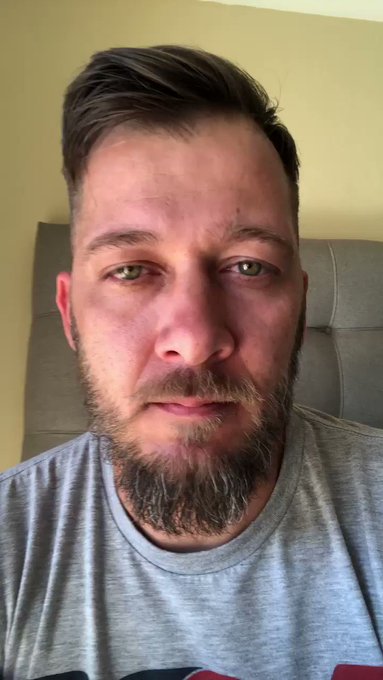 
“All we’re asking is for you guys to do the research. Find out for yourselves. Don’t believe the media. They are lying. They are trying to cover it up, but unfortunately, it’s true. People are dying every day in South Africa because of racial hate toward white people,” Jacques documented.
In another video a woman thanks Trump for calling attention to the dire situation, saying she’s been the victim of an armed robbery and carries a knife as a defensive measure.

Here is your chance to quote another Boer.


“Mainstream media, I dare you to quote me on this,” she adds.
President Trump faced criticism after he tweeted last week he would have Secretary of State Mike Pompeo look into the “large scale killing of farmers.”

I have asked Secretary of State @SecPompeo to closely study the South Africa land and farm seizures and expropriations and the large scale killing of farmers. “South African Government is now seizing land from white farmers.” @TuckerCarlson @FoxNews


“South African Government is now seizing land from white farmers,” the president wrote in his tweet, citing a Fox News report.
Following the tweet, the South African government issued a statement saying Trump’s perception of the issue was “based on false information.”
“South Africa totally rejects this narrow perception which only seeks to divide our nation and reminds us of our colonial past,” the government wrote in a tweet. “South Africa will speed up the pace of land reform in a careful and inclusive manner that does not divide our nation.”
On Monday South African Minister for International Relations and Cooperation Lindiwe Sisulu also slammed Trump in a CNN interview, saying it was “unfortunate” the president had “misinterpreted” the government’s goal of compulsory land redistribution.
Also on Monday, South Africa President Cyril Ramaphosa claimed the confiscation of white-owned farms “is no land grab” in a Financial Times op-ed, while going on to admit the African National Congress “recently resolved to propose a constitutional amendment that would make explicit the conditions under which land could justifiably be expropriated without compensation.”
Facebook: https://www.facebook.com/adan.salazar.735
Watch – EXPERT: ONLY PRESIDENT TRUMP CAN STOP GENOCIDE OF WHITE FARMERS IN SOUTH AFRICA

The History of the White South Africans
The drama unfolding in South Africa isn't just violence against whites, it's creeping genocide - and elements of the government are involved. Steve McNallen recounts his own experiences in South Africa as he gives us the facts and tells us what we need to do to help South African whites.