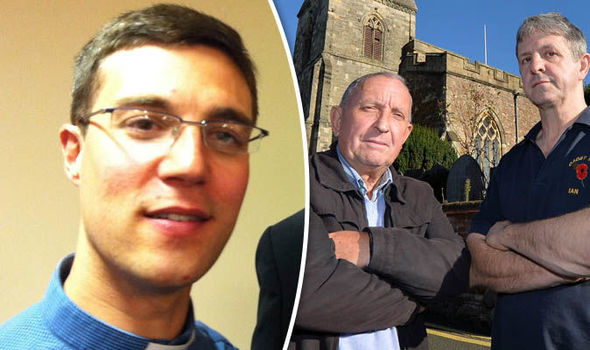 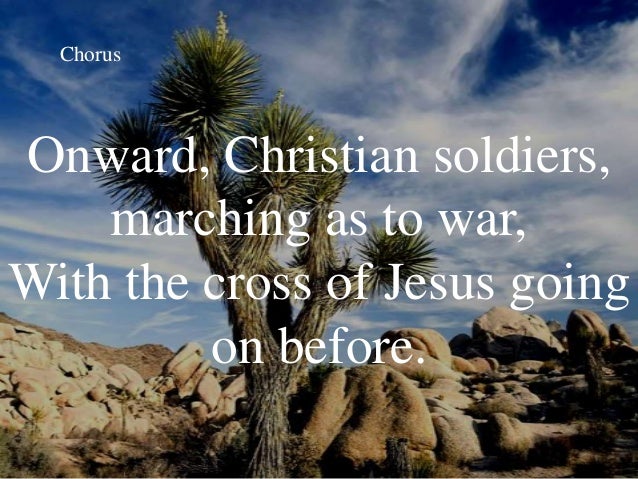 UK: VICAR BANS "ONWARD CHRISTIAN SOLDIERS" HYMN FROM REMEMBRANCE SUNDAY SERVICE IN CASE IT OFFENDS NON CHRISTIANS
BY ROBERT SPENCER
SEE: https://www.jihadwatch.org/2017/10/uk-vicar-bans-onward-christian-soldiers-hymn-from-remembrance-sunday-service-in-case-it-offends-non-christians;
Does the Rev. Steve Bailey think that once it abdicates its own cultural identity, Britain will have any ability to stand up to jihadis and Sharia supremacists?
Most likely, he has never given that a moment’s thought. He no doubt assumes that Islam is a Religion of Peace, and that if we show enough good will and provide enough money to the Tiny Minority of Extremists among Muslims, they will be integrated into British society, and everyone will march together into the glorious multicultural future.


A vicar has banned the rousing Onward Christian Soldiers hymn from a Remembrance Sunday service ‘in case it offends non-Christians’.
Furious members of a Royal British Legion club are now planning to boycott the service at St Peter’s Church in Oadby, Leicestershire after the Reverend Steve Bailey banned the hymn.
Participants march into the church to the traditional hymn at the end of the service every year.
But RBL members claim this year the vicar vetoed the hymn because people at the service would not necessarily be Christian.
Pete Green, chairman of the Oadby Royal British Legion club, said: ‘It is absolutely unbelievable. I have been going to Remembrance Services in Oadby since 1967, and Onward, Christian Soldiers has been sung ever year apart from one.
‘That was a few years ago, when another vicar tried to ban it. There was uproar then, and there is uproar now.
‘I’m disgusted, to be honest. As a result of the vicar’s decision I’m refusing to enter the church. I’m just going to lay a wreath.
‘We had hoped he might change his mind, but he is adamant it won’t be sung. He has refused point-blank. He says it is because we live in a multi-faith society – but people of all faiths serve in the British military, and have died for this country in wartime.
‘We also have many different religions within our 400 members here, and no-one has ever complained to me about it. The whole thing is quite upsetting really.’
Mr Green, 71, added: ‘Every year we lay our wreathes in Oadby, then walk half-a-mile or so to the church and walk in to Onward, Christian Soldiers. It is tradition, and I don’t see why he has to change it.
‘I’m hoping it will be changed back for next year. Sadly I think the church might be half-empty for the service this year – people really do feel that strongly about it.’
Onward, Christian Soldiers is a 19th-century English hymn which was adopted by the Salvation Army as its favourite processional.
The words were written by Sabine Baring-Gould in 1865, and the music composed by Arthur Sullivan in 1871.
The theme is taken from references in the New Testament to the Christian being a soldier for Christ.
Ramanlal Anand, a Hindu member of the legion, said he was ‘shocked’ when he heard the song had been banned.
The 77-year-old added: ‘I couldn’t understand it. I don’t see why anyone would have a problem with it at all.’
Ian Thorpe, 61, vice-chairman of the Oadby club, said: ‘I am not aware of a single complaint ever being made about the hymn being sung. If it isn’t broke, don’t fix it.
‘I have been attending that service since I was a child, and can always remember it being sung. Everyone here is very annoyed. It’s political correctness gone mad really.
‘If we went to a mosque we would not expect them to change their service to suit us, we would respect their traditions.
‘Its been sung by the legion since 1921 and its been part of the service since at least 1967.
‘The parade has people from all nationalities and backgrounds, from Sikhs to Hindus, and bikers, and each one of them is proud to stand there and sing this hymn.
‘We’re a multicultural town and proud of it but this is tradition and to change that out of fear of offending someone is ridiculous.
‘We know the hymn isn’t about soldiers of war, it was written before the wars, but it is symbolic and we should be able to sing it.
‘It is simply to honour the fallen and one family is planning to stand outside the church to sing it anyway, and I think many people will join in defiance.
‘Its just one man’s decision which has gone against the will of most people, from various religions, who all think we should be allowed to sing the hymn.’
In a statement issued by the Diocese of Leicester, Rev Steve Bailey said: ‘We agreed the change in hymn with the Oadby Royal British Legion who run this major civic event because members of the community from a wide range of cultural backgrounds attend this parade, service and laying of wreaths at the war memorial.
‘It is because the legion’s committee recognised that people from different faiths served in the Armed Forces that we will be singing All People That On Earth Do Dwell instead of Onwards Christian Soldiers….