MERKEL TRIED TO FORCE UNIONS TO HIRE MUSLIM MIGRANTS AS TRUCK DRIVERS
BY PAMELA GELLER
SEE: http://pamelageller.com/2016/12/merkel-tried-force-unions-hire-muslim-migrants-truck-drivers.html/;
You could not make this up if you tried.

ANGELA MERKEL tried to force German trade unions to accept asylum seekers as lorry drivers in a bitter row shortly before the Christmas market tragedy in Berlin.
The Express, December 22, 2016:
Angela Merkel pressured trade unions to take on refugees as lorry drivers before the terror attack
Twelve people were killed and 48 others injured when a man suspected of being an asylum seeker and part of the Islamic State terrorist group drove into a Christmas market in the country’s capital.
Up to £84,000 (100,000€) have been offered to find the 23-year-old Tunisian Anis Amri, who is believed to be armed and dangerous.
But as the country mourns the tragedy ahead of the festive season, it was revealed that Merkel had put massive pressure on unions to speed up the process in which unskilled refugees could be trained as lorry drivers.


The German leader said in September companies should “consider hiring and training refugees as lorry drivers” while they are awaiting their asylum procedure as there is a “big shortage of lorry drivers in the country.”
She said that the plan was to get a change in the rules to make it cheaper for them to apply for a licence, with the plan for them to pay just £420 (500€) to swap a Syrian driving licence for a German one.
Unveiling the plan she said: “We all need to be ready to implement practical solutions. We have only recently discussed in the Cabinet the possibilities of allowing a Syrian driving licence to be converted to a German one for 500€. 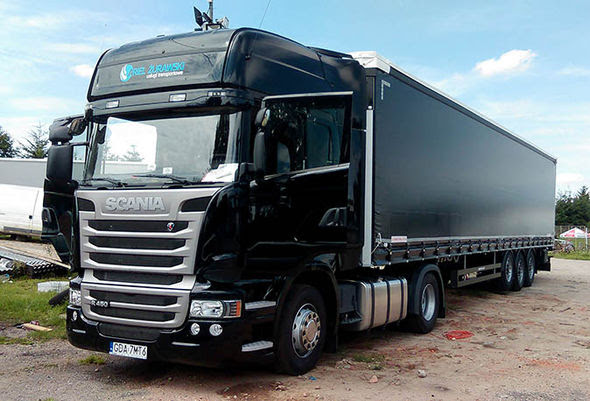 “And of course not every refugee will have 500 EUR, so what we want to do is set up a loan program where they can borrow the money. Then when they have been working, they can pay the 500€ back. At the end of the day, lorry drivers are needed all over the place.”
The Organisation of German Professional Lorry Drivers (BDBK) led the opposition to the plan.
At the time, BDBK chairman Wolfgang Westermann said: “We give a definite no to use refugees as lorry drivers. Professional lorry drivers need a thorough and qualified education. You cannot let everyone drive off in a 40-ton lorry.”
The GPS data of the highjacked lorry used in the Christmas market attack allegedly showed the difficulties for an untrained person learning to drive such a lorry. 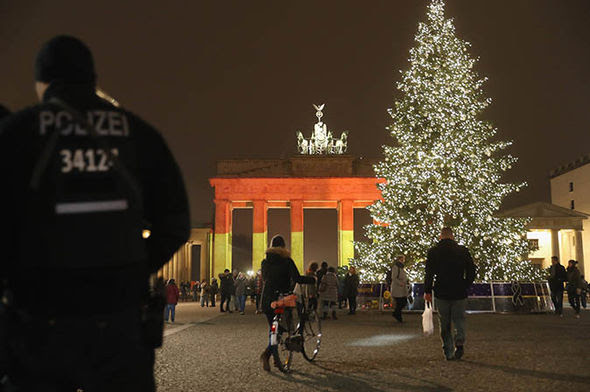 AFP
The supposed perpetrator of the Berlin attack, Anis Amri, is still at large

The manager of the Polish transport company which owns the lorry, said that the alleged perpetrator most likely did not have experience behind the wheel.
Ariel Zurawski said: “The GPS data suggests that somebody first needed to practice his driving.”
He explained that GPS data show that the lorry was driving in an “uncontrolled manner.”
Posted by John at 3:35 PM