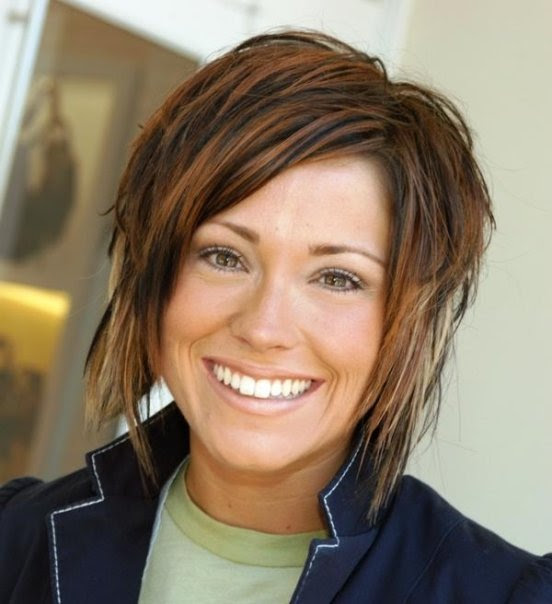 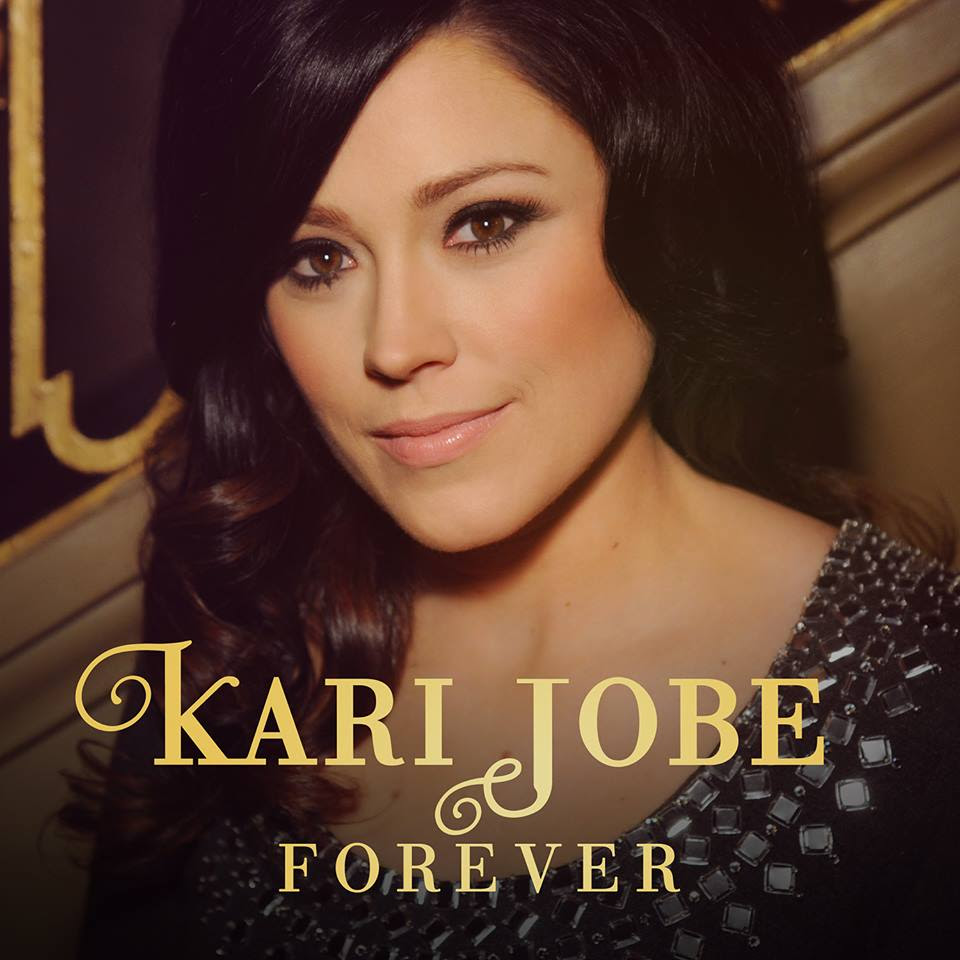 It’s never-ending. The apostasy, the lack of discernment, the gullibility. How can anyone who proclaims the name of Jesus Christ not recognize the dismal state of the professing church? Words cannot even begin to describe the how far away the church is from Christ in these days. The attractions, the concerts, the conferences. People joining hands with those teaching for shameful gain things they ought not to teach. This is not revival, but the falling away in it’s most deceptive and extreme form–a form of godliness that denies its power.
Tickets go on sale in May for Outcry Tour 2016. The music festival will be held in several cities around the nation, and features some of the most lauded names in “worship.” The groups include Hillsong, Kari Jobe, Rend Collective, Housefires, Urban Rescue, Chad Veach, and none other than Elevation Worship.
Now, I’m not exactly sure who these people are worshiping, but it isn’t Jesus. Yet, thousands of Christians are blindly sending their children to partake in this evil.
In the Charismatic Evangelical church, there is a movement known as the New Apostolic Reformation (NAR). It is a movement that elevates experience above doctrinal truth. Often times you will see many with contradictory beliefs about the basic tenets of Christianity come together in prayer and worship. This is the driving force behind this modern worship scene that’s creeping into once solid churches.
Hillsong United is among the most deceitful and subversive worship music movements. Hillsong music is popular, and is played throughout even some of the most theologically solid churches, deceptively luring people away from doctrinal truth and into an experiential form of idolatry that removes Jesus as the sole object of worship, and places the emphasis on ear-tickling lyrics and music that draws on people’s emotions. Read more about them here.
But another of Outcry’s featured singers, Kari Jobe, is also a popular musician being promoted in churches, especially to our youth. Jobe, out of seeker-sensitive NAR Robert Morris’ Gateway church, is known for popular songs like I Am Not Alone, and Love Came Down. She is also under the leadership of Gateway’s NAR Apostle and elder, Jack Hayford, author of the song Majesty, which teaches the heretical “Kingdom Now” theology. However, she is one of those who are teaching for shameful gain things she ought not to teach (Titus 1:11).
One of her most popular songs, Forever, published by Bethel Music (the same outfit that produced Jesus Culture), contains some really aberrant theology. Besides the fact that she’s a female pastor in a church, her theology alone should be enough to disqualify her as a teacher. Below is a sample of her lyrics:
One final breath He gave
As heaven looked awayThe Son of God was laid in darknessA battle in the graveThe war on death was wagedThe power of hell forever broken
Then, In an interview about her song, Forever, she said,

My favorite part of the whole thing is … we talk about the death on the cross and we talk about the resurrection,but that time in between was when Jesus was in hell rendering hell. And ransacking hell. And defeating the enemy – taking those keys to death and hell and the grave to be victorious over that when he rose from the dead.

Of course, we can pick apart almost any song, even some of the best traditional hymns. But the serious error here is that she is teaching a heresy that strikes at the heart of Christian theology, which is the death, burial and resurrection of Jesus Christ. She gets a pass, though, you know, because “artistic license and stuff.”
This idea that Jesus died and went to Hell stems from an old heresy that is prominent in Word of Faith circles that teach that Jesus died spiritually, and was “born again” after defeating Satan in Hell. Popular teachers of this false teaching are Joyce Meyer, Kenneth Copeland, and Creflo Dollar. Joyce Meyer writes in her book, The Most Important Decision You’ll Ever Make, the following:

Jesus paid on the cross and went to hell in my place. Then as God had promised, on the third day Jesus rose from the dead. The scene in the spirit realm went something like this: God rose up from his throne and said to demon powers tormenting the sinless son of God, “let him go.” Then the resurrection power of Almighty God went through hell and filled Jesus. On earth his grave where they had buried him was filled with light as the power of God filled his body. He was resurrected from the dead–the first born again man. (source)

For three days He suffered everything there is to suffer. Some people don’t want to believe that. They want to believe that after His death, Jesus just stayed in that upper region of Sheol that the Bible calls paradise, but they’re mistaken! If He had simply stayed there, there would have been no price paid for sin. (source)

This flies right in the face of biblical truth that Christ’s death on the cross was victorious over sin. Jesus proclaimed victory in his final breath on the cross (John 19:28-30). Jesus had no need to go to Hell to finish any work, and he certainly did not die spiritually (John 17:4, Acts 2:31, Col 2:14, etc.).
But if denying the power of the cross isn’t enough to turn your head away from Kari Jobe’s music, perhaps her treatment of Jesus would be enough to make your stomach turn. Another popular song, The More I Seek You, she treats Jesus more like a lover than a savior.
The more I seek you,
The more I find you
The more I find you, the more I love you
I wanna sit at your feet
Drink from the cup in your hand.
Lay back against you and breathe, feel your heart beat
This love is so deep, it’s more than I can stand.
I melt in your peace, it’s overwhelming
Besides the theology in this song just being plain horrible, she displays a total lack of understanding of God’s love for us. God’s love for us is not an erotic (Greek: eros) love, but agape. Agape is a parental, sacrificial, unconditional love, whereas eros is a bodily, emotional kind of love. The lyrics in this song pervert the nature of God’s love.
I don’t see how anyone could worship our sovereign God to music like this, yet the eroticizing of God’s love for us is gaining steam. Hillsong’s Forever Reign is another popular song in evangelical churches that does this, while Ann Voskamp, a popular women’s bible study writer, and author, pushes the same foolishness in her book, 1000 Gifts. Voskamp writes, “I fly to Paris and discover how to make love to God.”
One of the Hallmarks of NAR worship is to use repetitive phrases and rhythmic cadences to draw people into a trance-like state, believing that by doing so, you can have intimacy with God. In reality, what it does is cause people to zone out, and not really think about what they are saying. Being under the influence of NAR Apostle, Jack Hayford, who has been instrumental in transforming the worship music scene, it comes as no surprise that her music incorporates this tactic. Jack Hayford claims direct, divine revelation from God, and says that while driving by a Catholic church, God directly told him not to judge them. He says God directly said to him,

Why would I not be happy with a place [Catholic Church] where every morning the testimony of the blood of my Son is raised from the altar?

Being that the Catholic Church worships a false Jesus, you can rest assured that Hayford did not hear that from God. Yet, this is a man influencing Kari Jobe, and many other modern worship music artists.
All of this and more is what the evangelical church is feeding its sheep. Wolves, snake oil salesmen, bad theology…and nobody bats an eye. Children are being sent off to church camps and “Christian” concerts to be fed goat’s milk through worship. Sadly, many truly love Jesus, and desire to worship him rightly, but have no idea that their music is leading them down a path of destruction. Music is tearing down doctrinal lines and creating unholy alliances at a faster pace than once thought possible. No longer do Evangelicals, Catholics, and other professing Christians have to stand against each other over “matters of secondary importance…like the Bible,” we can now unite around our new idol of worship music.