Pope Francis And The Emerging

EXCERPT:
Since he has been Pope, Francis has expressed a desire for unity with the Eastern Orthodox, the Anglicans, and many other major Protestant denominations.  But more than a few eyebrows were raised when he recently sent a video message to Kenneth Copeland and his congregation.  At the time that the video message was played to the congregation, one speaker declared that “Luther’s protest is over”…

ON CONTEMPLATIVE SPIRITUALITY AND CHARISMANIA

WITHOUT THE [ROMAN CATHOLIC] CHURCH”

"We are galloping toward a one-world melding of religions, and the ramifications are staggering. Pope Francis has now sent a video message to Word of Faith father Kenneth Copeland, urging a reconciliation between Catholics and Charismatics.
“The Catholic and Charismatic Renewal is the hope of the Church,” exclaims Anglican Episcopal Bishop Tony Palmer, before a group of cheering followers at the Kenneth Copeland Ministries.   Palmer said those words are from the Vatican. Before playing the video message from Pope Francis to Kenneth Copeland, Palmer told the crowd,  “When my wife saw that she could be Catholic, and Charismatic, and Evangelical, and Pentecostal, and it was absolutely accepted in the Catholic Church, she said that she would like to reconnect her roots with the Catholic culture. So she did.”
The crowd cheered, as he continued, “Brothers and sisters, Luther’s protest is over. Is yours?”"

Convergent – The acknowledgement, celebration and combining (converging) of all the
great Christian Streams, blending them into ONE unified Christian experience.

Convergence is simply the “coming together” of the various expressions of Christ through His Body, the Church, which is currently fragmented into ONE wholesome united reflection of the combined glory of His image… Undivided.
Over the 2000 years of our common Christian history, Christ has released His character into His Body, His Church in the forms of various historical “movements”. These movements or “streams” have been officially recognised by the entire Christian Church as the following:
The great spiritual streams are: - Contemplative


Although all the above movements were recognised by all, they were not embraced by all! Theses streams were left to flow alone, and instead of God having ONE powerfully flowing river, He ended up with various trickling tributaries. Our diversity is Divine, but our division is diabolic!

If one takes time to study and experience each stream individually, we would find that each stream actually supports and feeds the other, and that none of them detract from the other at all. The various movements or streams are actually “inter-dependent” on each other.
Each stream contains a character of Christ Himself – We, the people of God, have divided Him and no-longer reveal Him as a UNITED Christ to His World that He came to Love and Save. We have divided our Saviour’s image… Convergence is simply experiencing Christ in His fullness by putting His image back together by converging the fragmented Christian expressions and streams.
Converging is simply giving back a complete picture of Jesus to a broken world whom is searching for a complete answer in a divided Church.
Diversity is the basis for true unity and completeness. Without each other’s diversity, we lack completeness. The diverse spiritual traditions actually complement each other, they were never meant to oppose each other. So convergence is not the “cloning” of any expression or denomination, but rather the celebration of what that expression can bring to the common image of Christ… For all that you have of God is what we lack… your gift of diversity was given to you so that you should bring to the Common table what you have and combine it with what we have to present a COMPLETE and UNITED image of Christ to the World!
We live in the generation of UNITY. God is uniting His fragmented characters. He is putting HIS image back together… Apostle Paul asked this very question when dealing with Christian division… “Is Christ divided?” … certainly not! Yet His image on earth is!
It is time for us bearing the image of God to humble ourselves and to embrace God’s will, and submit to His leading as He places the broken pieces together. We may find ourselves in uncomfortable places, with people we would not usually mix with, yet it seems right! God is converging the broken pieces of the human mirror so that we can reflect His complete glory in this generation.
I quote a dying man’s prayer: “I do not pray for these alone, but also for those who will believe in Me through their word; that they all may be one, as You, Father, are in Me, and I in You; that they also may be one in Us, that the world may believe that You sent Me. “And the glory which You gave Me I have given them, that they may be one just as We are one: “I in them, and You in Me; that they may be made perfect in one, and that the world may know that You have sent Me, and have loved them as You have loved Me. “Father, I desire that they also whom You gave Me may be with Me where I am, that they may behold My glory ….”
(Jesus Christ, circa 30AD)
Peace & Good!
Tony Palmer †
Community Minister and Founding Community Member
www.thearkcommunity.org
An Inter-denominational Christian Convergent Community within the Celtic Anglican Tradition.
Consecrated members of the Communion of Evangelical Episcopal Churches (CEEC). www.theceec.org
Tel: +44 0787 906 7827 (UK) or +39 333 834 9945 (Italy) – 39 Spring Meadows, Trowbridge, Wiltshire, BA14 0HD, England
____________________________________________________

Pope Francis recorded a message of reconciliation and unity between the Catholic Church and the Evangelical Church for Kenneth Copeland Ministries, a group of Pentecostal Christians in the United States. Bishop Tony Palmer, a bishop from a Pentecostal Christian community, did the camera work with an iPhone. The bishop also serves as international ecumenical officer for the Communion of Evangelical Episcopal Churches, a group that is not affiliated with the Anglican Communion, and which takes a much simpler view of the path to full Christian unity than the pope and the mainline Christian churches do. The translation used for the English subtitles on the video are not precise, but the pope's sincerity is clear.
http://cnsblog.wordpress.com/2014/02/...
http://www.youtube.com/watch?v=TsEJVP_eDAE

Pope Francis sends a private message of Reconciliation and Unity between the Catholic Church and the Evangelical Church by His personal Friend Bishop Tony Palmer. Pope Francis says 'We are Brothers - Let us Come Together like Joseph and His Brothers' !

Here is the transcript:

“Two rules: Love God above all, and love the other (neighbor), because he is your brother and sister. With these two rules we can go ahead. I am here with my brother, my bishop brother, Tony Palmer. We’ve been friends for years.
He told me about your conference, about your meeting. And it’s my pleasure to greet you. A greeting both joyful and nostalgic (yearning). Joyful because it gives me joy that you have come together to worship Jesus Christ the only Lord. And to pray to the Father and to receive the Holy Spirit. This brings me joy because we can see that God is working all over the world. Nostalgic (yearning) because but…it happens, as within our suburbs. In the suburbs there are families that love each other and families that don’t love each other. Families that come together and families who separate themselves. We are kind of…permit me to say, separated.
Separated because, it’s sin that has separated us, all our sins. The misunderstandings throughout history. It has been a long road of sins that we all shared in. Who is to blame? We all share the blame. We have all sinned. There is only one blameless, the Lord. I am nostalgic (yearning), that this separation comes to an end and gives us communion. I am nostalgic (yearning), of that embrace that the Holy Scripture speaks of when Joseph’s brothers began to starve from hunger, they went to Egypt, to buy, so that they could eat.
They went to buy. They had money. But they couldn’t eat the money. But there they found something more than food, they found their brother. All of us have currency. The currency of our culture. The currency of our history. We have lot of cultural riches, and religious riches. And we have diverse traditions. But we have to encounter one another as brothers. We must cry together like Joseph did. These tears will unite us. The tears of love.
I am speaking to you as a brother. I speak to you in a simple way. With joy and nostalgia (yearning). Let us allow our nostalgia (yearning) to grow, because this will propel us to find each other, to embrace one another. And together to worship Jesus Christ as the only Lord of History.
I thank you profoundly for listening to me. I thank you profoundly for allowing me to speak the language of the heart. And I also ask you a favor. Please pray for me, because I need your prayers. And I will pray for you, I will do it, but I need your prayers. And let us pray to the Lord that He unites us all. Come on, we are brothers. Let’s give each other a spiritual hug and let God complete the work that he has begun. And this is a miracle; the miracle of unity has begun.
A famous Italian author named Manzoni, once wrote in his novel, of a simle man amongst the people, who once said this, “I’ve never seen God begin a miracle without Him finishing it well.” He will complete this miracle of unity. I ask you to bless me, and I bless you. From brother to brother, I embrace you. Thank you.”

Is Kenneth Copeland a little Harlot?:


Note the day after I posted this video, it was changed and replaced with only the RCC bishop and his comments, it was chopped. So try this link, which has also been edited :http://youtu.be/uA4EPOfic5A
Short version only the Popes message titled Pope Francis' Message for Christian Unity at KCM:http://www.youtube.com/attribution_li...
Also please note that along with his comment that the ministers in attendance at the conference, the Bishop also mentioned their television ministries... knowing the far reach they had in the earth, so his message would go far and wide...basically!


Published on Feb 22, 2014
Pope Francis's message of Christian Unity
Deals partially with a Catholic and Lutheran statement of faith in 1999 and an understanding of Grace and Works. This video asks the question of what separates Christians and whether God's glory can unite us if we disregard correct teachings ie, is the need for church unity greater than correct doctrine and its requirement to understand the essence of our faith. Sounds unbelievable I know.

and Charismatics for UNITY


Published on Feb 24, 2014
A Charismatic conference with Kenneth Copeland Ministries and a video message from Pope Francis calling for unity with them.
Episcopal bishop says that Luther's protest (Protestant Reformation) is OVER! And that they are now "all Catholics".
Friends, we are living in the end times! Babylon's daughters are all returning to their mother.
http://www.youtube.com/watch?v=pkEFODS-L0Y 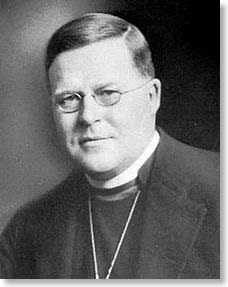