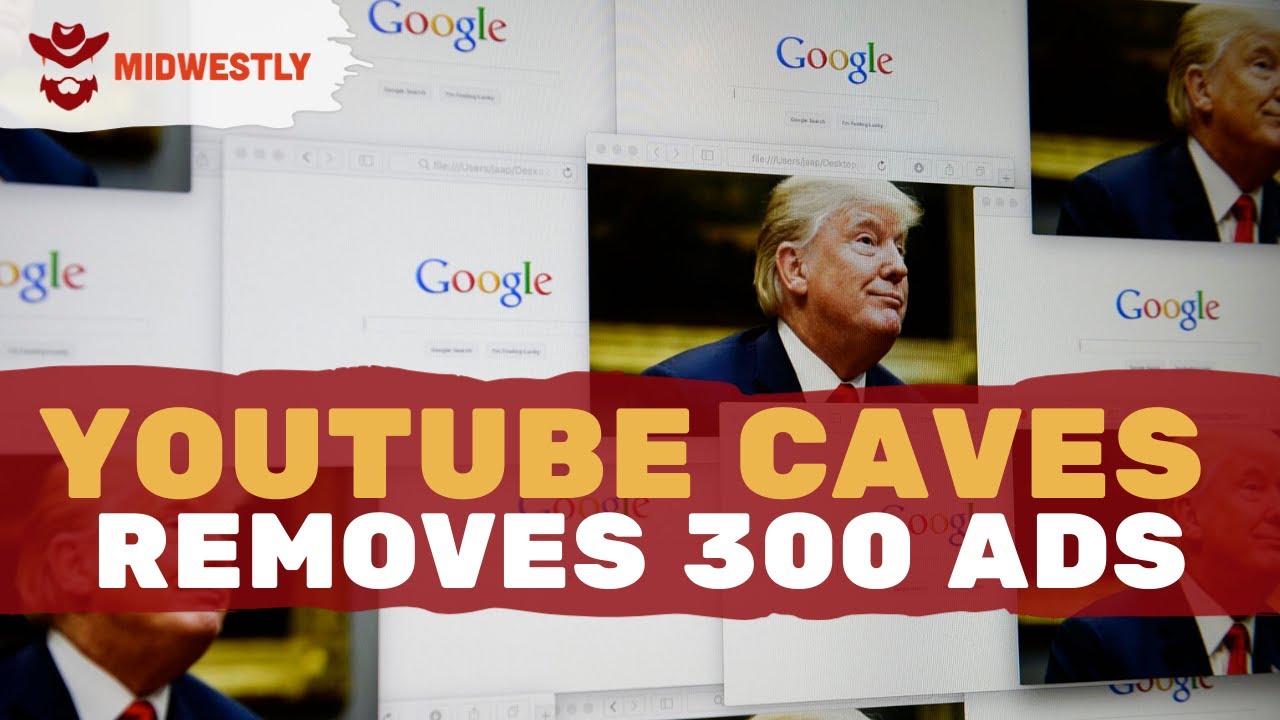 YOUTUBE BLOCKED MORE THAN
300 OF TRUMP'S ADS
BY R. CORT KIRKWOOD
SEE: https://www.thenewamerican.com/usnews/politics/item/34203-report-youtube-blocked-more-than-300-of-trump-s-ads;
Posted by John at 11:13 AM