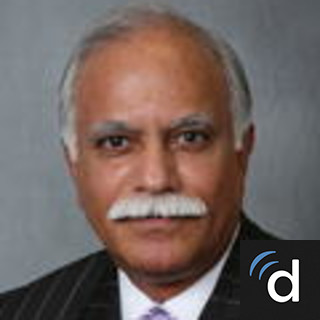 BY ROBERT SPENCER
SEE: https://www.jihadwatch.org/2019/11/virginia-muslim-migrant-doctor-tied-womens-tubes-performed-hysterectomies-without-their-consent; republished below in full unedited for informational, educational and research purposes:
Maybe Dr. Javaid Perwaiz is a cynical profiteer, and that’s all there is to this. However, we have seen Muslim doctors do this elsewhere. It may be relevant in this context that Islam forbids Muslim women to marry non-Muslim men, but Muslim men may marry Jewish or Christian women (or women from the other “People of the Book”). The upshot of that is that the Muslim community will perpetually be growing and the non-Muslim community declining.
Also, Houari Boumedienne, President of Algeria, said this at the UN in 1974: “One day, millions of men will leave the Southern Hemisphere to go to the Northern Hemisphere. And they will not go there as friends. Because they will go there to conquer it. And they will conquer it with their sons. The wombs of our women will give us victory.”
And Iranian army representative Abbas Mohammad Hassani said recently: “Childbearing in the current circumstances is considered a type of jihad and it would please the Almighty God. Enemies of Shiism are trying to prevent the Shiite population from growing, while they continue to increase their own population. All Shiites must, therefore, take on the jihad of childbearing to counter the goals and conspiracies of the enemies.”
Is it possible that Javaid Perwaiz has the same kind of mindset, believing that he is performing an Islamic duty by preventing Infidel women from having children? It cannot be discounted, but of course the possibility will never be investigated; to do so would be “Islamophobic.” 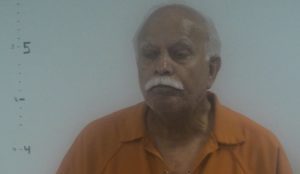 She wanted to have a child, but for years had trouble conceiving.
It wasn’t until the woman sought the help of a fertility specialist that she learned the reason: Her doctor had tied her tubes without her knowledge or consent, according to federal prosecutors.
The woman’s Fallopian tubes had been burned down to nubs, making it impossible to conceive naturally.
Javaid Perwaiz, 69, of Chesapeake, was arrested Friday on one count each of health care fraud and making false statements relating to health care matters. He later made an initial appearance in U.S. District Court in Norfolk while still wearing his green scrubs.
A federal magistrate ordered Perwaiz held without bond until at least next Thursday, when a detention hearing was scheduled. He noted prosecutors were concerned he might run….
Perwaiz has had a medical license since at least 1980, according to state records, having attended medical school in his native Pakistan and completed a residency at Charleston Area Medical Center.
He currently has two offices in Chesapeake, one on Churchland Boulevard and one on Wimbledon Square, and is affiliated with Bon Secours Maryview Medical Center and Chesapeake Regional Medical Center….
The FBI started investigating Perwaiz in September 2018, after receiving a tip from a hospital employee who suspected he was performing unnecessary surgeries on unsuspecting patients. The employee told investigators Perwaiz’s patients advised hospital staff they were there for their “annual clean outs,” according to an affidavit signed by FBI Special Agent Desiree Maxwell.
In many instances, the patients were not aware of the procedures they were undergoing. He was performing so many procedures, hospital staff also had a difficult time keeping up, the affidavit said.
The affidavit referenced a variety of medical procedures, including, hysterectomies, cystectomies, myomectomies, tubal ligation and dilation & curettage.
A hysterectomy is the removal of the uterus, a cystectomy is the removal of a cyst and a myomectomy is a removal of a uterine fibroid. Tubal ligation is a form of permanent birth control. A D&C is a procedure where a thin instrument is inserted into the uterus to remove tissue.
According to the affidavit, Perwaiz repeatedly subjected Medicaid patients to procedures, sometimes on an annual basis. From January 2014 to August 2018, he performed a surgical procedure on 40 percent of his Medicaid patients — 510 in all. Of those, 42 percent underwent two or more surgeries….
Perwaiz performed annual D&C surgeries on one of the patients based on a self-diagnosis she had endometriosis, the affidavit said. On at least one occasion, he scheduled her for a procedure without seeing her for an office visit.
The woman learned in 2014 Perwaiz had removed her Fallopian tubes without her consent or knowledge, the affidavit said….