ISRAEL WILL DEDUCT AMOUNT THAT "PALESTINIANS" PAY TO JIHADIS FROM FUNDS IT GIVES TO "PALESTINIAN" AUTHORITY
BY CHRISTINE DOUGLASS-WILLIAMS
SEE: https://www.jihadwatch.org/2019/02/israel-will-deduct-amount-palestinians-pay-to-jihadis-from-funds-it-gives-to-palestinian-authority;
republished below in full unedited for informational, educational and research purposes:
The Palestinian Authority has acknowledged its “NIS 1.2 billion annual budget” for its “Pay for Slay” payments “in 2017 and 2018.”
Now Israeli Prime Minister Benjamin Netanyahu has had enough, as he should have long ago. He stated with reference to Pay for Slay: “Let there be no doubt that Israel will deduct money that the Palestinian Authority pays terrorists and their families from the tariffs and duties it collects monthly on behalf of the PA and transfers to Ramallah.”
The PA minister for civilian affairs, Hussein al-Sheikh, has stated: “we affirm that if we have one dollar, we will spend it on the families of our martyrs and prisoners.” And Palestinian President Rami Hamdallah “and several senior Palestinian officials” have declared that any Israeli move to impact PA funding “will not deter the PA from continuing its financial aid to security prisoners and families of ‘martyrs.’” Western taxpayers have been unwittingly paying into “Pay for Slay.”
The Palestinian leadership has presented the murder of Israelis as a struggle against oppression, while Israel is fighting for its survival. Fooling naive Westerners with propagandist victimhood claims is part of the jihad campaign. 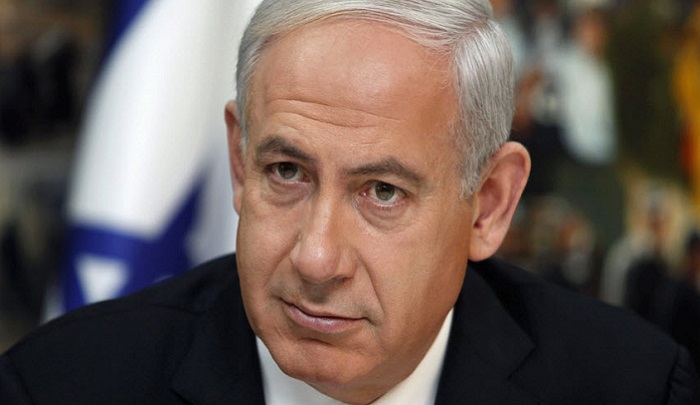 Let there be no doubt that Israel will deduct money that the Palestinian Authority pays terrorists and their families from the tariffs and duties it collects monthly on behalf of the PA and transfers to Ramallah, Prime Minister Benjamin Netanyahu said on Sunday.
Speaking at the start of the weekly cabinet meeting, Netanyahu said that by the end of the week, the “necessary staff work will be completed to implement the law” to deduct the money from the amount transferred to the PA.
“Next Sunday, I will convene the security cabinet and we will make the necessary decision to offset the funds. The money will be deducted – no one should have any doubt about it,” he said.
The PA has acknowledged that its annual budget for these payments in both 2017 and 2018 was NIS 1.2 billion.
It said last week that if Israel deducts the funds, the PA will not accept any of the money Israel transfers to it under the terms of the Oslo Accords – more than $100 million a month.
On July 7, the Knesset passed legislation introduced by Avi Dichter (Likud) and Elazar Stern (Yesh Atid) requiring the Defense Ministry to inform the security cabinet of how much the PA pays in “welfare payments to terrorists and their families,” which will then be deducted from the amount Israel transfers to the PA each month.
This legislation followed passage of the Taylor Force Act in the US, which ended most US assistance to the Palestinians unless the PA stops payments to terrorist and their families, so called “pay-to-slay.”…